Worldview as the Lead Process

The Pi process, being likewise fluid, does not subscribe itself to the rigidity that the judgment processes produce, yet, due to being a reactive process, it reduces activity in the body. This fluid reduction of momentum leads to a type of density in the body that may be best described as viscosity. It does not produce a sudden halt in the body, but instead the body drifts heavily with the inertia of the explorer process and its energy. 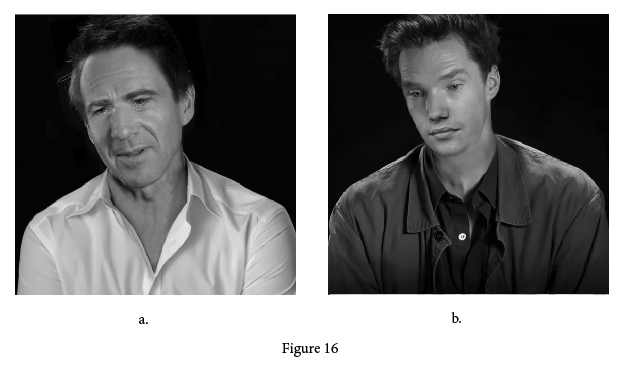 For a Pi type, the most typical pattern of movement begins with an initial excitation from the explorer process (in the form of a perk-up, body sway, or eye-diversion) and then the body lingers in the movement’s aftermath while steadying its gaze upon a fixed point. Such excitations are much less energetic than those of Pe lead types, and far less frequent.

The words momentum and inertia are not only analogous to the quality of movement these two types produce, but also of their psychology. The Pi process, as an object locked in Newtonian motion, retains its direction and nature until disturbed by an outside influence or catalyzed by the momentum of Pe. In Pi, this resilience to change is not due to an argument or principle that acts as the guardian against reconsideration, but simply due to the familiarity and affinity that the mind has to its existing mindset.

A tendency will exist to assimilate new data with pre-existing data; to keep the worldview map mostly unaltered and simply increase its size. This tendency will be unintentional; the psyche will effortlessly gravitate towards explaining the present through the lens of the past and in this way, Pi succeeds in retaining its shape, as much as possible, while also avoiding loss of predictability of the world.

Like the Pe process, the worldview process is directly involved with the activity of the eyes. Yet, unlike Pe, it does not go outward for information. This creates a paradoxical situation in which Pi autonomously engages the eyes in the typical activity of perception while the mind’s focus turns inward. This leaves the eyes fixated upon some point in the external environment that they only appear to be focusing on, while the actual object is being rejected.

This differs distinctly from the Ji process, which disengages the eyes wholly from the outer world in order to go inward. For Pi, the eyes still remain open and connected to the outside world due to it being a perception process, but its attention leaves the external and searches inward for a specific dataset in the person’s memory.

The user may be looking directly at a person, for entire minutes at a time, while their mind’s attention is doing nothing but drifting through internal landscapes, hopping from one dataset to another. An outside observer may register a distinct impression that the Pi type has utterly lost touch with the outside world, or with them, and is now lost chasing a trail of ideas that have been previously interconnected.

This tendency in Pi types is so common, that I often refer to it as Pi rambling. When this occurs, especially when accompanied with little or no Je gesticulation, the mind’s motivation turns entirely to the conveying of experience and not to any singular point. The Pi type may relay all that he or she knows about a certain topic, simply because the information is connected, without any direct or practical application to the situation.

While a long, fixed gaze may represent an unbroken span of worldview accessing, a less pronounced expression of Pi appears through eye-drifts. Pi types will commonly reference their Pi for brief moments by drifting their gaze to their left or right side, lingering for a moment as they recall the necessary information, then returning again to the person or focus of the discussion.

This pattern appears more commonly in those with proper development of their judgment processes, where the Pi type will alternate between worldview accessing and gesticulation. Yet the prevailing dynamic will be the eyes and their dominance over the face and body. The eye-drifts will often carry the head and body with them, casually swaying the person’s posture in that direction, then return again to the audience with the delivery of a gesticulation.

In the emotional sense, scowling is an expression used with several feelings such as anger, pain or shock – each of which carries within it an element of rejection, or defensiveness against some element of the world. It is also used, for reasons not entirely unrelated to the former, to block out sunlight and to focus the eyes more intently while searching for an object in the environment. Now, as my focus is not in deciphering emotional expressions (I would refer the reader to the works of Dr.Ekman for such an explanation) but rather in deciphering higher cognition, the latter use is what will be relevant to us here.

As yet another example of the psyche’s intimate connection with the face, and of the automatic crossover between it and the use of facial muscles, we see the action of scowling also performed when a person is more deeply and intently searching the bowels of memory. Now, scowling would not aid whatsoever in looking for a specific thought, memory or idea, as such things cannot be found in the outside world.

The tendency to scowl is instead the eyes’ natural response to intense perceptive focus – whether internal or external. It is a sort of vestigial activity of the eyes, a byproduct of an otherwise more directly advantageous gesture. When Pi is heavily accessed, scowling will accompany eye-drifts and fixed gazes, intensifying and relaxing depending on the obscurity of the recollection. And in other cases where the Pi process is exceptionally pronounced, the user may have a permanent scowl on their brow, accompanying their countenance in all manner of cognitive activity.