The NeFi type emerges when the Ne-Si oscillation is primary and lead by Ne, while supported by the Fi-Te judgment oscillation. Due to this type’s prioritization of both Ne and Fi, giving birth to a duo of off-beat processes that seek their own unconventional interpretations of meanings and reality – the NeFi can manifest a very diverse range of interests, specialties and lifepaths. There’s no position that other types occupy where an NeFi cannot also be found.Indeed, the search for one’s occupation may be a vexing dilemma for this type, often involving several shifts in career trajectory before a stable balance is achieved. The NeFi, chiefly among Ne types, faces the challenge of giving structure to an unsorted array of imaginations.

Having Fi rather than Ti as a supportive process, the monitoring and calibration of Ne is accomplished through a strong empathic resonance in values, rather than the purely logical dissipation of extraneous or contradictory data. Thus, the momentum halting effect of Ti gives the NeTi a stronger neutralization of Ne’s energy, while Fi’s invested sensitivity can work to fuel Ne’s buoyancy.

It is only when Te has been properly integrated into the psyche of the NeFi that Ne encounters an objective negation to its many hypothetical suspicions and interpretations; the tangible world acting as the sole measure of their feasibility. 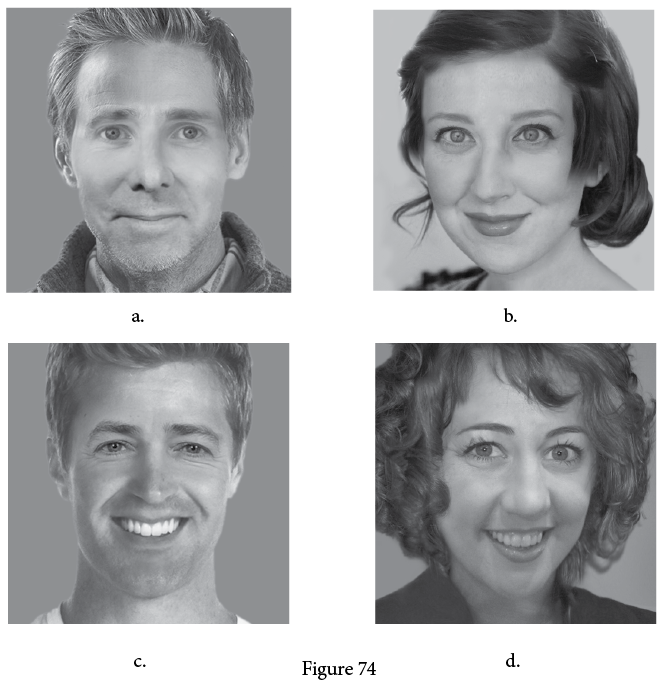 As with many proactive types, the energy of the primary process can at times be felt overwhelmingly. Especially during their youth, the NeFi may find herself unable to quell or direct this mental energy, eventuating all too commonly in a medical diagnosis of ADHD.

But as we are coming to understand, such a condition has been improperly conceived of as a disorder or illness in the past when it is instead far better described as a developmental challenge. This perspective shift has gained public support in recent years through Lara Honos-Webb Ph.D., the author of The Gift of ADHD (2013) and other professionals who have analyzed the long-term developmental differences between children diagnosed with ADHD and regular children. Research has demonstrated that throughout the years and into adulthood, there remain few notable differences or anomalies in brain scans between the two groups.[1]

But to highlight yet another dimension of social misunderstanding directed toward this type, the NeFi, when in possession of strong Fi, will also be prone to a mild diagnosis within the autistic spectrum. In youth, this type may start out unable to understand the social landscape around them and will manifest Fi very rawly in its most uncoordinated form, as discussed in previous chapters.

The result of these ill-assigned definitions is the overall portrayal of some iterations of NeFi as the rather ditzy, odd and socially inept genius. A duality will exist between the NeFi’s perceived lack of intelligence in matters of people and practicality, and a talent for generating novel solutions and interconnections between problems.

We see an expression of this in NeFi Albert Einstein who, along with having very noticeable Ne eyes, Fi giddy giggling[2] and Fi snarling smiles, is believed to have had a form of autism.

The NeFi will display an animated pair of naïve eyes which gently brushstroke their environment, carrying with them the head and body in a syncopated rhythm. Their eyes will oscillate between this casual toggling and occasional moments of Si concentration. Their buoyancy will be sprite-like, somewhat effeminate and unbridled. These traits are mirrored in their voice, giving them an invitingly playful and sing-song tone.

If Te has been sufficiently developed, their articulation will be speedy, rivaling that of the TeSi. Ne and Te will collaborate in this type to produce an avalanche of visualizations, ideas and methods; an off-the-cusp articulation. This may cause them to stutter and trip over their speech when they try to avalanche forward before having the words properly synthesized. In contrast, the NeTi more commonly struggles with hesitation before articulation due to its preemptive Fe-Ti filtration.

The directive of Te is initially opposed to the agenda of Ne, which seeks endless exploration where Te desires closure and operationalization. But when properly integrated, the combination of Ne’s momentum and Te’s logistical coordination creates a type with a high level of creative output.

The scattered entrepreneur will have a thirst for experimentation and dabbling which is more functional than theoretical. We see this entrepreneurship in NeFi Eesha Khare, who at the age of seventeen invented a new method of charging batteries using supercapacitors by growing nanotubes in the lab. In an different case, biologist NeFi Richard Lenski is pioneering a 25+ year experiment examining the natural mutations of an E. coli bacteria strain toward the acquisition of new traits.

But such innovations are not confined to science, spanning instead a wide area from gadget-building to cartoon animation and even comedy. Their education is often diverse, rather than specific, and may leap between many seemingly disconnected disciplines. This multidisciplinary tendency has been noted by TEDx guest NeFi Emily Wapnick, who encourages the polymath lifestyle for its interconnective potential.

When at their best, the entrepreneur will weave together their varied occupations to come up with novel and complex real-world solutions. When at their worst, the NeFi may suffer from a lack of focus, a tendency to tackle too much at a time and not give any interest enough resources to bring it to mastery.

As with all high Fi users, the NeFi can manifest in an emphemeral and emotionally sensitive form when Fi is nurtured. These types often take to more artistic pursuits such as music, theater and dance. Florence Welch and Lindsey Stirling are two such examples of the seelie NeFi. Stirling also demonstrates the aforementioned multidisciplinary tendency by effectively combining a violinist, dancer and dubstep remixer into her person.

But these types will possess another peculiar quality. The NeFi may gain sufficient mastery of the logistics of people and their sensitivities to execute a crafted presentation in a similar way to Fe. The NeFi manages these social dynamics through Ne’s ability to simulate situations in real-time, anticipating reactions based on association and responding via emulation. Their presentation and delivery will use Te gesticulations embedded with Ne’s levity and Fi’s seelie energy, resulting in a warm and actively inviting aura.

We see this approachable presentation in NeFi talk show hosts Ellen DeGeneres, Craig Ferguson and Jonathan Ross who possess an amiable and playful personality capable of managing intereactions with a diversity of guests.

We can, however, discern the subtle differences between this impact and the impact of Fe. The delivery of the faux-Fe is caring, good-willed and affable but lacks an element of social interdependency. For an Fe user, every interaction is an unspoken contract; a dance in which a dynamic is anticipated and its satisfaction or dismissal alters the energies of both parties.

For the faux-Fe, their emotions do not become entangled in quite the same manner; allowing them to retain their Fi’s independence. As a result, they will not dance in parallel to the flow of emotional energy; keeping their disposition, however generous, uniform or changing it only as they decide to from their own Fi.

This type, like the NeTi, can also manifest in quite withdrawn and externally unavailable forms. A disconnect may develop between this type and the tangible reality around them as the impetus of their Ne is addressed with purely abstract and conceptual dimensions of inquiry. This occurs due to Ne’s unique ability to divert its attention from the literal environment, despite being a proactive perception process.

As a Pe process, Ne will still be deeply engaged with some element of reality, but this engagement is turned to an object or element that is non-physical. They may be avid consumers of literature, fantasy, digital media, video games and all forms of sedentary interests.

Indeed, the NeFi who has not nurtured an understanding of human logistics and customs may turn to interests that do not center around human interaction; making them appear highly introverted in the common sense of the word.

Yet this attitude is quite different than what exists in the FiNe. The NeFi’s psychology will express a heavier indecisiveness in many topics, a greater tolerance for stimuli (of an abstract sort), and a markedly less conclusive Fi palate. The FiNe will carry a far more definitive crystallization in their framework, which the NeFi might find suffocating and restrictive.

It is the NeFi’s very receptivity to new information (as a Pe lead type) that causes a constant evolution of values  as well as a feeling of restriction when pivoted against a definitive paradigm. The NeFi introvert may find herself searching for her own deepest essence (Fi), but struggle with personal skepticism in deciding who they are as they re-imagine themselves often.

The NeFi introvert may dabble in many mystical or psychological systems of categorization, finding and keeping the tidbits that resonate with them and making from this a collage of an identity or philosophy.

For a complete account of this type’s vultology, we can look at interviews of the following NeFi public figures: