The FiNe type emerges when the Fi-Te oscillation is primary and lead by Fi, while supported by the Ne-Si perception oscillation. Having Fi as the leading process will tend the FiNe toward accidental radiation of emotional energy, accidental facial expressions and a softness in demeanor. The tension rising toward their nose may be strong, often remaining permanently present. And when combined with the naïveté and confusion of their Ne eyes, what can often result is a pained or wounded facial expression, independent of any actual discomfort.

Their eyes will scan the environment as they rest casually in their sockets, having a tendency to toggle and drift about lightly. As a compass type, their energy will be low-key, albeit emotionally active to some degree at all times. But when Fi is consulted more intently, they will disengage their eyes down as they process their judgments, pausing to reflect on their internal contents before delivering their stance. During these moments their snarling tension may increase due to a pinging of the emotional register.

The FiNe will have a very personally-crafted aesthetic and ethical framework which can form through a myriad of subtle conclusions – some outside of their own awareness. When Fi has yet to translate its framework into language through collaboration with Te, it will be felt as endless visceral emotional repulsions or attractions to concepts, ideas and objects. These judgments will be kept private and their external execution may bear no difference until an occasion presents itself which requires that they move logistically.

At that time they may object to certain actions which may appear trivial or unimportant to others but which violate some unspoken principle to the FiNe. If the FiNe’s motives are not well explained to others, they may be seen as needlessly difficult and fussy about such matters.

The FiNe’s momentum halting will not be quite as pronounced as we see it in Ti lead types, due to the cascading nature of Te’s gesticulations which require less accentuated intermissions. Upon a gesture’s delivery, they may display a level of snippiness in their body as well as a rattling of the head.

This type’s voice is almost always memorable, each one having an unordinary pitch or tempo. In those with an open and sensitive channel to their own emotions, this voice will be breathy and have a sing-song quality. In those whose Te is used as a protective membrane between them and the world, it will be nasal and pinched in a rather wounded way. 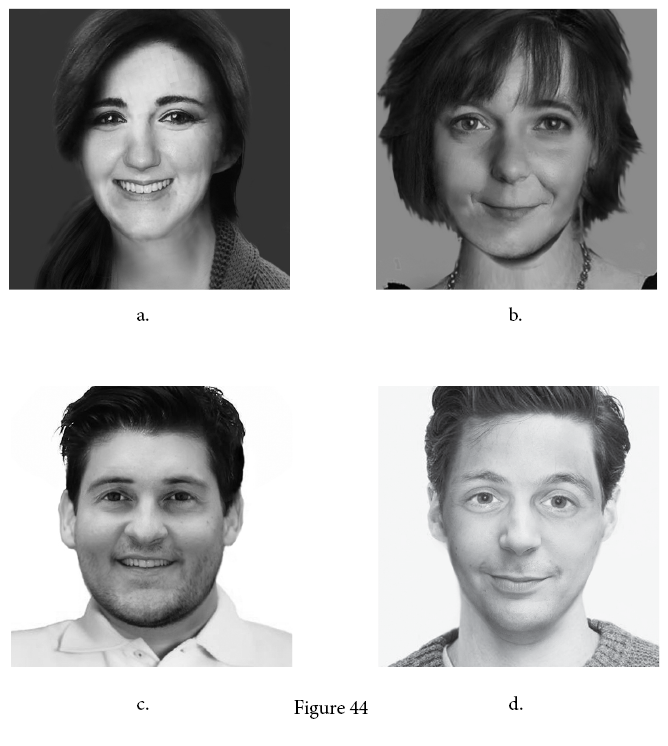 When the Fi and Ne processes are especially heavy, Ne’s buoyant energy will augment their already ephemeral and sprite-like character, creating an unreal aura unrivaled by any other type. The Ne process tends the user toward the imaginary and the possible – rather than the actual – and when this already disconnected perception combines with the emotionally charged idealism of Fi what results is a distinctly dream-like effect.

As Ne’s abstract perceptions emulate Fi’s already elusive framework, they create a far less anchored demeanor than what we see in other judgment types – earning this subtype the name of Seelie Fairy. More than in any other type, this subtype’s Fi will carry a whispery, bashful tone and giddy character. We find examples of this ephemeral quality in the young FiNe Liza Minnelli, as well as in FiNe Evanna Lynch. The latter’s role as Luna Lovegood in the Harry Potter movie franchise presents a decent, albeit limited, representation of this subtype.

When interacting with these individuals, one may be stricken by the feeling of suspension that surrounds them, as though they were interacting with a floating, magical entity. While this description may seem wholly fantastical, it’s no exaggeration to say that FiNe types can manifest in such ways. We owe this type’s fictional associations to European folklore, which carries in it heavy influences from this subtype.

In Western mythology, the FiNe type is commonly used to represent the anima spirit of the culture: the concept of female as seen in the male soul. Being itself a demographic heavy with these four cognitive functions (Fi-Te & Ne-Si), it is no surprise that we see the compass process Fi represented in their mythology in like manner as Ti exists at the heart of many Eastern philosophies.

Not all FiNe’s subscribe to a fairy-like demeanor. In other manifestations, the Te process can weigh far heavier in the psyche, leading this type into a deep interest for empirical study. As a polar process and companion of Fi, Te can play a critical role in the FiNe’s concept of reality.

It is the primary way in which this type comes to form a dynamic understanding of how their world operates, and it can provide solidity when their Fi and Ne processes cannot. However, the FiNe type will prefer to pursue these empirical investigations from the comfort of a conceptual setting, naturally leading to the scientist subtype.

Contrary to many descriptions of types by professors such as Beebes and Myers, it is not the TiNe type that can claim the title of the secluded scientist or physicist: it is in fact the FiNe that is most suited to that title. The TiNe type has no exceptional talent for understanding dynamic elements of logistical reality. Their talent lies in giving clarity and systemization to matters of social dynamics, better placing the TiNe’s talent in the domain of psychology and philosophy.

Additionally, it is a heavy misconception to consider the FiNe type to be gifted with any exceptional degree of dynamic emotional intelligence. As noted in previous chapters, it is the Fe process that excels at matters of tracking social dynamics, while Fi types can often struggle in such fields despite their strongly ethical presence. Hence, the social awkwardness often attributed to the TiNe type is likewise better represented in the FiNe type.

We see examples of FiNe scientists in Nobel Prize laureates such as Edward Witten, Neils Bohr, Bruce Beutler and Charles Kuen Kao. Another example of an FiNe in this shade is scientist Brian Cox, who has a well-rounded development and a capacity to convey his Fi sentiments to the general public using his gentle and alluring voice.

Almost always the level of breathiness in an Fi lead’s voice will be indicative of their non-reliance on Te in matters of personal principles. Heavy Fi types will also tend toward organic frameworks, honoring the mysteries of the soul and approaching human matters differently than logistical ones.

We see an example of this in an interview by Wim Kayzer with the exceptionally whispery Edward Witten. Notwithstanding a firm background in physics and a fundamentally empirical approach to knowledge, when speaking about the private and subjective, Witten defensively states:

Witten: What it is we’re experiencing when we experience consciousness, I see as remaining a mystery.

Witten: That’s what I tend to believe. I tend to think that the workings of the conscious brain will be alucinanted, to a large extent. So I tend to believe that biologists and perhaps physicists contributing will understand much better how the brain works. But why something that we call consciousness goes with those workings, I think will remain mysterious, and perhaps I’m mistaken. I have a much easier time imagining how we’d understand the big bang, even though we can’t do it yet, than I can imagine understanding consciousness.

For Witten and surely for other FiNe scientists, the domain of the human heart is not compromised or subjected to the reductionist and objective thinking of Te. Priority is still given to the complexity of human nature even though a keen interest for the logistical may exist.

This is not always the case when Te is prioritized above Fi, encouraging types to diminish the personal as “merely subjective” and sometimes irrelevant to life’s dynamics. Naturally, each FiNe’s framework will hold its own particularities, but a general reverence for the soul, however it’s come to be defined, will always persist.

At other times, we see Fi being heavy while all other processes still remain lacking in their expression and development. Such types will be deeply affected by their own internal causalities, as prompted by their internal or external environment, and unable to coordinate those inner impressions.

We see a particularly moving example of this FiNe portrayed by Joaquin Phoenix as Theodore in the 2013 film Her. Theodore, a kind-hearted recluse whose job requires composing tender letters for strangers using his own emotional landscapes, represents the paradox between this subtype’s deep feeling yet stark disconnect from people. We see in him the affection of Fi and what a powerful influence it can have in their life while giving little capacity for connectivity although it births a great capacity for empathy.

This disconnect is by no means intentional, but a consequence of lacking a proactive channel for interaction, whether it be their Ne or Te. Theodore’s breathy voice, difficulty conveying his thoughts and his passivity all reflect an absence of Je. It’s been my observation that these types can suffer great depressions due to having a distinct need for the emotional connections they find so difficult to attain.

But there is a sister iteration of this subtype – the social sensitivist – wherein Fi remains strong but not so inwardly directed as to render relatability  and interaction impossible. This FiNe is surprisingly influential and able to resonate with others in transformative and sobering ways.

They may invest a lifetime in understanding humanity, but do it from the inside-out. While many Fe types approach the question of humanity from the outside-in (by how visibilities and experiences prompt an occasion for contemplating human dynamics and structures), the FiNe discovers what it means to be human by inner searching and searching also within those closest to them. From this personal understanding, a philanthropic philosophy can often emerge.

Because of Fi’s non-economical thinking, emotional reciprocity is not the primary motivator behind their own Ji beliefs and attitudes. As such the FiNe sensitivist, when very seelie, will manifest in highly altruistic forms. The social sensitivist may become involved in political activism, charities and awareness-raising despite the social challenges they may confront by being in the spotlight.

For a complete account of this type’s vultology, we can look at interviews of the following FiNe public figures: