Is he the right one for me? Have I found my soulmate? Or will differences in our nature cause irreconcilable trouble down the line? These can be some of the most important questions of our life, and deserve a serious answer. But first I have to get a few things out of the way, starting with how...

Nature is Approximately 50% of the Equation 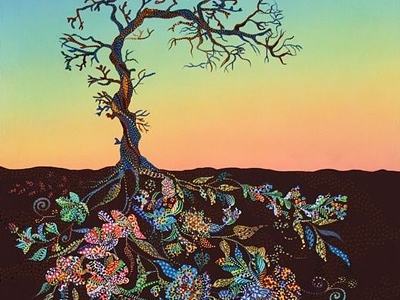 As is touched upon in this article, the phenomenon of type is at most around half of the answer as to why two people may be similar to each other in terms of personality. Much of what makes people compatible has to do with shared life interests, beliefs, environmental upbringing, subtype, culture, religion, love styles, and a host of other variables that are unrelated to type. Nature and nurture are both a duality, and if enough of the right circumstantial variables are in place, any two types can make life work.

Having said that, the other 50% is significant and should not be overlooked either. We may find our relationship with someone collapsing not because we lack the same interests or beliefs, but merely because of temperamental differences that lie deep at the roots of our being. And because we cannot change our fundamental nature, an incompatibility at this level can become a life long point of friction and indeed has been the source of much pain and heartbreak in our society.

The CT model is not intended to be a matchmaking tool - nor is that something we can ever guarantee - but an understanding of these innate differences in people inevitably brings into focus the question of compatibility. There are two general schools of thought in regards to the question of compatibility: opposites attract, and likes attract. Each approach carries different pros and cons, and it is up to each of us to decide what works best for us, or if an intermediate approach is better suited to our life-path.

In this approach, a pairing happens with someone of the opposite temperament than yours, or with different function pairings. If you are an FiNe then you may be with a TeSi or SeTi. Or if you're a TiNe then you may be in a relationship with an NiTe. 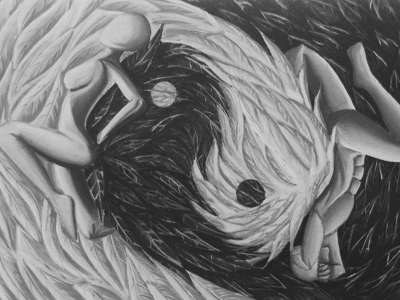 Compensation: For the FiNe in a relationship with a TeSi, the TeSi takes the lead role in financial affairs and naturally fills in the logistical weaknesses left behind by the FiNe. And the TeSi, who may struggle to be vulnerable and connect with their own heart will have their sensitivity drawn our of them by the gentle prying of the FiNe. They may be attracted to each other precisely because they fill in a missing piece of the other's puzzle. If the FiNe is with the SeTi instead, then she may learn about a whole new kinesthetic domain that she would have never ventured into by herself. The diversity in their views becomes a source of learning, however it can also be a source of great misunderstanding. One day - or a week or two - the FiNe really needs to stay home and be immobile, and the TeSi may not understand how someone could be idle for so long, leading to a heated argument.

Co-dependence: There are a couple directions the story could go. As time passes, the FiNe may try to bridge the differences between them by learning more about logistics, practicality and planning from the TeSi. In another scenario the TeSi may - from his own nature - be drawn to always take the lead in planning outings and events (things he enjoys, and which the FiNe is happy he enjoys more than she). And the FiNe may always handle the relations between people, ever apologizing for her husband's blunt humor. Neither learns how to grow into the other's domain because that space is already occupied and taken care of by the other party. This leads to a co-dependent arrangement where each is, in subtle ways, inhibited from growing by the comfort brought upon in the union.

Wholeness as a Set: However, as a whole the pairing represents a complete set. Every main dimension of life is handled by one of them or the other, and so long as they keep to their respective roles, life goes on smoothly. They each fulfill one side of an ancient duality. But the trade-off to this is that such individuals will be inclined to remain in standard or one-sided development, as they are tilted toward one side of things rather than growing into a self-sustained individual. In the worst case scenario, one may feel like they cannot survive without the other, and will be afraid of the world as well as the development they have put off in themselves for so long. Should the friction between their opposite natures ever reach a climax, both will enter their loneliness with a crippling lopsidedness which will prompt the beginning of the individuation process.

In this approach, a pairing happens with someone of a similar temperament and who shares one or both function pairings. If you are a TiNe, then you may be with an FiNe or another TiNe. If you're an SeFi then you might be in a relationship with an FiSe. 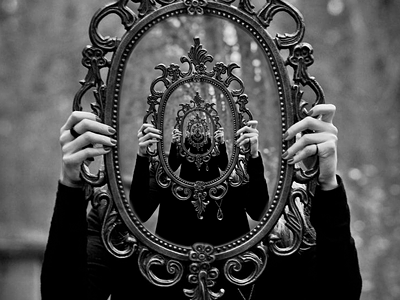 Compounding Strengths: For the two who are the same type, they will receive validation, acceptance and encouragement for their natural dispositions. They may feel like twin souls, and be able to riff off one another; heading higher and higher up in the same dynamic. If it's a pair of NeFi's, they may both present more and more ideas to each other - brainstorming and creating an explosion of artistic potential. This can maximize the primary function's operation, refining its development by having two minds approaching the problem the same way. Unlike the pair of opposites, who both also stay in the state of their primary function - their native state is not augmented and refined by the other, but toned down by the repressive relationship that exists. The pair of opposites may feel at times guilty for their nature, and attempt not to express it as transparently as they'd like to.

Compounding Weaknesses: However, this compounding of strengths also leads to a compounding of weaknesses. Now the pair of NeFi's is twice as scattered, and twice as likely to remain unorganized and unproductive. What is worse is, neither can pick up the slack for the other, and over time both develop a keen awareness of what their own traits and flaws look like from the outside. Living with the other becomes like looking in a mirror who you reflect back - creating a "mirror in a mirror in a mirror" effect. And as nobody is around to compensate for their failings, it is up to both of them to scrap together what willpower and function development they can, to fill the missing pieces of their mutual life.

Wholeness as an Individual: In this approach, both individuals share a parallel path but they do not form a duality between each other. Instead, each acts as a reflection to the other, in order so that both can develop into a complete person by themselves. Unlike the pair of opposites, the parallel pair will be catalyzed more quickly into the individuation process and begin to address the gaps in their own development. While both relationship types will suffer from constant conflict, the conflicts between the pair of opposites will revolve around how to curve the rough edges of their personalities so as to not cause friction among each other, while the conflicts between the parallel pair will revolve around how to maximize their individual talents while also bringing into consciousness the absent parts of themselves which are causing them mutual difficulties.

While it's impossible to give a definitive spectrum of compatibility between the sixteen types, owning to how many different ways similarities can be calculated, the diagram below is an approximation of how these types compare to each other on a scale of similarities.

Do bear in mind that this diagram is a rough estimate of similarity, and by no means a definitive indicator of compatibility. Subtype can greatly affect this scale, as well as many other factors that can determine whether two people work in rhythm with each other. We are still researching trends among couples - so be on the lookout for new insights to come!