The NeTi type emerges when the Ne-Si oscillation is primary and lead by Ne, while supported by the Ti-Fe judgment oscillation. Having Pe as their energetic quadrant, the NeTi will have a natural level of excitation that will accompany them at all times.Even when they remain steady or composed, there will be bouyancy and quickness in their movements whenever they do shift their bodily trajectory. Unlike the TiNe, they will not struggle or strain so much to exert an emotional push, but instead accelerate into both gesticulation and fluidity far more seamlessly. Nonetheless, compared to the NeFi, they will still hold more of a technical, glitchy articulation style.

The presence of Ti-Fe in this type will cause brief moments of momentum loss right before any judgment is delivered. In contrast, the NeFi will have a completely open channel between Ne and Te, with no stuttering or hesitation. Outside of situations in which meticulous articulation is necessary, the NeTi will have a loose, swaying posture as they’re carried about by Ne’s energetic undercurrent. Their eyes may carry a sparkle of wonder and appear childish or innocent. 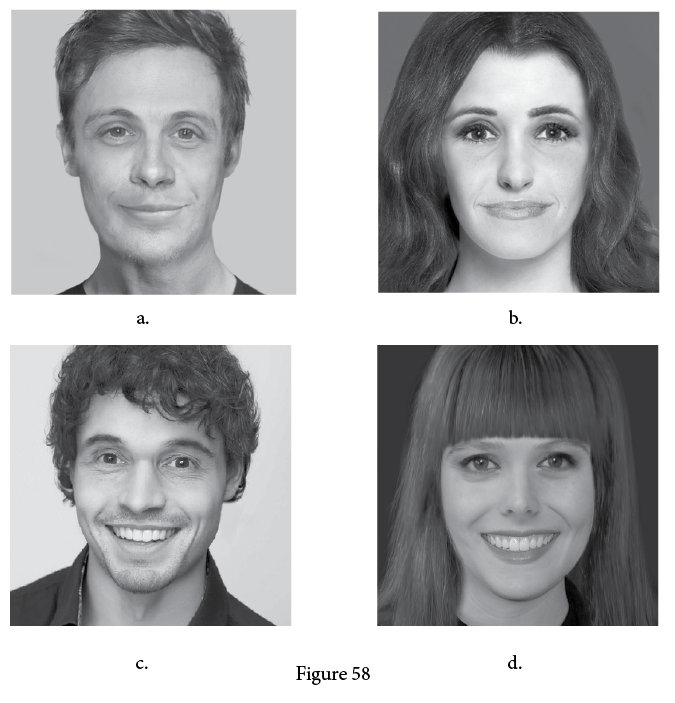 Absent of any damaging life circumstances, the NeTi will express a natural level of optimism and show an ability to speculate roundabout ways of conceptualizing problems which appear to lack any direct solution given all available information.

While these roundabout methods don’t guarantee a solution each time, the NeTi’s mental tenacity will succeed more often than many in resolving unknowns by exhausting even avenues with low probability of success. “Out of 50 guesses, at least 2 or 3 gotta hit the mark” is more or less the unvoiced mentality of this type. This hearkens back to Ne-Si’s plurality of perception, as opposed to Ni-Se’s linearity of vision.

However, in situations where more data is in fact available, an NeTi may err in relying excessively on the brainstorming process of Ne when a far more direct solution would come from historical study. After such intense energy expenditures, the NeTi may discover that they have reinvented the wheel – although this may be more amusing than upsetting to the NeTi, who deeply enjoys such speculation for its own sake.

Having Ti prioritized above Fe, this type is prone to have an absence of tension in the area immediately below the eyes. Their cheeks will generally remain flat until a smile from Fe struggles to overtake them, only to stop short of a complete consumption, as seen in Figure 58.c.

Like the SeTi, the NeTi’s use of Fe will be placid and supplementary. Fe is far more commonly used in emulation; as a tool of adaptation and communication. Rarely will an NeTi champion ethical causes with the same vigor as other judgment types. Instead it is Si which plays a more critical role in the NeTi’s appearance as well as psychology.

The NeTi’s eyes will continually oscillate between Si’s scowling and Ne’s toggling, at times doing both simultaneously when data is created from abstracting or recalled from memory. Like the SiFe, the NeTi may become a trivia bank – a collector of concepts – but the tendency to collect data clusters will not be put to use in the creation of a rigid worldview, but to build a broader range of potential connections.

When their affinity for proxies – the outward dramatization of their Ne’s associations and caricatures – overwhelms this type’s expression, we come across the NeTi comedian. This subtype is vivid, filled with momentum and has a strong talent for realtime improvisation. Here the term ‘comedian’ does not refer to a profession, but instead to a personality that, by sheer virtue of its own energy, easily entertains itself and others.

Yet, some NeTi do take to comedic performance as a profession, as seen in people like Jim Carrey, Tessa Violet and Tim Minchin. Jim Carrey is an exceptionally clear example of this subtype. Unlike many other actors, Carrey’s filmography has been crafted around his own personality and spontaneous energy. Rather than accommodating his acting to a role, more often directors have presented roles to him which they believe fit his character, giving Carrey freedom to add his unscripted material where possible.

These types are also usually memetic sponges; they will use the trivia-based caricatures and formations of Ne-Si to expand their scope of references and parodies. A single word, a sound, or scenario may spark a meme into thought and then the meme is immediately enacted, like the singing of the butterfly in The Last Unicorn (1982) film by Arthur Rankin Jr.

When seeking to identify this subtype visually, the NeTi shouldn’t be identified by their proxies alone but, like all types, through all their facial signals as seen in an interview format. This is because the NeTi comedian will often use articulation itself is as a prop for performance. Facial expressions are also used as tools for comic delivery. This approach is typically different from the NiTe deadpan comedian or other Pi types who speak (rather than emulate) the experience.

Untethered, abstract speculation is a favorite pastime for the NeTi, given the precedent renouncing nature of Ne and Ti’s axiomatic rationalizations wich are divorced from the objective situation. Hypotheses, at varying levels of completion, may emerge from this type and continually evolve over time as problems and solutions are reimagined.

Yet this subtype isn’t without polar functions, which allows this pastime to become a more serious pursuit. We see an example of this subtype in NeTi Adam Savage from the TV series MythBusters. Another example we find is NeTi Lawrence Krauss, whose hyoptheses enter a more academic realm. Krauss’ articulation style provides us with an excellent example of Ti’s glitchiness in the NeTi.

In a 2012 interview with Richard Dawkins at ASU, we see Krauss’s energetic momentum causing incessant stuttering and repetition as Ne’s diversity of thought is bottlenecked by Ti’s meticulous speech. Thoughts intercept one another and sentences will veer off into tangents as more related datasets are identified in realtime.

In a fascinating portrayal of this subtype, NeTi Matthew Gray Gubler plays Dr. Spencer Reed in the TV series Criminal Minds. Dr.Reed is a self-kept, socially awkward genius who at first glance reminds us very much of the TiNe. But upon closer examination, despite the efforts of the NeTi actor to convey an introverted personality, Dr.Reed’s energetic level still emanates Gubler’s psychology in the acceleration of his jittery movements and fast-pace cross-contextualization, hearkening back to the dabbling theorist.

Additionally, Dr.Reed is portrayed as being a savant with a capacity to read and perfectly archive any literature work into memory, and this once again speaks more strongly to the trivia-forming quality of Si-Ne. In a reflection of this, throughout the series, his greatest contributions to the criminal investigation unit are in providing relevant information and in brainstorming the probability of certain outcomes. More rarely does he display qualities of decisiveness, judgment and conclusive deliberation.

In the years since C.G. Jung’s initial conceptualization of the word introversion, it has come to take an exclusively behavioristic meaning in modern culture, defined by a reluctance to or dislike of social interaction, passivity, shyness, a preference for solitary activities and the like.

But these attributes can likewise arise from a person’s exposure to life and the many fears, hesitations, avoidance mechanisms and coping strategies that develop in an individual. At times these mechanisms will accompany us for such prolonged periods of life that we may be unable to distinguish them from what would otherwise be our natural selves.

All sixteen types have the capacity to be introverts by this modern definition of the word, but cognitive type refers not to any influence of nurture, but to an unchanging aspect of our nature.

In this subtype’s title, the word “introverted” refers to our modern behavioristic classification, while “extrovert” refers to a natively proactive psychology. This shade of NeTi will be disconnected from the tangible reality around him, satiating his psychology with purely abstract and conceptual dimensions of inquiry.

Nobody he is close to would contend his introverted nature, and indeed, by any existing, semantic description of type, one would be obligated to consider him such. The dilemma we encounter here manifests directly from Ne’s innate conflict between engagement with reality (for data absorption) and diversion toward associations. Because of this, both Ne lead types, of all extroverted types, will be most susceptible toward a disengagement from the objective world.

This is not a disengagement in the same manner as we see in introverted types, but rather, the thing which the Ne type is engaging with is simply non-physical; it is in the realm of ideas and fantasies extracted from some initial stimuli. Yet the gravitation toward that ‘object’ will be as engaging as it is for any extroverted type.

This subtype may be described as always having their head in the clouds and as constantly off in their own little world. They may be avid gamers, readers of fantasy literature or fiction writers. But despite a psyche that manifests an introverted behavior, the NeTi will always be keenly engaged with some source of abstract stimulation; a habit which is far easier to sustain in our modern digital age.

Restlessness and boredom will quickly set into these types when such avenues of engagement are suddenly unavailable.

Far less enegries will be channeled toward a reconciliation of logical dissonances, or the creation of a consistent and axiomatic philosophy. For the NeTi, experience remains the “propositum vitae”, rather than the embodiment of some rational crystallization.

The NeTi will instead possess an ever unraveling, ever changing and untethered perspective. We’ll also find this difference in their body’s energetic momentum. Their fluidity of mind will run parallel with a fluidity of body, a subtly energetic undercurrent, and a spritely curiosity in their eyes.

For a complete account of this type’s vultology, we can look at interviews of the following NeTi public figures: