The FiSe type emerges when the Fi-Te oscillation is primary and lead by Fi, while supported by the Se-Ni perception oscillation. With Fi as the leading process of the psyche, this type will tend toward an accidental radiation of emotional energy and facial expressions. With supportive Se, this will be accompanied by a sharpness and steadiness in the eyes, but these eyes will not be heavily engaged in exploring the environment.

They may look in the direction of the face due to their steadiness, but will not steer the body’s direction. Body movements will arise from the FiSe with a gentle intentionality and poised composure. However, due to the gravitas of Se, the ephemeral levity of Fi is more predisposed to become grounded rather than remaining suspended, as we see in the FiNe type. Even so, the FiSe type can hold a very ephemeral, light and seelie character as we see in FiSe’s such as Marilyn Monroe, Michael Jackson and the young Audrey Hepburn.

Their voice will carry a breathy, receding tone, which compliments their delicate mannerisms and harkens back to their inner privacy. In other examples, such as FiSe Kanye West, we see a more unseelie manifestation of this type. A sullen disposition weights upon their face as Fi’s tension spans from their nose down below the corners of their lips and into a light frown. The eyes then cast a dissatisfied glare reminiscent of the NiTe type.

The body of an FiSe type will be rigid, continually and inescapably receding back to a self-kept posture after each gesture. Their Te’s articulation will often be overtaken by a coating of Fi’s energy, causing it to be slowed down in accordance with the tempo of their emotions. Yet it will still remain unbroken, albeit elongated, in its tone and rhythm. These articulations will carry a private investment in them that does not push outward as we see in Fe types, but instead leaks out in a veneer of silent sobriety.

While this type draws its understanding of the outer world from a literal and proactive perception process, it is primarily governed by Fi, which is a subjective process. Therefore, the ultimate result of this type’s internal experience will be one somewhat divorced from the world or its reality. It will remain tinged with one’s own interpretation of causalities. Life becomes first and foremost a matter of personal emotional concern, and secondly a reality that flows sensationally and is understood by sensational influences.

Yet, this divorce from reality is not at all like the dreamlike effect of Ne. The FiSe type will not default to imaginary or extraneous ideas, but simply respond to their reality based on externally unavailable causalities. These causalities do stem from the events and happenings of the reality around them, but are the internal responses caused by the external world. The sensational dynamics of their inner world can become prevalent topics of heart, often leading to an exploration and expressivity of these sensations. 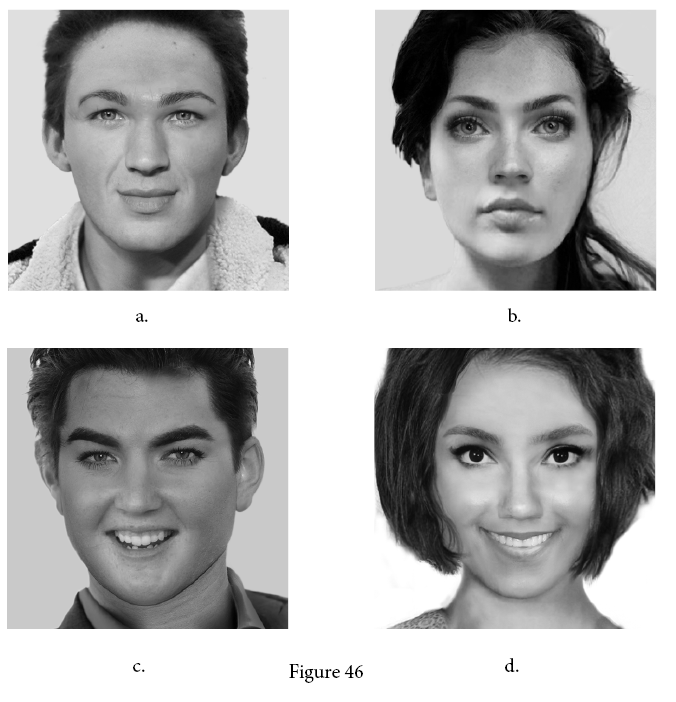 The FiSe type, along with the TeNi type, share the curious phenomenon of being simultaneously the clearest expressions of the human emotional register, while also often being quite unaware of the magnitude or nature of their own expressions.

Paradoxically, it is this very lack of conscious awareness of the emotional register, and therefore control or alteration of its expression, that facilitates such raw expressivity in Fi lead types. Were the emotional world at the conscious control of manipulation, as it is with Fe types, the information elicited from this type would not be quite so telling of the universal themes within humanity.

As a Ji type, the FiSe is keen to its compass, following a private, self-created aesthetic and flow, which often leads to the embodiment of off-beat, indie lifestyles. While culture and fashion shifts in and out of endorsing off-beat lifestyles, for the FiSe type – now and throughout history – the indie lifestyle is a native and natural result of their own psychology.

Practically speaking, this can manifest as having very long or very short hair (independent of gender), cross-dressing, transgenderism, bisexuality, staunch celibacy, or a myriad of other things. This is not to assert that FiSe types have a higher percentage of variation in gender orientation than any other type, but only that their constant pinging of their compass will lead them to embrace their sexuality honestly far more commonly in situations where other types might suppress their own less popular sexual preferences.

We see examples of this subtype in musicians such as FiSe Enya and Björk, who touch deeply on themes of the heart through sensational videography, eccentric attire, and heart-opening lyrics delivered through a delicate, yet strong, spritelike voice.

When asked about her attire choices in a 2002 documentary titled “Inside Björk”, Björk expresses that a feeling of uneasiness exists in her which abates itself only by the alignment of the external form to the internal world. Such is a perfect metaphor for the psychic relationship within the FiSe type. Björk offers her listeners a window into the potentialities of humanity by the creation of songs emerging from unconscious, or commonly ignored, emotional terrain. We see the polar, and more devious, reflection of Björk in TeNi Madonna, who captures another dimension of this function combination.

Types with these four functions, sometimes referred to as gamma types, have an internal fervor to give tactile form to the private aesthetic of their Fi, which expresses itself most obviously in the transformation of their self-image. The late FiSe Michael Jackson presents another fascinating case of delicate independence, childish eccentricity and controversial appearance. In opposition to years of harassment and defamatory rumors, Jackson continued to make decisions about his appearance which won him little rest from the criticism of the public.

Both Björk and Michael Jackson are strong Fi users, as can be seen by the prevalence of Fi signals on their face and in their voice, which accounts for the uncompromising directness of their expressions. While this serves as an important contrast and extreme to measure against, I should note that few FiSe take their expressions to such lengths, and the artistic preferences of FiSe’s are certainly not required to fall into fringe categories. Naturally, it is more conceivable that a fair percentage of them would, if only by chance, align with contemporary beliefs and taste.

The selectiveness of Fi’s morality will span from the smallest daily decisions to the broader concepts of life and death. Often Fi will lead its user to deeply consider questions of life, its fundamental value, and its varied forms of expression. It is no surprise, then, that this type may come to deeply empathize with forms of life other than humans, due to a reverence for a life principle, disconnected from any particular species.

They may take the position that animal life is of no less value than human life and should be treated with equal respect. Such an attitude naturally leads to vegetarianism, which is a very common lifestyle among many Fi types such as Mohandas Gandhi, Jane Goodall, Natalie Portman, Kate Bush, Madonna, Janet Jackson and Chris Martin. Now I term this subtype The Vegetarian due to the overwhelming gravitation toward this topic in the FiSe type, but this thematic tendency to find a point of protest is not exclusive to the topic of meat consumption.

Other topics such as women’s rights, abortion, the oppression of minority groups, child labor and more obscure topics will lead the FiSe type to take rigid stances for or against a side. Far more often, Fi lead types will opt for positions that revere the ability for personal liberty of choice rather than for ethics that reduce the power and freedom of individuals for the sustainment of ideologies or societies. Uniformity, even to ethically founded ideals, may be disquieting to FiSe types, which often value personal choice just as strongly as correctness in other ethical matters.

Ethical topics may become strong points of friction between the FiSe and their friends and family as the FiSe will not be so keen to relinquish their positions. Due to the heavily personal premise of their choices, topics inescapably become personal; the morality and character of others is gauged by where their stances fall on a given topic relative to where the FiSe’s stances are.

From this information they may decide to distance or disassociate themselves from those who represent the opposite of their morality. Indeed, when an FiSe is unseelie, they may utterly resent or ignore strangers or casual acquaintances on the single premise of believing, or suspecting, that they conflict in values.

Since an FiSe lives as an embodiment of their values, often the assumption is made that others are also representations of their beliefs. This leads FiSe types to be as keenly opposed to others as they are to the ideas they hold, perhaps not properly factoring in the degree of seriousness/triviality with which others hold their views.

In more haughty manifestations, the unseelie FiSe will interact with humanity preemptively anticipating foul character.  When Ni’s worldview becomes too heavily involved, generalities are used to gauge matters rather than person-specific judgments, leading to unfair accusations and prejudice.

Undeterred by the darker parts of human nature, the unseelie FiSe also navigates without reservation into the oppressed and demonized elements of society. More than a few FiSe artists are producers of gore, violence and terror; not so much from a sadistic psychology but from an inner calling of the raw and primal soul.

The surreal, haunting works of FiSe Zdzisław Beksiński perfectly capture this flavor of expressivity. Beksiński was a reclusive fellow who paid little heed to the affairs of others, immersing himself in the transcribing of sensations which emerged unsolicited from him – out of some melancholy and musical impulse.

Having never titled any of his works, Beksiński worked with no thought of an underlying theme or expected reception. He expected his art to be misunderstood and always worked under that assumption.

But if the FiSe is not so focused on his own convictions, perhaps respecting the opinions of others as part of their sacred individuality, he will integrate far more gracefully into his social setting. Despite a seemingly self-oriented emotionality, the FiSe can, like all human beings, feel very nervous about a lack of acceptance from others.

Especially when their off-beat nature sets them far apart from their peers, this disconnect may cause strong feelings of unrest. Fortunately, the FiSe’s literal tracking of the physical environment will lend a degree of natural understanding of social dynamics; a sense that is not always registed as easily by the FiNe.

The FiSe’s desire to be an unbridled self then finds a way to harmonize with those they care most about, although not necessarily with their entire culture. While the specific emotional shifts leading up to people’s behaviors may elude them, they will understand the general protocols in place and aim for an ethical code that ensures a reverence for everyone involved. They may become the understanding teacher, the school counselor or ministry leader.

For a complete account of this type’s vultology, we can look at interviews of the following FiSe public figures: