To understand why Je and Ji are designated as the King/Queen and Prince/Princess respectively, we have to unpack the archetypal qualities of these two characters.  But before that we have to explore the connection between politics, royalty, and J. We must see how politics and royalty are - and have always been - one and the same. Secondly, we must see that politics and royalty emerge from the organizational principle of the J functions applied on a macro scale.

As we've discussed regarding Order/Chaos, J is the realm of organization - whether personal or collective. External organization (Je) necessarily involves subjects other than the self, and as such is collective in its scope and application. For this reason, Je carries themes of social management through some systematization or protocol. Every form of governance - oligarchy, aristocracy, democracy - depends heavily on the Je  function and we see this tangibly reflected in the disproportionately high representation of Je-lead persons in positions of power. 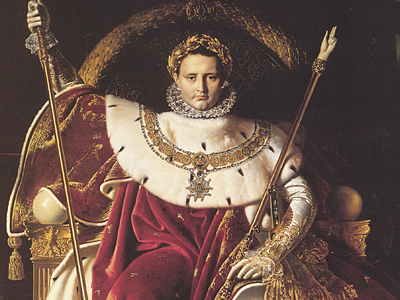 Now royalty in its most basic form is a way of organizing/managing society that uses a monarchical structure. At the same time it is perhaps the most ancient, direct and undiluted expression of what it means to externalize structure. An absolute monarchy in particular is a social organization structure where the Judgment of a single individual (or family) extends beyond the self and out into an entire nation. Here the agency (Je) of the king's singular psyche reigns supreme. One could say that the king himself embodies the epitome of the Je function; representing that role for the entire nation. For this reason we can say that sovereignty - and the crown - is the quintessential embodiment of the Je archetype.

It's no exaggeration to say that without the Je function, the concept of kinghood would not exist in our collective consciousness, for the crown is born out of the macro-scale application of Je's metabolic function. The domain of rule (royalty) is one and the same with the domain of Judgment. While the names have changed, the position has not shifted in the slightest. Whether it is emperor, king, caesar, lord, monarch, statesman or president - the function of the position (king) is no different.  It requires/demands the same object-ordering apparatus (Je); govern-ment. 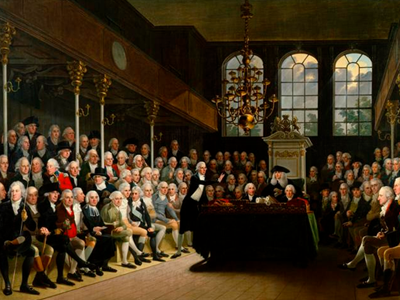 Now, politics can be said to be the realm of ideological warfare. It is the domain where ethics, values and individual/collective needs are placed on a balancing scale. It can therefore be said that Je and Ji are both inherently political. Nay, politics are the creation of Je & Ji; the activity caused by their eternal dispute. Whether it’s through championing idealisms (Ji) or advocating pragmatic solutions (Je), both are concerned with the ethical and logical arrangement of the world at the personal or global level.

As both Je and Ji fight to have their ideas rule the political territory, both hold an archetypal undertone of royalty (aristocracy & honor). Nobility is embedded in them due to the way they aim for order and control. In the case of Je the control is obvious, but for Ji users it is by extension of their unyielding character. There is always a gentle implication of higher standards about them and a character that invites a respect or reverence. If one deals with a Ji-lead, they will not budge - mentally or physically - without their own consent. And via the control they hold over their consent, they inadvertently exert control on their environment. Whether it's through the humble integrity of the Ji-lead like Mahātmā Gandhi, or the unyielding character of Je-lead Marin Luther King Jr, the J type holds this power over themselves and thus implicitly or explicitly demands it of the environment.

Why the King & Princess? 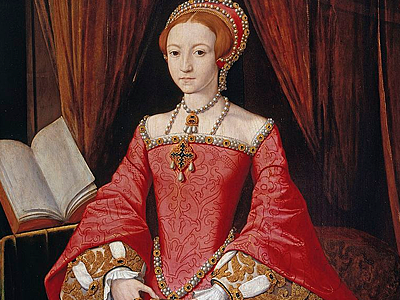 While the above discusses how J is intrinsically tied to politics and royalty - why call Je the King and why is Ji the Princess? A Ji-lead, or more specifically a Ji-heavy Ji-lead, will possess the character of the most noble prince or princess without ever wearing a diadem. He is the prince of his own palace; his internal world which he keeps ever in order. As the Compass, Ji provides a natural and strong conscience and those with this conscience are structured from within by principle. When we say in common speech “You are acting like a princess”, what we mean is that a person is being unyielding in their views, difficult to please and guided by a personal palate. This is exactly the character of Ji.

Equally so, when we say in common speech “She acts like she’s the queen”, what we mean is that a person self-proclaims themselves the leader, takes command and gives out orders without having been appointed to do so. This is exactly the character of Je. A heavy Je-lead will become the king of their microcosm – their household or workplace – by virtue of their commanding personality. The resolve and locomotion of the king and the integrity of the prince each lie within us. We all have in us an inner prince/princess which sinks his or her heels on matters that seem ethically or logically askew. We have in us an inner king/queen who likes to take charge and would desire to sit atop the hierarchy. And if these desires are not present, they lie in the unconscious of the individual.

The Relationship of Je and Ji 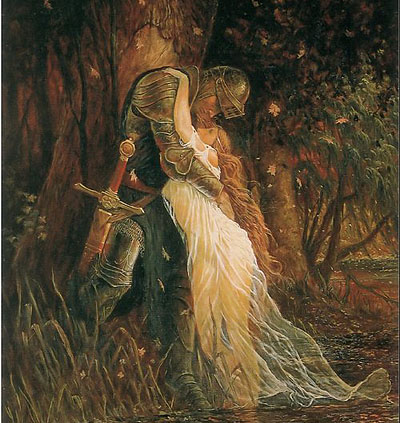 The king and princess hold an animus & anima relationship to one another. From one perspective, the princess hates the king. From another, she loves him for being able to bring about her desires and ideals in a way that she never could. The princess may wish for ideals and change in the kingdom but may reject the crown - refusing to command from others the sort of acts that should arise from a clear conscious choice; from their hearts and from their devotion to reason. The methods employed by the king, her father, to accomplish his deeds are abhorrent to her.

In this way the princess may actually reject the political sphere, and not want to entrench herself in its corrupt games. Its power dynamics and exploitations will make her nauseous. The princess will say "I won't do anything that isn't true to my values!" and with the purity of a child not yet corrupted by the hardships of life, she will hold onto the ideal situation and act as a beacon for others to remember how far they have strayed from the right path. But she cannot escape this responsibility, no more than a Ji-lead can escape the call of their Je into maturity. In time she too must wear the crown and integrate her morality with practical solutions.

The king, on the other hand, so used to ruling may lose himself and his morality along the way. As more and more difficult decisions demand of him a choice - often between two bad options - his integrity wanes. It becomes easier and easier to make sub-par decisions as those in the power-game find greater and greater exploitations. If he is not revitalized by the questioning spirit of the princess, his uncorrupted daughter, then his kingdom will fall along with his integrity.