How much does type factor into the diagnoses we or our loved ones end up receiving at the psychiatrists’ office? How accurate are DSM-5 labels anyhow, and do they really define who we are? Is what I have really depression? Is it really mania? How can I understand what is happening to me or those I love?

The State of Psychology 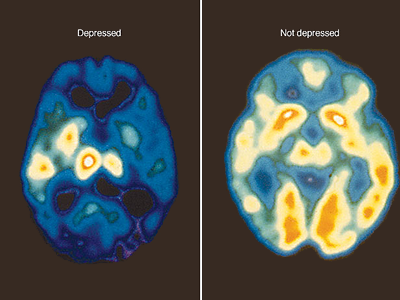 Before getting into any of these questions we have to understand that the world of psychology right now is in a terrible place. It hasn’t advanced nearly as much as the medical field has in the last 100 years. Our tools for measuring psychology are also extremely limited, and we still rely on self-reporting, symptom clustering and checking trait boxes to tell us about who we are.

As Daniel Amen eloquently put it, “psychiatrists are the only medical specialists that virtually never look at the organ they treat.” His work on identifying mental conditions through brain scans is revolutionary, and an example of a promising avenue of investigation. We have yet to move onto a more objective way of measuring the facets underpinning our subjective experience – and unless that happens we are left forever with the guesswork of asking ourselves questions and clustering together symptoms.

In an ideal world, every psychology visit would come complete with a neural scan, and your mental conditions would be understood in relationship to your cognitive baseline. Because even when we are healthy, we don’t all have the same brain activity, and so one type’s mania (over-excitation) may be another type’s norm. We have to learn a lot more about our brains and the brains of the 16 types before we are ready for such specialized treatment.

The Fidelity of the DSM-5 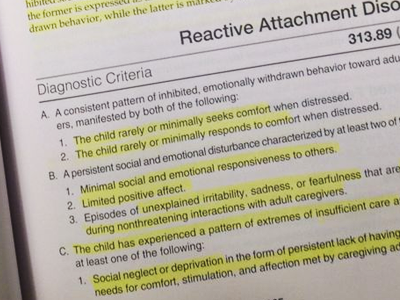 If the DSM tells you that you have schizoid personality disorder because you fit the checkboxes – do you really have it? And what is “it” exactly? Lets unpack this question just a little. First I have to say it is not my place to discourage people from listening to the DSM-5/ICD-10 or their doctors, but instead to educate others as to what the DSM actually is and isn’t. It is not a hard rule as to the nature of our psyches. It is – to date – one of the most widely accepted consensual typological aggregates for defining the abnormal psychology that emerge between people. And among one of it’s primary uses is the agency it gives medical practitioners in billing insurance companies.

We have to understand that the DSM provides no theory of the mind. It only describes the various oddities we observe in people (such as histrionic behavior, antisocial behavior, and manic behavior) for the effects they produce, and resulting complications to people’s lives. In that sense, the categories are indeed real – but in a similar way as the general attitudes are real. They are legitimate end effects/symptoms, but this speaks little about the causes.

Receiving the label of a diagnosis says little about you as a person except that you are currently in a certain state of being. As such I would discourage  others from overly-identifying themselves with a diagnosis or fixing it into their self-image as a static fact of their character. The DSM has been reviewed many times in the past, and many things that were once considered “disorders” now pass as normal behaviors.

The DSM depends on the principle of “typicality” which is how we as a culture define normal (and by extension, oddities/anomalies). To give an example of this social dependency, homosexuality used to be a medial diagnosis in the DSM for a long period of time. In the 1970s, the diagnosis was removed partly from the DSM, and then fully in the 1980s. As cultural opinion has shifted, due in part to research but also in part to overall societal opinion, that definition has changed. As another more related example, what amounts to simple introversion has for periods slipped in and out of the DSM, and this itself should raise our skepticism toward the dependability of such categorizations. They have potential to cause, and have caused, damaging effects (such as by over-medicating children) in the past.

The most recent studies and general consensus is confirming that the diagnoses of ADHD and autism/aspergers have been heavily overused in the past years. There has been a surge of diagnoses of this sort in children, and it is my conviction that the supposed epidemic we have seen has been compounded by a deepening misunderstanding of basic human qualities/personality traits.

What about CT and the DSM?

This misunderstanding is not unrelated to the global lack of understanding of Type; the various – yet natural – modes of existence people operate from. When we acknowledge that we cannot use a single description of “typical” to compare behaviors again, and that each of the sixteen types presents a different vector of normality, the conversation regarding corrective treatment dramatically shifts. Suddenly, it becomes more specialized, and we rightly begin to measure what is “normal” within the context of a person’s intrinsic nature.

This naturally brings another question to focus: “If CT really is an empirical reality, what does it mean that the psychiatric field at large presently lacks this understanding in its diagnostic and treatment criteria? And how would an understanding of CT change the way we view diagnoses?” The short answer is: we don’t yet know. We have only just begun to discover cognitive type and this reality will take a while to be studied in depth.

The long answer is that we are already beginning to see the parallels between CT and diagnoses that can illuminate us as to the origin of some of these conditions. While many disorders may be due to legitimate physiological impairments (best identifiable through brain scans), many lighter diagnoses might be the result of an imbalanced – or negative – use of certain processes. And certain types, who rely heavily on a certain function, will be more prone to the disorders affiliated with that process. Some of what we’ve identified so far can be summarized as:

Please bear in mind these are preliminary statistical correlations at the time of this article’s publication. We are still gathering information related to how different diagnoses cluster with different cognitive types.