Directive is the name of a disagreeable emotional attitude when present in Ti-Fe users. Directiveness is not a feature of cognitive type, but is a description of a certain emotional disposition that a person carries throughout their life. The opposite emotional attitude is adaptive. Both directive and adaptive attitudes exist on a spectrum, and all Ti-Fe users have some degree of both within them. This article is focused on the directive aspect of the pair, as viewed from a behavioral perspective. 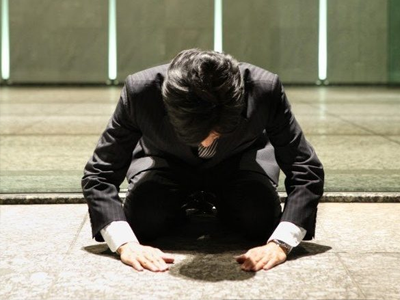 Quite in opposition to the adaptive attitude, the directive attitude doesn’t believe in grace; it believes in punishment and the fairness that comes with properly balancing emotional economies. It accomplishes this through the use of shame. Directiveness believes that individuals are only kept in order –and rightly aligned in their personal and societal perception– by a regulation of pride. It will take it upon itself to “put people in their place” if they are exaggerating their own self worth or diminishing the value of others of a higher tier than they. We see a directive attitude echoed in phrases such as “you don’t talk to your elder that way”, “you use the right honorifics”, “that was a foolish mistake, now your reputation is ruined.” To this attitude, a reputation is in large part a proper reflection of what you really are, as it reflects how your comportment is objectively evaluated. Outside opinion is considered legitimate feedback given to you by the culture; negative feedback is necessary as the eternal modulator of pride where pride is only warranted when the tribe acknowledges your abilities and value. Directiveness is both the enforcer and receiver of this shame, and will concede or yield when they measure that they were the one in the wrong. However, unlike adaptiveness which makes itself susceptible to exploitation, the directive  attitude will always defend itself against unjust or unearned reprimand and will only take reprimand when they are in agreement with it. 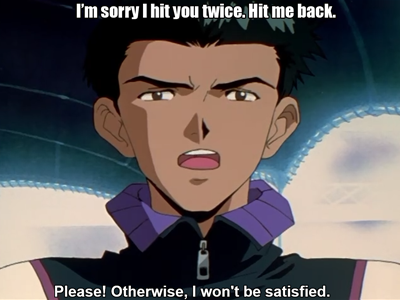 Indeed, when a directive person agrees with the shame, it would rather take punishment deliberately than be the one economically in the wrong. It may actively ask for retribution so that it may face others again without shame; having paid their dues. Balance is to be restored and they want to stand on the right side of judgment’s blade. There is also a physicality and combativeness in this directive attitude, where it may believe it’s fair game to balance the emotional scales using a physical-to-emotional pain translation. It will want to teach others a very somatic lesson, imposing an emotional experience on others through the vehicle of pain. It’s important to note that directiveness is not sadistic by nature, as causing injury is not itself the aim but instead it’s the translation of emotional energies through the act. A higher motif arises from this physical channel, where a directive attitude will wish to lock fists with others to truly “level” with them. They may develop a philosophy that “You don’t really know someone until you fight them” or “You only really know someone’s heart once you cross fists with them.” The frustration that is expressed through battle is seen by directiveness as catharsis and as evidence of the reality of hearts. In this sense, the directive attitude wishes to see –as clear as possible– what lies in the heart of others and may encourage or even invoke that reality out in order to understand the other person better.

Leveling in the Truth 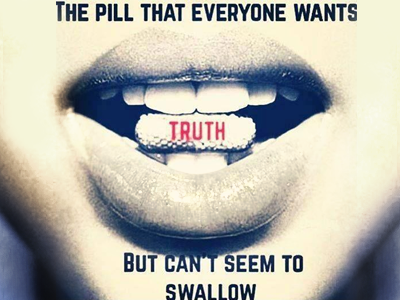 This leveling happens not only at the physical level, but also verbally. The directive attitude is diametrically opposed to adaptiveness in this regard; wishing always to cut through facades and speak frankly the harsh truth of its opinion. Directiveness does not collapse upon hearing the truth, or cave under its pressure, but actually feels relief and a rebuilding of trust. It feels that only after the air has been cleared can anything true and lasting be formed. A directive attitude will compel the person to ask those hard questions, dig at the problem, expose the fraud, heartbreak or corruption and look at it directly with no compromise in attention. It seeks to establish respect through transparency, in feeling another’s pain and letting them feel yours. Getting angry at them and asking them to get angry at you. Directive people will be suspicious of any love or friendship that lacks conflict; viewing such things as symptomatic of concealment and compromise. It understands human hearts to be a messy business and is content existing in eternal but necessary friction so long as it does not escalate to unethical levels or into genuine malice. Notwithstanding it’s harsh outward comportment, directiveness is ultimately driven by ethics just the same as adaptiveness. It will still hold steadfast to its ethical boundaries, even if it appears alarming in the words it selects for communication.

But a person with a directive attitude can also experience a great deal of stress in life, transforming these philosophies and behaviors into more unhealthy forms. The following are some common behaviors that manifest when a person is directive and under stress: 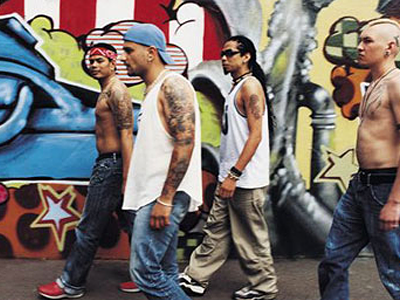 When under stress, the initially honest and cathartic qualities of a directive attitude become exaggerated outside of proper ethical constraints. The impulse to put people in their place regresses into a vengeful desire to defame or humiliate others. What was once a desire to create equilibrium devolves into a desire to cause genuine suffering. The name of the game becomes domination rather than the arrangement of society into balance. A societal order is indeed enforced, but one where others are oppressed under the emotional and physical rule of oneself. Here this attitude becomes predatorial and territorial, using tactics of intimidation and engaging in a power dynamic. Under stress, morality is tossed aside and the person resorts to foul play in order to remain atop of the social hierarchy. They may become emotionally abusive and physically abusive. And while all people can experience anger or sudden violent outbursts, directiveness is more prone to a premeditated aggression for the purpose of establishing rule and control. We see directive attitudes often manifest in gang violence, where the same Ti-Fe handling that is used to gather people together is then used to pivot those people against others.

Another effect that emerges from directiveness in an unhealthy individual is a proclivity towards emotional manipulation. Their ability to persuade and charm through oration is channeled into an artform designed to deceive and attain an advantage over others. Sweet words will fall off their lips while far darker intentions rest beneath them. The person is often keenly aware of the sensitivities of others –how they tick and how they break– and will exploit these vulnerabilities towards their own gains. They may assert emotional control over their relationships, weakening their lover or family member’s opinion of themselves through psychological manipulation and gaslighting. Through months or years of verbal onslaughts they will diminish the confidence of others and present their own opinions as absolute. And through the sheer force of their personality, they will mentally overpower those beneath them –inhibiting their willpower, mobility and life options. Similar to how adaptive  people can create a suffocating dynamic of co-dependence, the unhealthy directive type will use their loved ones to secure their need for control, relevance and ego validation. 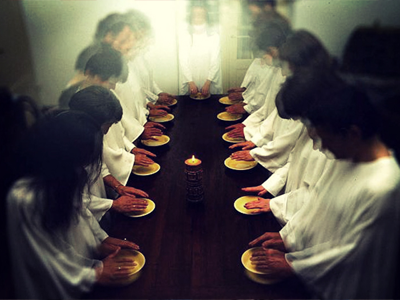 But this tendency towards manipulation may not stop at the home. The directive personality may extend the scope of their ego across a far broader group or community, using their persuasion to press their perspective and invoke agreement from others. This leads not only to the formation of gangs and cliques but ultimately to the creation of cults. The Ti-Fe oscillation is tribal in nature, and this same tribalism can be used to facilitate communion or to create divisions and special sects with niche ideologies. We see this tendency expressed in celebrities such as FeSi Alex Jones whose followers share an opposition to a perceived network of government conspiracies. It can be seen also in FeSi Tom Cruise who is famously affiliated with the cult of Scientology. The directive person will surround him or herself with those of like mind, creating an in-group/out-group dynamic and reinforcing an aggrandized self-image. The person becomes manic, prone to narcissism and all manner of delusions. As can sometimes happen with the judgment functions, a closed system is formed where the individual is convinced that they understand all that needs to be known and proceeds to act out that truth in the world at the widest scale possible.