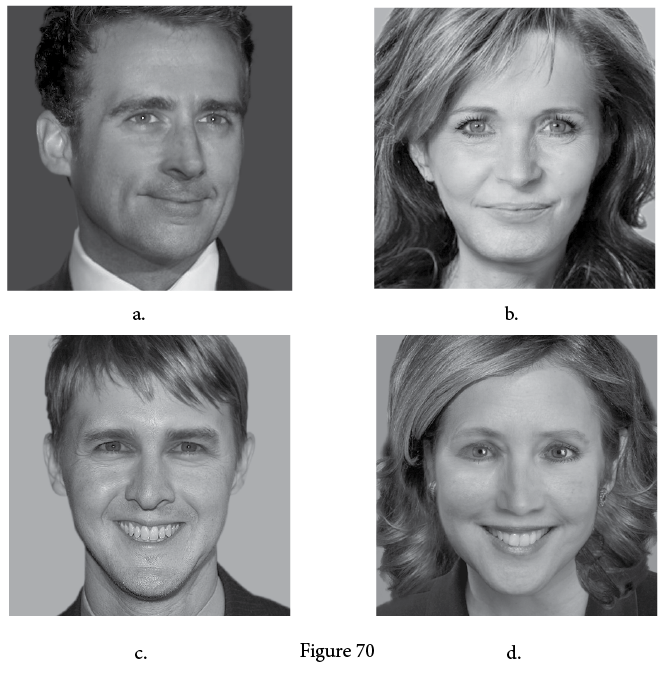 The SiTe’s body will flow rather casually, not straining too terribly toward any specific presentation or accentuation. Their posture will be inertial, yet not altogether heavy or dense. Of all the types, the SiTe’s general composure will come closest to a middle ground or average. Their animation is not especially distinguished or dramatic, nor is it so reserved that it calls attention by virtue of its withdrawal.

This will also be true of the SiTe’s psychology, which takes a moderate orientation to life. As events and situations are encountered, the SiTe will piece together a steady understanding of the world in all of its shades of grey. Rather than aiming to find fixed truths in this array of data, the SiTe will understand that the constitution of life is a conglomeration of many variables and datasets. They will seek to always have at least a little bit of know-how about each scenario, while ultimately understanding their worldview is incomplete.

Unlike the TeSi, the SiTe will not wield Te so brashly, having instead a more introverted and heady execution. And while the TeSi and NeFi’s eccentric tendencies often lead to social misunderstanding, the SiTe’s nerdiness is of a quieter flavor.

They may playfully immerse themselves within certain domains of knowledge, preferring those with rich, conceptual or fantastical libraries to gather from. Yet they will always appear capable of returning to a more grounded physical world. The prioritization of Si over Ne gives the SiTe’s data a more static, albeit memetic form.

This memetic tendency translates to an aptitude for passive data assimilation. While any type can nurture a large archive of information, the SiTe will assimilate life events, both trivial and important, more organically than most. An iconic example of this quality is found in SiTe Ken Jennings, who holds the record for the longest winning streak on the U.S.’s Jeopardy! game show.

Ken describes his capacity for enormous memory recall as an automatic process, one which populates seamlessly from his every day exposures. In a 2012 interview with Adam Curry, Ken said about his ability:

“There is something a little bit freakish about it. Y’know, I was at the age of like 6 or 7 years old; I read world atlases for pleasure, instead of reading Hardy Boys or whatever a normal kid would be reading. I just had always loved maps, something maybe hardwired in me from birth.”

Hardwired indeed. Ken has also published a book titled Maphead: Charting the Wide, Weird World of Geography Wonks (2011) which gives us a brilliant narrative into the mind of this off-beat subtype. From his enormous stack of childhood boxes stored at his parent’s house, to his attachment to familiar places and his eccentric love of geography, Ken paints a picture of a carefree and curious Si-Ne duality, as lead by Si but also quite affected by Ne’s exploration.

The interests of this subtype can vary greatly from person to person, but in each field of interest, datasets are easily stored and recalled when the occasion presents itself. Naturally, this leads many SiTe’s into the habit of documentation, as they quickly become archives with much to say about fields that have not been properly quantified.

The SiTe’s trivia/language oriented approach to perception and recollection, when supported by Te’s mechanistic relation to the outer world creates a psychology quick to grasp the nuances of existing bureaucracies and their legal interrelations. Given their appreciation for layered contexts, the mechanics of these policies are seen more clearly to the SiTe lawyer than many types.

The creative navigation of such policies, in order to create business enterprises, then becomes a common pursuit. Not surprisingly, we see a strong representation of SiTe in law, politics and political media. In the United States, we discover this iteration in George W. Bush, Scott Walker, Mitt Romney, Sean Hannity and in a wide variety of other high profile positions. However, when the SiTe takes to such a public position, they will confront the problem of properly conducting an outward persona.

The SiTe is not exceptionally equiped for this task, often resulting in a falseness accompanying their composure. They may smile widely from ear to ear and give cordial signals through voluntary effort, but their articulation will continue to demonstrate micro-snarling, asymmetrical expressions and a rhetoric lacking any cohesive emotional persuasion.

When in less public positions, we might find this SiTe subtype in real estate, clerical jobs or any variety of occupations which require the management of policies. They are rarely wholly unsuccessful at world affairs, although the world of human relationships may remain a more elusive domain.

As with other Te users, when Fi is not properly calibrated into the psyche, the SiTe may lack a sensitive means of emotional implementation, often leading to roundabout, quirky or abrupt displays of affection. The young SiTe may, in the absence of a polished means of delivery, dress their affection in a nonchalant form.

At other times they’ll demonstrate their regard for others in tangible ways by quietly crafting their environment and routine around them. But if their unique form of expressivity is understood by those they care for, the SiTe can create and nurture lifetime friendships.

The SiTe is not without a quirky side which emerges from their polar Ne and dictates what subjects they choose to tinker with. This type will take a somewhat more practical approach to dabbling than the NeFi, who can at times confine their musings to the realm of imaginations.

The practical dabbler’s explorations more commonly manifest through the careful hand of craftsmanship. I’ve often discovered this subtype happily immersed in some nostalgic art; the hand sculpting of figurines from a favorite franchise, the collection of certain rare artifacts or the renovation of older vehicles. But at other times they may take to more scientific tinkering through chemistry or physics.

We see an example of this subtype in SiTe Jamie Hyneman who, along with the more spontaneous NeTi Adam Savage, co-hosted the TV series MythBusters since 2003. In the show’s online portal Tested we are introduced to their workshop where Hyneman and Savage hand craft many stage props as well as personal artifacts.

Hyneman’s creations range from high-pressure air guns and mechanical racing spiders to several home improvement projects. Receptiveness will exist in this type for novel compounding of existing components or technologies.

Another example of the dabbler is SiTe Scott Adams, the cartoonist behind the Dilbert comics and author of How to Fail at Almost Everything and Still Win Big (2013). In his book, Adams makes note of over 30 business enterprises he’s tried and failed at, ranging from grocery home delivery services and web applications to restaurants and a variety of unfeasible inventions.

Adams’ philosophy, however, is one that believes every success is a failure in progress, and that achievement is better looked at as an evolution rather than an end goal. As each failure leaves behind some general knowledge or skill of its respective trade, one emerges from the failure more enriched and with a wider skillset to tackle future projects. Here we see an attitude where Si values the trajectories of Ne for their eventual contributions to a broader Si worldview.

Adams relies on his Si’s ever growing arsenal of experiences to achieve success, using Ne’s prolific optimism as the fuel. Ne’s improbable escapades are not considered a waste of energy but a learning experience. This is a great perspective to have toward one’s Si-Ne oscillation pair. In a talk at the 2015 NSDA Symposium, Adams said of himself:

This is often echoed in Si’s more patient approach to the inventions of Ne. The SiTe may share all the same interests and aspirations as the NeFi but have the sense of pacing to give them some more cohesive manifestation. An aged and time-tested sense of limits will be used to tone the edge off of Ne’s ideas and a more conservative methodology, often favoring simplicity, will be selected as the vehicle.

But Ne doesn’t just manifest through personal projects. The SiTe will also use Ne for self-expression and parodies in a similar way to the SiFe, but their expressions will be much more sly, indirect and understated. Rather than going straight for the punch line or aiming for a mutual laugh, their witticisms may be more dry and highbrow.

This is due to the way Te’s humor capitalizes more on the absurdity of certain situations or potentialities, while stating these conclusions in a factual manner. We find one such SiTe in Craig Kilborn, a comedian and former host of The Daily Show. As with Kilborn, the jester may combine their logistical parodying with cultural references to create unexpected juxtapositions; the erroneous combination of concrete elements or qualities.

We quickly discover a much more active and engaging personality in this shade. As one would expect, due to this type’s private emotional world which is governed by Fi, they will often seek to connect with people primarily through their Ne-Te duality.

Friendships may often revolve around banter and a never ending game of clever association. But despite this amplification of Ne, when we encounter this SiTe visually, Ne will not overpower the body with momentum, giving very little of its spontaneity and alertness. The SiTe’s posture will instead remain every bit as casual and grounded, but their psychology will all the same go adrift in multiple directions.

For a complete account of this type’s vultology, we can look at interviews of the following SiTe public figures: