Skip to main content
The TeNi type emerges when the Fi-Te oscillation is primary and lead by Te, while supported by the Ni-Se perception oscillation. The combination of this type’s empirically-oriented primary process with their Ni’s convergent associations creates a psychology that is quick to arrive at conclusions from a situation’s apparent causalities.The TeNi will be a real-time evaluator of logistical inevitabilities and the necessities that present themselves. As a result of this functional mindset, which is quite efficient at identifying the most important factors in a situation, we will often encounter TeNi who are rather spartan in their affairs.They may be minimal in their artistry or recreational interests, having only a handful of paths which they will dedicate most of their time toward. Unlike the TeSi, which may wander more often in creative arts, the TeNi will be less disposed to such activities unless artistry itself is their focal occupation. 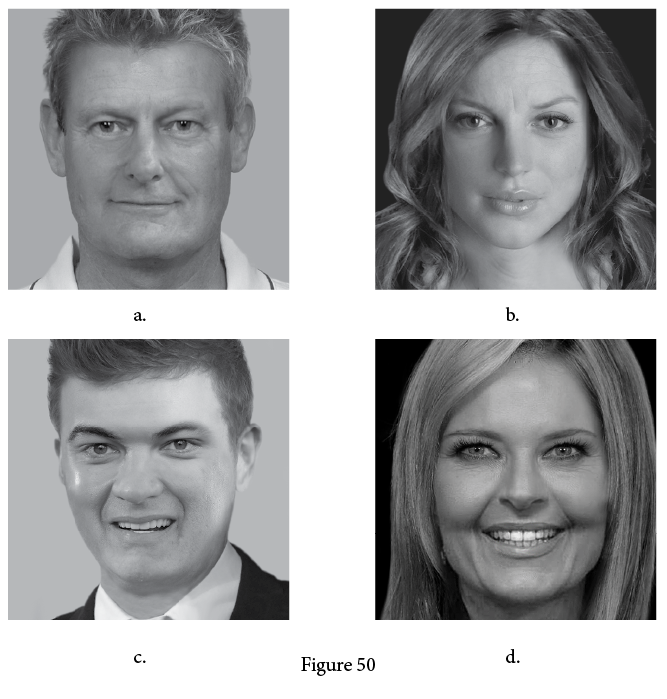 Like the TeSi, the TeNi will have a firm demeanor, characterized by a sharpness and briefness in their voice and a rigid posture. This type’s eyes will often carry what I term a manic expression, characterized by sharp and piercing Se eyes amplified by an Ni scowl with slightly raised outer edges.

Due to their Te-Fi oscillation pair, their mouth will contract in peculiar, often asymmetrical, ways as they deliver their plentiful articulations. Facial expressions of disgust or distaste may abound, even when the TeNi feels no particular opposition to the environment.

Together, the TeNi’s eyes and mouth may combine to create a rather intimidating facial expression. Indeed, TeNi types will often complain about being perceived as angry by others when their inner attitude may be wholly benign. By some coincidence, the functions and the hierarchy of this type combine to form perhaps the most bracing appearance of all sixteen types. Tension will exist rising up toward their nose and this will often be accompanied by Te’s horizontal splitting/indentation of the cheeks. Snippy head shakes, head nods, shoulder shrugs and hand gestures will also accompany this type’s naturally stern countenance.

When this type’s Te holds an imbalanced relationship to Fi, it will manifest many raw and unrefined emotional motivations through Te’s sharp delivery. These expressions will not only be eccentric and unconventional, but firey and unyielding.

Unlike the TeSi Eccentric Nerd, whose Ne-Si oscillation embeds an overall more malleable and non-linear demeanor to their bracing Te, the TeNi is entirely linear with this overbearing energy. What results is a headstrong psychology that’s predisposed to drown out opposition with an avalanche of rhetoric.

We see a classic example of this subtype in Bill O’Reilly, a U.S. political commentator who has developed a strong reputation for being outspoken, uncompromizing, interruptive and dismissive. Another striking example manifests through businessman Donald Trump who, along with the aforementioned traits, quickly becomes personal in the comments he directs at others.  As this subtype holds little regard for the refinement of ethics via Fi, it will use Fi’s morality only in unseelie ways while cascading forward primarily with Te.

Nonetheless, these types may develop strong executive abilities and make significant, practical contributions to society. Even in the fervent eccentric, the influence of Fi may be seen through private contributions made toward causes that touch their particular flavor of ethical consideration. It is not so important to them that they be liked, so much as it is for them to do the sensible thing according to their personal code.

When in a position of authority, the TeNi eccentric may implement decisions which are systemically sound but also somewhat insensitive to the impacts and inconveniences of those involved. For this subtype, logistical methodologies are so causally anticipated that they will not consider their decisions harsh but simply necessary.

They may interpret the protest of others as laziness, judging their situations from their own psychological normality and expecting a similar level of systemization to what they would implement themselves. “If you don’t like your situation, change it” may be the underlying sentiment, and they will expect others to make their own moves to tilt the game in their favor.

But the TeNi is not always so forward and overbearing. When this type develops a strong relationship with their introverted processes, particularly Fi, this talent for logistical deduction is given an entirely different domain to manifest. As we reviewed in the FiNe chapter, the methodologies of the Je processes are not confined simply to the relationship between elements of the actual.

The Te process can apply its deduction in any environment or system of parameters, whether it be structured in the abstract realm of mathematics or in a business enterprise. So long as variables are interacting among themselves, Te’s comparative thinking will aim to devise methodologies to describe and optimize the interaction of those variables.

Likewise, Fe is capable of an identical but inverse operation, able to anticipate or deduce what would be the most adequate translation of emotional energies when given an entirely hypothetical scenario where the relationships between people are conceptually explained. This is because the Je process is fundamentally a mechanism of measuring the causal relationships between the elements in a given informational landscape, regardless of what form or avenue that information arrives in.

As such, the TeNi’s practical methodology can be applied in highly abstract domains as is the case in complex economics, engineering and even physics – yet it will always be applied systemically and relationally.

Perhaps the most iconic modern example of this subtype is Richard Feynman, who was, like TeSi Tolkien, a highly prolific and articulate lecturer. In a 1981 interview with BBC Horizon, we see Feynman speak about his lack of capacity to appreciate or focus on the arts, humanities or recreational interests in general due to a singleness of focus he held since childhood.

He describes the literal, tactile learning style he absorbed from his father in childhood, and which avoided trivia-based knowledge for a better appreciation of realistic and applicable knowledge. We see in this the mark of Ni-Se’s psychology, which is also strongly reflected in his eyes, often veering into manic scowling as he accentuates his points. His articulation is snippy, jittery, and uniform in its acceleration, accompanied also by Fi’s tension, micro-snarling and a multitude of giddy giggles which are highly concentrated around fond memories of his father.

Here we witness direct instances of Fi’s internal resonance with the emotional register and strong personal feeling. Feynman’s demeanor sporadically transitions from stern and collected to bashful and utterly uncoordinated as he is overtaken by his own emotional radiation, only to return to a stern posture a brief moment later. This demonstrates Feynman’s healthy receptivity to his own Fi.

In an example that is far more limited, but from which we may hold sufficient information to speculate a typology, is Isaac Newton. First let us study the psychological dimension. Through his works, and in the many writings that exist about him, we see ample evidence of an eccentric and overbearing, albeit antisocial, character.

He is described as unapologetic, concerned with his own unconventional direction of inquiry, bracing, cold and calculative. In a 1995 article for The Fountain Magazine, author J. Qureshi gives an elegant synopsis of Newton’s personality in the following: 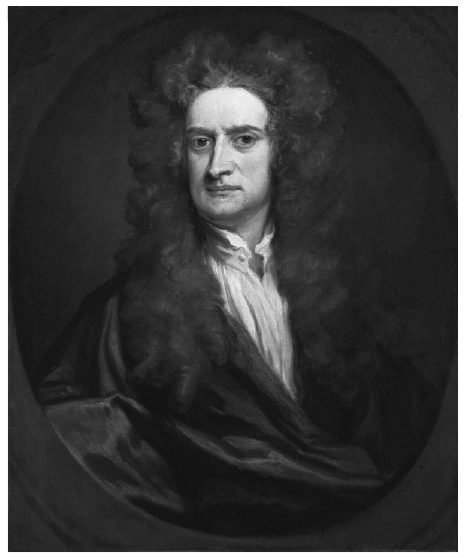 “Newton did not marry. He did not, with a single brief exception, form any warm friendships. Though generous enough with his time and money when he had both to spare, he did not give with tenderness – either to relatives or acquaintances. He lived the extraordinarily narrow life of a dedicated auto-didact, hardly ever travelling outside London, Cambridge, Woolsthorpe. He was not given to lightness of manner, nor did he show any capacity for self-irony. When angered, he became unbalanced and, it must be said, vindictive and petty.”

Newton had little interest for understanding social dynamics nor for his own societal standing, often neglecting to publicize his groundbreaking works – pursuing them primarily for his own knowledge and satisfaction. We see here perhaps one of the strongest examples of an aloof, dismissive Te psychology as well as a strongly unseelie Fi. We see the ethical function pushed into a crippled state as Te strives to be the singular motivation of the psyche.

Additionally, Newton’s contribution to mathematics reveals a pattern of thought that strayed away from the strictly mechanistic philosophy of the times, pioneering many abstract terms such as forces and laws; overarching patterns of nature. In his later years we begin to see more distict evidence of this pattern-seeking tendency in his esoteric pursuits of religion and alchemy; a philosophy that supposes all matter is created by the four primary elements of nature and can be transfigured into different substances by varied exposures to these four elements. It is my estimation that these pursuits reveal the operation of Ni in the physicist’s mind.

However, given the late manifestation of these motivations, we cannot presume that Ni represents his primary function. His overall rigidity of mind and unyielding personality, as well as disinterest in Se’s sensational exploration, speaks to a psyche lead by Te with subordinate Ni-Se.

Yet, what is more remarkable still is what we find when we visually examine this renown figure. We see immediately that Newton’s precise psychology is represented in his artistic portrayals. If we assume a proper artistic representation of his appearance, both paintings of Isaac Newton by Sir Godfrey Kneller (1689, 1702) demonstrate manic eyes – of the sort only seen in this type – and distinct Fi tension running vertically toward the nose. Lastly we see a taut square manifest by both depressor anguli oris muscles holding downward tension in the areas adjacent to the chin, adding a more square geometry to the jawline. These qualities also appear unchanged in Sir James Thornhill’s painting of Newton in old age during 1712.

When the TeNi learns how to better coordinate their social presentation and iron out the impact of their Te, they may excel in a variety of leadership positions. Rather than approaching teamwork and institutional success from the heavy perspective of the fervent eccentric, the executive comes to appreciate the need for a convergence of logic with ethics.

We see this conversion in TeNi Kristen Hadeed, the founder of the Student Maid service and an advocate of strong women’s involvement and leadership. Like the TeSi logistical ethicist, Hadeed utilizes her brand as a testament to the ability of all demographics, but especially those less represented, to be self-sufficient and thrive in their individual pursuits.

The late TeNi Tim Russert, a former host and vice president of NBC News, also combined his executive ability with a pointed yet transparent ethical style. In order to better reveal the views of each guest, Russert interrogated with many morally challenging questions, allowing his guests to put forward their functional solution to each proposed dilemma.

In more traditional positions, we find TeNi Ginni Rometty serving as the current CEO and president of IBM and TeNi John J. Legere as the CEO of T-Mobile. As one would expect, this subtype can also be found, in high concentrations, both in politics and economics.

For a complete account of this type’s vultology, we can look at interviews of the following TeNi public figures: