The SeTi type emerges when the Se-Ni oscillation is primary and lead by Se, while supported by the Ti-Fe judgment oscillation. As a Pe lead, the SeTi will have a natural level of bodily excitation, but while the energy of the NeTi can be described as scattered, the default energy of the SeTi is best described as amped.Se’s intensity won’t manifest as strong jitteriness but as a heightened concentration of presence. Their eyes will linger longer on an object, absorbing its subtleties and allowing it a certain level of control over the body. Despite this, the SeTi will still display a fair amount of eye-toggling compared to other Se-Ni types.

Their sharp eyes will steer the direction of their body and cause them to sway loosely, although moments of Ti momentum halting can cause temporary breaks in this fluidity. Due to having Se as a primary proces, the SeTi will seek to explore their environment vividly and realistically.

Unlike the NeTi, this exploration will contain a more direct interface with the external world rather than interactions via proxies or constructs. Greater mobility then becomes a far more typical result, leading the SeTi to engage in more kinesthetic learning through fields – such as dance, music, sports or art – which can open up to them a myriad of experiences.

The SeTi will not learn meaningfully about life through documentations (through guides or premade protocols) but instead by firsthand exposure and, in many cases, making the necessary mistakes involved for themselves. They will disprove assumptions about the impossibility of certain approaches through creative experimentation. Using their Ti-Fe oscillation, the SeTi will finely calibrate these experiences, often finding methods to optimize output and in the case of Fe, maximize social impact. 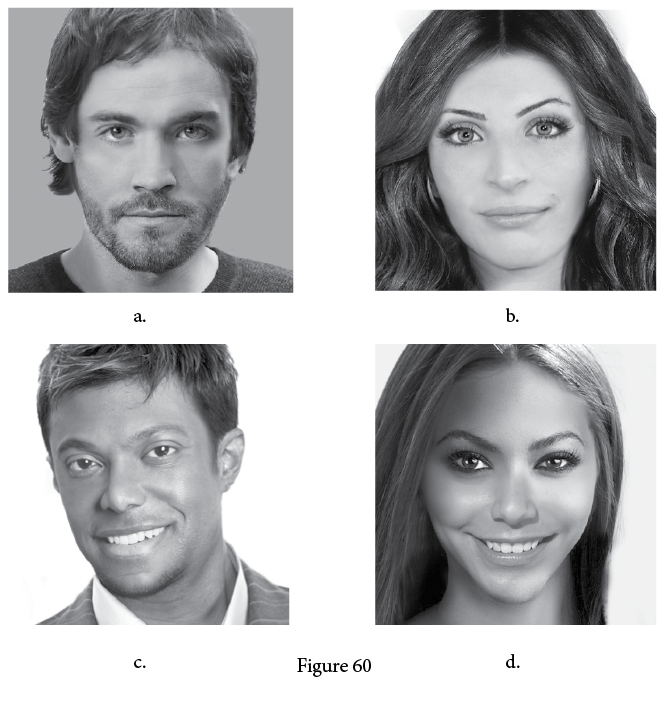 When Se is strong in this type and other functions suffer from lower development, the magnetic attraction to stimuli will be the overwhelming craving of the psyche. These types will be spirited, sensual and receptive to improvisation for the sake of maximizing their experiences. We see an iconic example of this type in SeTi Chris Tucker who plays James Carter in The Rush Hour (1998). As a flirt, partygoer and conversationalist, Carter eases his way into situations by using Fe tactics and charisma in conjunction with his Se energy.

A very similar example of this subtype can be found in SeTi George Lopez as seen in the 2002 TV series by the same name. George plays a father and husband who is continually under the moral scrutiny of his wife, playing along with her ethics when convenient but continually disregarding them in secret for an indulgence in his opportunistic habits. This dynamic represents the sensationalist’s lack of integration with their judgment pairing; using Fe in purely adaptive modalities rather than from a strongly formed ethical framework.

Yet another excellent example of this subtype can be found in SeTi Tyrese Gibson who plays Roman Pearce  in 2 Fast 2 Furious (2003). These three characters share the quality of being strong risk-takers when the output appears highly promising, but quite flighty when a task appears too laborious or dangerous. The sensationalist is not indiscriminately daring; a level of Ni anticipation will always accompany them and inform them of the probability or difficulty of outcomes.

For the sensationalist, difficulty is keenly avoided, as is any uncomfortable experience. This is because Se’s natural amplification of the present will cause the SeTi to experience discomforts – such as heat, cold, fatigue or pain – as far greater mental distractions.

This subtype is seen most commonly in adolescent SeTi before a proper equilibrium has developed between perception and judgment. Visually, this type will have a highly steady gaze with amped eyes which will continually move in unison with the entire head. Their momentum will be high, verging on restless, and will not be heavily interrupted by Ti halting.

Over time, the introduction of Ti will refine this type’s aesthetic sense and enhance their capacity to adapt to their environment and predict outcomes.  The SeTi’s heightened awareness of the environment, due to their cascade of nuanced impressions registering in real-time, finds a partial anchor in Ti. And once this nuanced panorama is given definition, it is given systemization through Fe.

No longer is the SeTi navigating by a purely visceral sense, but by a premeditated methodology; giving rise to the analytical sensationalist. This subtype is an engineer of experiences, using judgment to help structure events towards an optimal output, rather than drifting between situations by a purely magnetic gravitation to the circumstances which carry the most stimuli. A craft is often assimilated, such as choreography, photography, breakdancing, rap, or standup to name but a few. In more introspective iterations, affinities may develop for sensational poetry/writing and psychoanalysis.

As these experiences are better quantified, we come across the second aspect of the analytical sensationalist: the formation of stereotypes. I use the term stereotype here in its constructive form, as a personal and intuitive process of statistical aggregation pertaining to human behavior. Using the worldview of Ni, formed from these numerous Se datasets, the SeTi will gradually develop an anecdotal map which reflects the patterns encountered in various situations and in people-groups. While this happens in all types to different degrees, I have found the SeTi to be among the most aware of these stereotypes and the nuances in persona that differentiate one classification from another. From this knowledge arises also a more keen coordination of emotional energies and understanding of social structures. The SeTi may become a social connoisseur, reading body language and appearance to discern the class, affiliation, habits and interests of people.

This subtype will be less intensely locked onto the environment, possessing a somewhat more casual posture which will alternate between fluid and stop-start articulation styles depending on the subject matter. Their eyes will lead their head but their gaze may disengage downward occasionally when more meticulous distinctions are being drawn between impressions.

In certain curious conditions, the SeTi will manifest as a rather anarchical psychological inversion of the NiFe guru; a type of anti-sage. This subtype is, like other high Ti users often are, opposed to the coordination of people through collaborative thinking and social protocols. The anti-sage will use an antagonistic Fe to shame the suppression of free expression. Such individuals may become champions of hedonistic philosophy and explore freely into all areas of life without regard for their prohibited status.

This activity is far more than mere youthful rebellion, as the anti-sage may develop a sophisticated ideology and interpretation of life’s meaning and human purpose which itself stands pivoted against more widely held norms.

The anti-sage sees Fe as directly pivoted against their own Se, and in their pursuit to dissipate this internal tension, their psychic drama seeps outward into their physical life as an opposition to tangible representations of that inner suppression. Unlike the SeFi, FiSe and NeFi, who at times share the sentiment of unbridled emotional and sensational liberty, the SeTi’s possession of Fe obliges him to fight social protocols at their own game.

We see an example of this subtype in SeTi Marshall Mathers, who played a counter-culture game at a national level through music in the early 2000’s. In contrast to counter-culture Fi users such as Madonna, who embed their message self-righteously, while remaining reserved from their social appreciation or demonization, Fe’s game is far more forward and rhetorical.

In a twist of irony, through this unconventional path, the anti-sage may resonate with people and gain an audience or following but may largely avoid this newfound responsibility and advocate non-dogmatic personal development. In more esoteric iterations, the anti-sage may more closely resemble the NiFe guru in their advocacy of spirituality, the transcendence of all constraints and the use of Se as a channel into their own Ni.

For a complete account of this type’s vultology, we can look at interviews of the following SeTi public figures: