Transitioning from MBTI to CT
November 4, 2017 | By Auburn

Please Note! This article is outdated, as the 64 Subtypes system has been superseded by the psychoanalytical (1024) system. But this may still provide a good general overview of the transition pathway from MBTI to CT until a better guide is developed. Thank you.

Welcome to Cognitive Type. The video above offers a brief overview of the main tenants of CT and their differences from MBTI. Now, it's impossible to give a 4 minute summary of all that CT entails, but we hope you enjoy this introductory video. Feel free to browse the site to learn more about these concepts!

Edit: Labels such as FiSe-Ni and NeFi-Fi are now thought of as FiSe l-l- and NeFi ll-- respectively, according to development levels. See this article for more information.

So before we can even discuss transitioning from MBTI, we have to define what it means to come from MBTI. This itself is not an easy question as there are various schools of thought as to how MBTI is defined. In order to simplify the matter, I will be selecting just the two most prominent schools of thought to represent this question:

Names of the Types 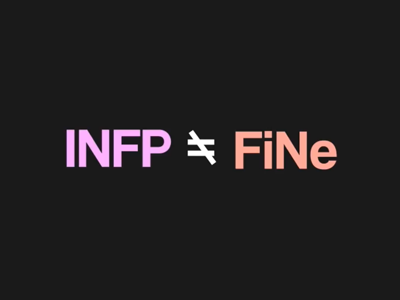 The first thing you might notice is that types go by different names in CT. This is because CT does not type individuals in terms of where they fall in the E/I, N/S, T/F attitudes, but from what function pairings they utilize. In this sense CT is more closely aligned to JCF-MBTI and if you are coming from JCF this may be entirely in line with your present thoughts on the matter. Many JCF advocates have all but abandoned the 4-letter nomenclature, as their concept of types has moved far away from dichotomies to functions. But they nonetheless still cling to the 4-letter code as a stand-in shorthand for their concept of a type. This has a lot of secondary problems, however, as it continues to reinforce the idea that the 4-letter code is directly associated to a certain function set.

For example as a JCF proponent you may know that sometimes an NiFe with developed Ti can mistype as an INTP or INTJ. And such a person will consider themselves to "prioritize thinking over feeling" and by any general definition of logic or ethics, they would consider themselves as belonging to the logic-based dimension. It would thus follow that to consider this individual INFJ would be a miscategorization or at least misuse of the standard MBTI nomenclature, essentially rendering the letter code irrelevant and misguided.

CT suffers not from this problem as it does not connect the function hierarchies to the dichotomies in a 1:1 ratio. If indeed the NiFe can sometimes manifest as an INF and at other times as an INT temperament, then that should be acknowledged. Functions create temperament, not the other way around.

If instead you were an NeFi who became heavily invested in their Fi, you'd be an NeFi-Fi subtype and your temperament would change to INF. You would, for all intents and purposes, consider yourself "an introvert" and will identify with all the standard behavioral indicators of introversion. This is also why temperament (or the dichotomies) appear to be fluid and why a large percentage of individuals (some estimates rank at 50%) change their MBTI type designation at different points in their life. They are not incorrect in doing so - but it needn't mean that they are changing their underlying functions. Considering temperament as a separate thing than type is the only solution to this dilemma, for as long as we are still tying the two together, we breed misunderstanding when a change in temperament forces people to misinterpret it as a shift in their underlying functions.

But if I'm an introverted NeFi, why doesn't that make me an FiNe? 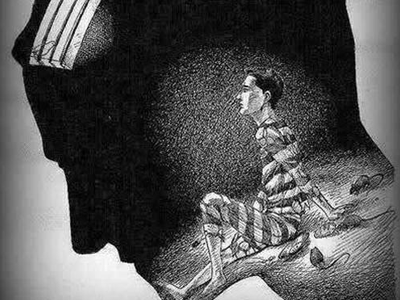 This is a common idea that may arise from the former, but once more it's incorrect to think of things via dichotomies (i.e. "introverted"). In CT what it means to be an Fi-lead and an Ne-lead are two very different things with effects that go far beyond simple introversion and extroversion as standalone personality traits. For example, the qualities of an Fi-lead are:

In order to be an Fi-lead, one has to also display a J-lead psychology, a Ji-lead psychology, a characteristic Fi affect, and follow the developmental narrative/storyline of the Fi-lead psyche. These things are not acquired by an NeFi becoming externally introverted in the conventional sense of the word. Psychological as well as vultological evidence will point to a different personal experience than that of the FiNe. A certain feeling will exist in the NeFi-Fi as though they were trapped inside themselves. Unlike the FiNe who exists in a native Fi state, the NeFi-Fi will experience a low-key (but perhaps long-term) mental stress in modulating their Fi function. Their introversion may be due to melancholy, loss of hope or social anxieties rather than an intrinsic comfort in inaction, reflection and  reactivity.

The NeFi-Fi indeed obtains an INF temperament, but does not become J-lead and instead their storyline continues to be governed by the dynamic flow of a P-lead; where they find themselves in a more Fi-heavy place at this present stage of their life. This may change with future years, as they ebb and flow out of modalities.

But how do you know functions are real? 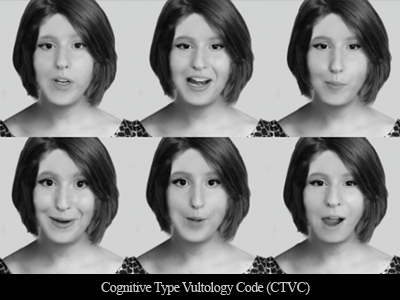 This question is directed at the standard MBTI proponents, who are dubious of the notion of functions and their existence altogether. First I must say you are entirely right to have doubted their existence, as nothing up until now has compellingly confirmed their reality beyond an assortment of abstract descriptions and definitions.

Likewise CT does not believe in functions for the same reasons JCF-MBTI proponents do. It acknowledges the functions because they are self-evident in the visual data. In CT what a function is, is not a matter of semantic debate but of direct observation. We've identified the functions as set of micro-expressions and mannerisms which show cross-cultural fidelity and positively predict psychology. And by analyzing a person's psychology at the moment the signals arise, we extract from firsthand accounts what the attributes of that function are. Everyone can now observe the functions with their own eyes and repeatedly arrive at the same conclusions about their attributes - finally closing the debates concerning their nature and the extent of their qualities. In brief, the initial arrival at this conclusion (which can be replicated) is as follows:

Rather than relying on semantic acrobatics to justify the differences between one process and another, we can now quantify what the functions are by gathering their traits from samples whose types we can unambiguously know. This allows us to bypass many of the the risks of confirmation bias, rationalization and related problems that the JCF often brings when seeking practical application. The JCF, however robust in its concepts of the functions, often fails to identify them in reality as it divorces itself so far from the literal/tangible that the same real-world information can be reinterpreted in a myriad of ways with little else but opinion dictating which interpretation is more correct.

Where do I start? & Approximate Learning Curve 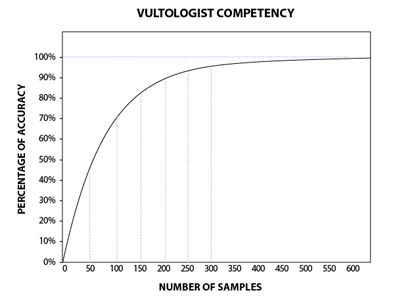 We are trying hard to bring the learning curve of CT down as far as possible, and our core team is working day by day to produce training tools for the public. Currently, the learning curve averages around 2-3 months to develop a:

The patterns of cognitive type will not become apparent with a low sample size (i.e. 5-10) but require at least around 40-50 samples to become apparent and self-evident, and after that it becomes a lot easier. The best place to start is by learning what the types look like via our "10 Minutes of Raw Footage" series, where we go over 10 samples of each of the 16 types (that's 160!) Try to look for the similarities between each of the ten samples.