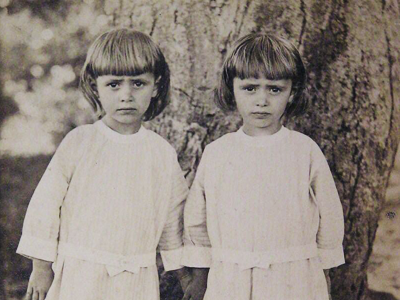 How intrinsic is type? How much of "you" are you born with and how much is shaped or created by the environment? More importantly, if you had been born in a different life, with a different environment, would your type have changed? Might your functions have shifted? Might their order be different?

A recent pilot study looked at twins for an answer. While much research has been conducted on the various similarities between identical and fraternal twins in order to determine the scope and influence of genetic factors, the question of whether our facial expressions and mannerisms are a byproduct of environmental influences or genetic variables - has obtained relatively little attention. Through the use of the Cognitive Type Vultology Code (CTVC), an analysis was performed on twenty randomly selected pairs of identical twins in order to determine how similar their expressive profiles are to each other. In a surprising turn of events, all 40 subjects were demonstrated to share the same vultological type as their twin, offering strong support for the hypothesis that type is intimately tied to genetics. Additionally, of those 20 pairs, 5 pairs had been separated at birth for between 10-33 years having no means through which to imitate one another’s expressions. Despite this time apart, all 5 pairs of twins still held the same vultology and psychological type. This pilot study has profound implications on the nature, origins, and persistence of type in us.

It's too early to confirm but as of this time, all signs point to: yes. To clarify, the facial similarities in twins are not what vultological type measures. Naturally, identical twins share the same appearances. But it is by no means obvious that they would - especially after being separated for decades - share the same body mannerisms and facial micro-expressions. These twins were not only the same type, but also shared the same subtype. As neuroscientists continue to discover, much of our living experience happens outside our conscious control, including these micro-expressions we all elicit at second-by-second intervals. Contrary to popular belief, these automatic expressions are side-effects of mental activity, and not merely channels for social communication.

"Ok, they have the same micro-expressions, but is that really identifying type?"

Now, the correlation between vultological type and psychology is a different matter which involves testing whether vultology can significantly predict other elements of a person's personality and temperament. To test this, a preliminary study involving 537 visually confirmed samples was performed to see whether people of the same type shared career or occupational preferences. The study confirmed that individuals with the same (vultological) primary function accounted for between 25.9%-55.6% of the demographic pool in 10 of the 14 career categories containing more than 20 samples; up to four times the median value. This supports the hypothesis that vultological type does carry implications related to interests, occupation and aspects of personality - as visual analysis is able to anticipate domains of interest with considerable predictive power.

What is Nature and What is Nurture?

So the evidence suggests that vultological type belongs to the domain of nature, not nurture - but does type definitively determine everything about our personality? 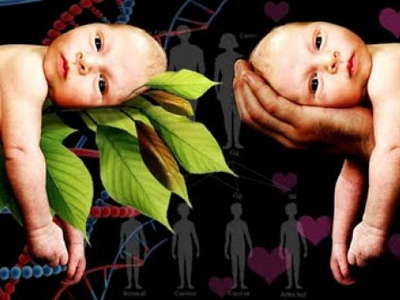 The short answer to that is: no. Personality is a related but different thing than type. Personality is what emerges out of us through the clash of our nature against the environment. If type is how we naturally process the information of the outside world, then personality is how that processing style works over our lives to create our specific preferences and habits. Type works to heavily influence the development of our personality traits, but it is a combination of nature and nurture that produces the person that is you.

In the words of Nancy Segal, for decades human behavior was explained almost exclusively by forces outside of the individual. The social constructionist view suggested that humans were born as blank slates without much or any innate psychic predispositions, and that personality developed via a feedback cycle with the environment. However, a global study aggregating research conducted over 50 years involving 14.5 million fraternal and identical twins concluded that nature accounts for an average of 50% of the measurable variables between the twins, while nurture account for the other 50%.  In this landmark study, the age-old question of whether we are defined more by nature or nurture comes up as: both.

But this 50% numerical average included everything from asthma to allergies and cleft lips. Traits related to psychology such as mental function and mental/behavioral disorders demonstrated higher genetic proclivities at between 55%-70%. Nonetheless, it would be incorrect for anyone to exaggerate the influence either facet can have on the individual.

Any model that leaves out the intrinsic component of psychology is incorrect; we have hardwired genetics in us that span into, and shape, our personality. But neither is it correct for any model to exist without accounting for the potential level of variability we may have. As a consequence of this inseparable duality, cognitive type theory exists as a nature-and-nurture model --- with "type" being nature and "subtype" accounting for the variability brought upon us by nurture and different levels of function development.