Emotional Attitude
August 15, 2017 | By Auburn
Emotional attitude (Ea) refers to common styles of emotional signaling which can be read through a person's vultology. There are currently two emotional attitudes that are visually measured: guarded and unguarded. Each style can be displayed in high or low quantities, independent of the other. The styles correspond to a person's relationship to the social world, and how they choose to interact with the environment. This interaction can happen through emotional defense (guardedness), emotional entry (unguardedness) or a combination of the two. Both modalities are present in each person and this openness or guardedness shifts in real-time, based on who the individual is talking to and what their relationship to that person is.

These two emotional signaling styles can be identified by the following vultological signals:

Metabolically, expressions of guardedness correspond to a shielding of the emotional register; a protectiveness or a barrier between the self and the social party. Oppositely, unguardedness corresponds to an unprotectedness of the emotional register; a receptiveness and susceptibility. This barrier may exist unconsciously and be erected outside of the person's voluntary control. While thoughts can be changed by adjusting our conclusions, emotional attitude shifts when emotional changes transpire in a person's inner world towards the party in question. 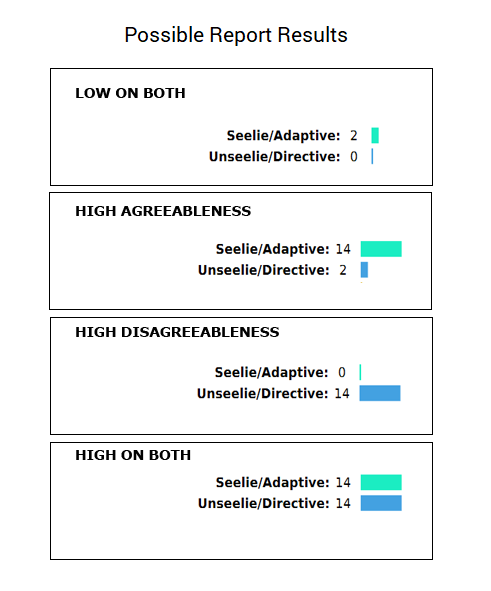 A habitual or strong tendency to prefer only one one these modalities of expression can lead to the following behaviors:

Emotional attitude is a separate phenomenon from our cognitive type, yet one that exists alongside of it. While our cognitive type is a pattern of information processing which resides in the cerebral cortex, the activities of the emotional register are more deeply rooted in the limbic system and the rest of the body. These two systems are computationally divided from each other, yet they run in parallel within us like two separate "centers" of awareness. But to understand what the conjunction between these two systems looks like, we can first summarize what each of them handles on its own:

Separate, But Running In Parallel

There are strong connections between the cortex and the thalamus, through the thalamocortical network -- a structural highway of neurons that oscillates information back and forth between the two regions at matching brain frequencies. Thus, just as with the two brain hemispheres, biology is simultaneously keeping these systems apart from each other in order to specialize different tasks, then re-joining them through structural pathways. However, this creates a nuanced relationship between the systems that is best understood as "separate, but running in parallel." What we think (cortex) affects how we feel (limbic), and vice versa. Yet they remain separate operations.

This parallel processing is especially important to clarify in relation to the biotic (F) and abiotic (T) attributes. The biotic/abiotic attributes are wholly cognitive operations, responsible for our recognition of an object as possessing animation or being inanimate. Neither are emotional in nature, and thus being a high T or F type is unrelated to our emotional attitude. The two dimensions can exist in any combination. We can model these combinations with a diagram like so:

Te + Unguarded: To give an example of how these two dimensions come together in a real person, we can consider the case of a Te-lead + Agreeable parent. A Te-lead mother may care deeply for her daughter and be sure to take care of her logistical needs. In doing so she will mentally model her daughter as an object/system with inputs and outputs, and take the appropriate mechanical (T) steps to ensure her well-being, as a well-oiled machine. Although the daughter is loved very much, and is treated as a living subject by Fi (essentially), she is perceived as an abiotic object within a mechanical causality at another level (Te). The agreeable Te user will be compassionate toward people, sympathetic toward their needs at the emotional level, but at the cognitive level their problem-solving thought processes will be robotic. Thus they will employ a dry, logistical methodology towards achieving the aims of their agreeable attitude. These two dimensions are not opposed to each other, since the Te user's mechanistic focus assists them in being able to help those they love.

Ti + Unguarded: To give an example of this in the Ti-lead, we can suppose that a Ti-lead mother wishes to help their daughter who is having emotional problems. The mother's agreeable attitude will cause her to feel sympathy and share the pain of her daughter, due to a permeability towards her. However, in aiming to understand her daughter's emotional predicament, the mother will psychoanalyze her with a level of mental distance. The daughter is treated, at some cognitive level, as an object that is being diagnosed the same way one might diagnose a patient using a medical instrument. The Ti-lead mother may try to explain the daughter's emotional condition from some abstract conceptual space, rather than registering her subjective qualities directly as a living essence. However, much like the Te-lead mother, this treatment of the daughter as an object will assist the Ti-lead mother in her own way. The mother may come to form an understanding of her daughter from a psychoanalytical point of view, and then use that knowledge to assist her through issues.

Although the J functions are a separate phenomenon than the emotional register, the J functions have a relationship to the final expression of emotions. Whether a person has Ti-Fe or Fi-Te will influence the way in which they manifest their agreeableness or disagreeableness. These differences are given the following names:

Click on the items in the table above to read more about these emotional attitudes.