The first and most fundamental division in Cognitive Type is that of Judgment and Perception. These two concepts correspond directly with Iain McGilchrist's psychological descriptions of the left and right hemospheres respectively. The video below offers a thorough explanation of the nature of these two facets of our humanity: 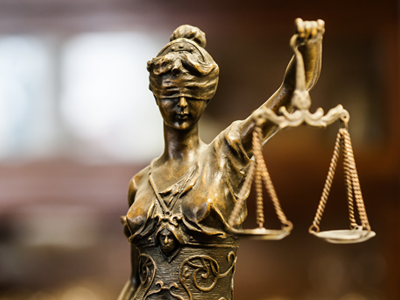 Like the bird seeking seeds among a backdrop of pebbles, the task of Judgment is to differentiate between information sources and organize that information into definite concepts and discrete ideas. It must tell what something is and is not, and in order to do this it thinks in more binary terms. It wishes to understand what the state of the world is by teasing apart situations from one another. It does this by examining reality through the framework of yes/no; from a vantage point of accurate/inaccurate, right/wrong, ethical/unethical and good/bad. Judgment is analytical in nature; driven to formulate an understanding of the world through the construction of interpretations, theories and frameworks. It is a process primarily concerned with reason; seeking to take the seemingly random and nonsensical reality around us and "make sense" of it through description and quantification. One could say Judgment is seeking always to "pin down" things; to come to conclusions and understandings. It will take the chaos of reality and differentiate substances from each other until everything is righly understood. In the mythological sense, Judgment is also the "Logos" or "Word" which speaks order out of chaos.

Judgment is driven by control; for a desire to get a hold on reality through word, concept or idea so as to feel secure and (conceptually) in charge of their situation. There exists in the Judgment type a thirst for security in truth, as they come to understand it. And being on the right side of truth is forever the imperative. For this reason, Judgment is often politically inclined, susceptible to argumentation and debate. A Judgment type may be an ethicist, activist or philanthropist driven by a "cause"; motivated by some exacting reasoning and rationality. On the other hand they may be scholars and intellectuals driven to quantify reality through research -- but in either case their goal will be to get a grasp on the world and act rightly within it. 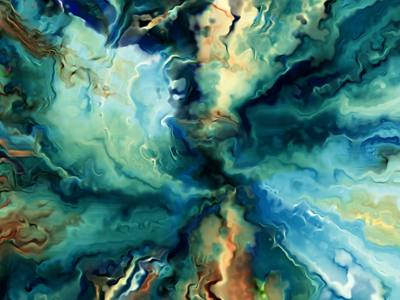 Perception by itself resists any fixed attempts to define what the information might mean, remaining ever receptive to the ongoing and unfinished nature of things. There are no axioms in place to guide the flow of knowledge into an explanatory scaffold. It forms a completely different "understanding" than the rigid and linguistic comprehension provided by Judgment. Perception understand things broadly and in an interconnected fashion, rather than as ideas with conceptual boundaries around them. Perception is impressionistic, poetic and metaphorical; relying more on imagery and imagination to understand how reality unfolds itself. Things are understood as dynamic, interwoven and never entirely separate in form or structure. Perception thrives off of the activity of synthesizing data in an organic way through the accumulation of experiences and harmonizing those experiences together passively (rather than intellectually) into tapestries that are strung together in countless ways. To Perception, the obsession to control the world through Logos/Words is equivalent to a suffocation; artificially committing to one definition of a thing rather than seeing how no thing can rightly be picked out from the rest without also making it dead. The vitality and meaning of anything is seen through it's participation and relationship to the whole, rather than for its own static quality. 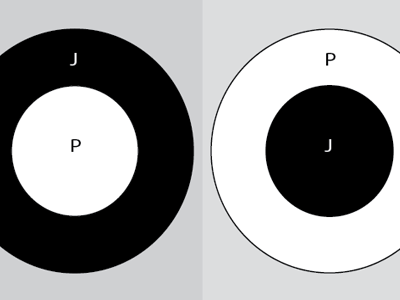 Every person has both of these aspects within them. These separate and specialized hemispheres exist in everyone, battling against each other. We all have the capacity to view reality in precise/acute detail (J); to understand things through delineation, grammar and seek for designated meanings and utilities. But we all also have the capacity to understand reality as a non-verbal, amorphous whole (P) which is composed of countless variables swimming as concentric layers; inviting us to swim with it in order to understand it's qualia. But in each of us the metabolism of information starts with one, and uses the second hemisphere to better make sense of the first. A J-lead will study the amorphous flow in order to extract from it the truths of life, which may (ironically) even include an explication of the nature of the flow. Oppositely a P-lead will exist and drift in this unnamed dynamic flow, but use judgment to make key decisions on how to better navigate that river from moment to moment.

There are structural elements in the brain that keep these two operations separate from one another. Due to our need for specialized functioning, Judgment and Perception exist as eternally opposed processes, creating in us a deeply rooted psychological split.

Both hemispheres have different personalities, so-to-speak, which coexist in us as inverted perspectives. They are inhibitory to one another, actively suppressing the other's activity. This natural segregation is responsible for the division between the judgment oscillation and perception oscillation, and is also why J-lead and P-lead constructs the primary dichotomy between individuals as our psyches will have a proclivity to utilize one metabolic pathway more strongly than the other.