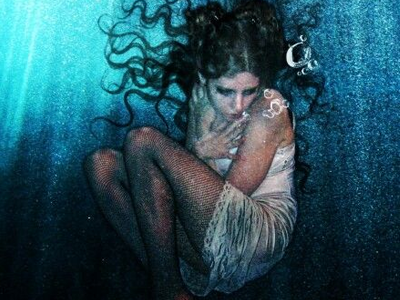 The word “submerged” refers to the psychological state of being involuntarily weighed down by the bowels of the unconscious, whether through archetypes, symbols or dreams. It is a state in which the mind is battling against certain contents and the energies of the individual are driven to address this internal narrative. Carl Jung, during 1913-1916 entered one such state of submersion where he withdrew much of his energies from the world and became consumed by visions out of which eventually emerged the Red Book. Clinically, submersion may manifest as depression, anxiety, bipolar, aggression and emotional volatility and other mental conditions — yet these are often outward symptoms of a deeper spiritual dilemma.

No types are more acquainted with the depths of human nature; no types are more aware of the shadowy corners of our being than those who have gone through immersion and come out through the other side. From this place springs forth great creative force and artwork. But no types are also more afflicted with the curse of Being than these. Submersion is a dangerous game to play, and not all who plunge headlong into the abyss return again for breath.

How it Affects Type 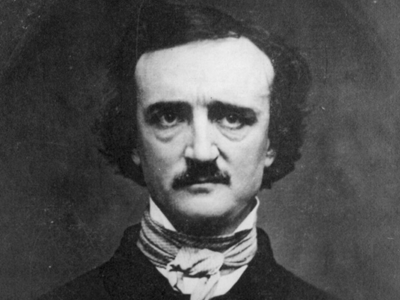 The difference between a type when in a normal state and when submerged is so striking that this detail alone is responsible for a great deal of previous confusion about type. The energetics of types drastically shift, and so do their countenances. This can be seen most strikingly in the presence of flat affect, which is a potent indicator of a submerged psychology. An example of this affect can be seen in Edgar Allan Poe (right) who contended with the drama of Being and inscribed his observations in poem and story. But we also see flat affect in Adolf Hitler, whose neurosis overtook his psyche as he acted as a vehicle through which the demonic aspects of humanity could enact their tales. Flat Affect can also be observed in the majority of serial killers, as these destructive tendencies are often outward expressions of internal dissonances. Submersion is nothing to make light of; it is at once a blessing and a curse to have your eyes open to the obscurities of our animal nature –filled to the brim with demons and angels. In these waters we find treasures as well as traps that can destroy one’s personal life, sabotage our wider relationships and destabilize the world.

Of all the types, one would least expect the Ne lead to lose their capacity for optimism and buoyancy. But when in this altered state, the Ne user loses all animation and levity. Yet the restless nature of Pe still remains, giving them no shortage of distraction and divergence of attention. Staying on tasks is no less difficult than before, and perhaps moreso now. They will seek stimuli as a means of escapism and will lack Ne’s typical creative proliferation. Imagination may not flow as wildly as before. Hope may be harder to find in situations; replaced instead by dread and feelings of suffocation. Parodies may be more scarce, and their humor may turn dark. When they play, they may do so deviously and play pranks on others. They may act out against the Order of the world and revel in watching it unravel, because the world outside feels like a prison. The system, with its drudgery and mundanity, will be violently protested against as it represents all that which restrains potential –particularly their own. The submerged Ne type will feel a deep frustration at their own lack of flight; having lost the ability to soar high and unbridled. This leads to a feeling of stagnation and claustrophobia. Freedom has been lost, and they have become their own greatest limiter. To counter this suffocation, the Ne type may have intense outbursts of mania in which they alter their demeanor completely and raise their spirits up with intense experiences. They soar like Icarus to the highest heights. “I can do anything” and “I can be anything” may be phrases that resound in their minds until the moment fades and they find themselves once again in the snaring confines of reality.

As with the Ne type, the submerged Se type will lack their typical engagement with the world. No longer are they the dancer, artisan, stunt man or party-goer. Far from it, the submerged Se user will lose much of the appeal once felt towards sensory stimuli. Rather than attaining stimulation from the invigoration and blood-circulation that comes with an active engagement with reality, they will forego direct contact and sufficiently satisfy these urges via proxies/substances –commonly leading to addictions. Sedatives may be especially preferred for their capacity to subtract from the restlessness inherent in their Pe. Like the Ne type, the Se type will become painfully aware of their stagnation when not distracted by some other outlet. When this awareness awakens, they may be driven recklessly to seek the most intense and dangerous avenues of stimulation in order to combat the apathy otherwise permeating life. Then when not “on” this way, the Se user’s mind will be turned inward towards ruminations and fears/anxieties. If their polar Ni has not been integrated, ominous feelings and premonitions will populate their mind. Words may be taken to have extra meaning; people may be felt as being against them. Paranoias may set in and their future may be envisioned as an imminent catastrophe through the fatalism of Ni.

Currently this article is unfinished. If you have been visually confirmed and are familiar with stressful experiences (or affect), please consider helping us expand this page by submitting your information to our research team. The team at cognitivetype.com is offering $10 for an autobiography of 500 words or more.