The familiar letters "I" (introverson) & "E" (extroversion) are not the primary means by which the CT system operates. But whenever these two letters are used, they mean quite different things in CT than most other systems. This can create issues in translating over from one system to another, which this article aims to address. So, what is “I” in CT? We’re going to go through several definitions below and compare them against what CT means by introversion. 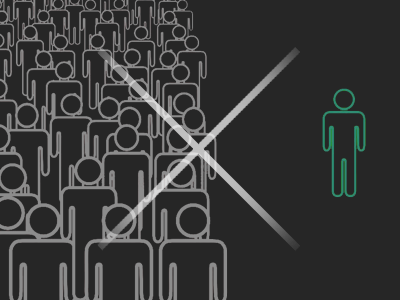 CT Answer: No. This common definition equates introversion with being unsociable. Those who are not good group mixers, or who don't talk to others, are considered the Introverts. But this is not what CT means by Introversion. A person’s taste or distaste for people is a very specific topic. Many life factors can affect a person’s attitude towards people, such as social anxiety or misanthropy. A person may choose not to engage in the world of people because they find them generally distressing or because they possess an unfavorable view of them and want no association with them. However, this is not synonymous with introversion in CT, where a person can have a strong introverted orientation while having any degree of interest or disinterest in social affairs. 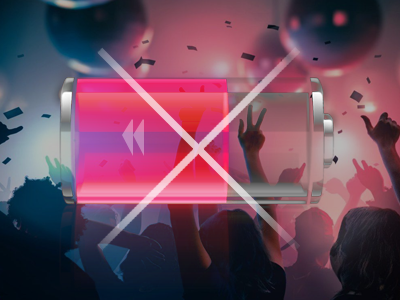 Definition 2: Losing energy from being around people

CT Answer: No. This definition still keeps the focus of introversion centered around socialization, but it no longer frames things in terms of directly disliking socialization. Instead, it frames the matter in terms of an involuntary energy drain whenever socialization occurs. This allows for I-oriented types to potentially love socialization and do it, while being acutely drained by it, and for E-oriented types to potentially dislike socialization while ultimately needing it. The analogy commonly used by this definition is that of a battery. Those with an I-orientation can participate in social and societal activities for a while, but it drains their battery to do so. They then have to go back inside to recharge themselves through solitude.
The problem is that this definition relies on a person’s physiological stress levels to determine introversion. In so doing it lumps in all types of people together who may suffer energy drain from socialization, for any number of reasons. For example, highly sensitive people of all types are overstimulated by the world and thus are drained by interactions with it. Likewise, people with high neuroticism can be stressed easily and avoidant of interaction, as their nervous systems gets easily emotionally overloaded. And there are plenty people who are E-oriented but suffer from social anxiety, HSP or high neuroticism. A concise definition of introversion would not be so broad as to encompass other nervous factors which may contribute to one's social draining. 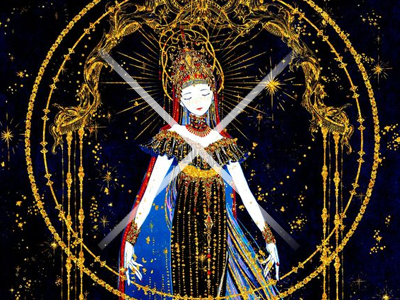 Definition 3: Having a rich inner world

CT Answer: No. This definition makes an connection between inner complexity and the introverted process, suggesting that the internal domain is the sole property of introversion. An introverted orientation then becomes synonymous with a depth and vividity that shapes the inner world into a unique landscape. But in CT, every one of our cognitive functions takes place in the mind, being cognitive in the clearest sense. Thus, phenomenologically, the extroverted functions are still "internal" to the mind and their activation adds to the richness of our internal complexity. Having psychological complexity and an active internal life is unrelated to introversion in CT. Any individual can have internal sophistication, individual thoughts and originality. 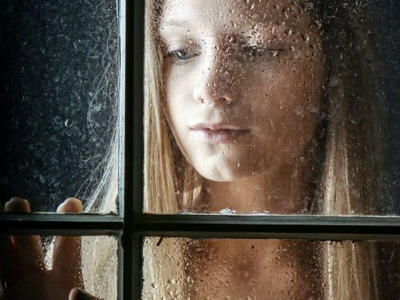 CT Answer: Somewhat true. This definition divorces itself from sociability, and looks instead at a general engagement or disengagement with the external more broadly. Here, introversion means having a relationship to external reality that is one of distance and disengagement. There is a conceptual removal not only from people but from all objects, and only a minor and very selective involvement with them. Learning happens more by watching than by doing. This is closer to the definition of introversion in CT, and these are common statistical effects of having a strong introverted orientation or development, regardless of type. However, the precise cognitive definition of introversion is: 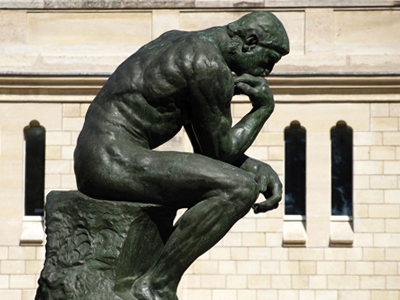 Definition 5: An orientation towards existing mental objects and their static realities

CT Answer: Yes. Cognitive introversion is the mental focus on the static realities and properties of existing objects, while halting the intake of any new objects. Here, more processing loops are directed towards the same objects, as if scanning them over and over, to gain clarity by revisiting them as sole units. When this happens the doors become shut to the outside and the mind focuses very acutely on only what is before it. The mind's real-time processing loops are spent on defragging and compressing existing material before absorbing any more material.
And due to the way cognition is embodied, for this introverted operation to work, there is often a need to disengage or withdraw the body from the external world. The eyes must stop taking in new objects, which either means they get closed or they zone-out. The extremities stop reaching out to manipulate things, which means they either freeze in mid air or they recede to the torso. During introversion, the body is "not present" and so it goes offline. It is as though, during introversion, the mind presses "pause" on the body's interactions with the objective world and directs its attention to clarifying pre-existing data only.
What results is a behavior which we know as "introspection." However, this introspection is only a momentary activity. We all introvert and extrovert hundreds of times a day. For example, when reading a book, the moments when the words are being ingested are moments of extroversion -- because the mind is engaged in absorbing new objects. But the pauses for reflection between sentences are moments of introversion, when the mind disengages in order to introspect and compress the information before ingesting more.
Some common definitions of introversion would classify the act of reading a book as a wholly introverted activity, but in CT it is both introverted and extroverted at different milliseconds. And whether the act is more introverted or extroverted as a totality depends on whether the book's being ingested as a massive reading sprees or intermittently with pausing. The same principle applies to any other information source. An introverted orientation or development will lead to a higher ratio of reflection and introspection to engagement and immersion.
But please note that this definition of introversion is not describing “I-lead” types exclusively, but the "I" attribute in the abstract sense. Everyone has both E and I and they use them both, often within the same second. Therefore, relating strongly to introversion doesn’t mean your psyche leads with introversion, as cognitive typology does not assign a hierarchy based on an overall E or I “preference.” Instead, this article is only mean to introduce you to what CT means by the "I" component, which never exists independently but is always tied to both Ji and Pi, and counterbalanced by Je and Pe.

If definitions #1-#3 are being used for "I" by another system, that system is incompatible with CT. If you have come from MBTI and either relate or don’t relate to “I” because of something in definitions #1-#3, please bear in mind we are not talking about the same thing here and typings will not translate over. If definition #4 is being used, there may be potential compatibility with CT, but no system is properly compatible with CT unless they share definition #5.

Why use “I” if it’s not about social introversion?

CT’s concept of "I" is most similar to Jung’s original definition, but is not identical to it. This may raise questions about why CT uses this term when it is not talking about Introversion, as commonly understood. For a full explanation of why Jungian nomenclature is still used in parallel with CT’s own terms, see this article.