Adaptive is the name of an agreeable emotional attitude when present in Ti-Fe users. Adaptiveness is not a feature of cognitive type, but is a description of a certain emotional disposition that a person carries throughout their life. The opposite emotional attitude is directive. Both adaptive and directive attitudes exist on a spectrum, and all Ti-Fe users have some degree of both within them. This article is focused on the adaptive aspect of the pair, as viewed from a behavioral perspective. 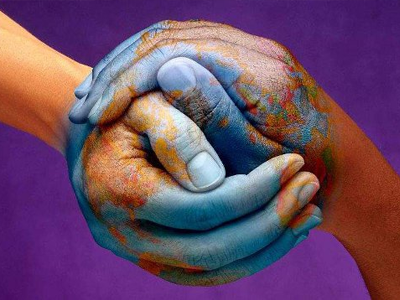 Although anyone may come to this conclusion, adaptive types more often leads the individual to believe “we are all one family”, one humanity and we all have an intrinsic connection to one another as well as a shared narrative of joy/pain and a moral obligation to our fellow man. It believes more powerfully in the ability of everyone to make a difference in the world, and to be a force towards that difference. It believes that if everyone lent a helping hand to everyone else, we would have no need for wars or conflict. Nobody would be left out, and by the simple fostering of good-will, solutions would arise to any social problem. This translates more generally into good-samaritanism. Taken to a deeper level, this can mean an advocacy for global peace and democracy. Adaptive types will tend to prioritize the group over any one individual, and will also see it fair and necessary for resources to be distributed more or less evenly. If called forth to serve, it will serve. It will heed the call both to satisfy a personal value of goodness, and to affirm their character and trustworthiness to the collective. Acts very much define this facet, and an adaptive attitude feels one only truly cares if they act out that care in deeds and words. This also leads adaptive person to be very verbal, and perhaps overly saturated, with its expressiveness in order to ensure the sentiment is communicated. 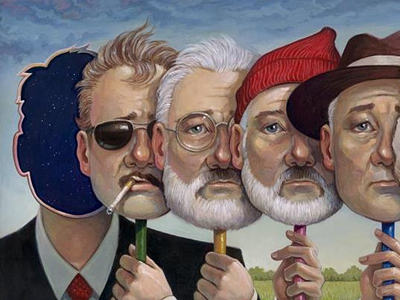 As the name implies, another quality of adaptiveness is adaptation — specifically the adjustment of oneself in order to meet any necessary social conditions. An adaptive attitude carefully tracks the energies of the social environment and intuits what is the acceptable protocol, then proceeds to blend into that energy. The adaptive person may wear many faces and will switch between faces depending on the crowd they’re in, in order to seamlessly adjust to the needs of each setting. They may excel at Pickup Artistry and at reading the nuances of social and sexual energies. And while this can help them create a highly prosperous social network, it can lead to a somewhat vague or diminishing sense of self, as they slowly start to lose their center to the many personas they have created for themselves. But adaptive Fe’s adaptability is not limited to the building of personas, and can also be motivated to adjust as is necessary for their own ethical convictions. If one’s personal relationships are suffering from frictions stemming from their own behaviors or habits, adaptive people will take measures to correct themselves; going through transformations of character. Whenever they discover areas for improvement, they may remake themselves according to a higher image. The adaptive person will feel that they are prioritizing the ideal (often God) above themselves, and submitting themselves to the requirements of the ideal.

Following from the aforementioned, adaptiveness is prone to manifest politeness and the automatic assimilation of a social programming or etiquette in order to maintain their rapport. Adaptive types will feel a strong anxiety whenever they are out-of-step, and this feedback quickly shapes their behavior in an unconscious way. “That which will offend” is not said and in some cases not even consciously thought. It becomes necessary to provide everyone with a smile and to be on good terms with all people. Adaptive people may not be able to stand the thought of having enemies or being disliked. This can be terribly debilitating and restricting as adaptive person may feel they are always walking on eggshells. They may secretly resent having to always yield and not show their true opinions, even if this self-regulation was their own choice. It may even be the case that non-standard or non-polite forms of expression are indeed socially acceptable given the right execution, however the adaptive person will not be the most daring to risk experimenting with alternative outcomes and will feel most safe following a known set of words and expressions. Over time this can lead to psychological distortions and to a splitting of personality due to how the darker aspects of directiveness have been repressed and not given true representation or validation. Words are minced; criticisms are withheld. And this fragmentation of self can lead to intense volatility when the person falls under stress.

Adaptive people can experience great stress from the nature of its attitude when not yet matured and integrated with its directive half. Adaptiveness has a repressed dark aspect, which means on its own it is unable to stand up for itself, to assert its own worth, to say “I am valuable” and to say “you can’t do this to me.” Here are some of the common stress behaviors adaptiveness may display: 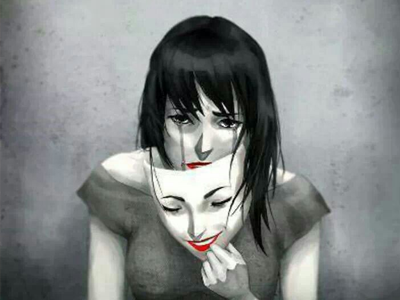 Adaptiveness often manifests as cowardice; an inability to confront problems, challenges, difficult situations or people. The most straightforward expression of this is lying. Rather than saying “no” to something one is being asked to do, an adaptive person will lie and say they will do it even when they know they will fail at it later. They may downplay the negatives of something in order to retain a positive image, or aggrandize their accomplishments in order not to lose face. When asked if they still love someone, they will say yes to prevent hurt feelings in the immediate moment. When confronted and asked to explain, they’ll say nothing is wrong or will make excuses. This cowardice can become very distressing and troubling to their life, sabotaging many relationships both personal and professional. They may not consider that they are in fact damaging the situation rather than helping it by their concealment and dishonesty. However, they will rationalize their actions as being for the greater good even though fear is the truer motivator in them rather than a genuine wish to aide the situation or the people involved. 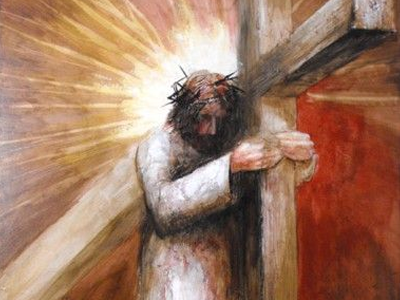 Another negative effect of adaptiveness is martyrdom. Like the aforementioned cowardice, adaptiveness will often not have the spine to speak up for its own needs and will be prone towards quietly taking abuse. They may be paid a very low salary at work and never ask for a raise, or ever complain about their position. They may take on all church responsibilities and bury themselves in obligations to everyone else. If this behavior is neurotic, they will work themselves down to an early grave for not knowing when to stop giving. At other times, their own ideology may persuade them into this martyr behavior as they sacrifice themselves for a greater cause. But adaptive Fe’s martydom is not always a result of heroism; it can at times be just as much a result of shame and failure. The adaptive person may not feel they have the personal value or right to assert themselves due to a feeling of low self worth. This can cause them to take on the attitude that they “deserve” what is happening to them; that it is fair and that they’re in the wrong. In severe cases this can lead to suicide where what seemed like a perfectly kind, beautiful, polite woman is found dead from the excessive toll she incurred for living a life of emotional debt to herself. 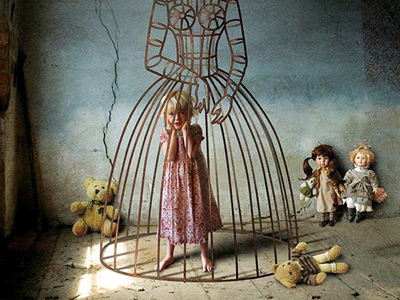 A different result that might arise from an adaptive attitude is an encompassing feeling of importance in the eyes of others as nurturer. The ego becomes fixed in an identity as “provider” and “supporter”, giving their life a purpose. In order to feel valued, adaptive individuals may want to make others dependent on them in order for them to feel they have some greater meaning to others or the world. If she is a mother, then she will be possessive and use her children as her reasons for existing. This expression of adaptive qualities crosses over with what Jung called the dark mother archetype; the over-protective woman that suffocates and consumes her children. This expression will work to unconsciously make it difficult for the other person to leave them. While outwardly wishing for the freedom of their dependents, their actions will speak otherwise. In a million subtle ways, they will secure their value to the party in question. They may say “we can use my car, you don’t have to buy your own” and thus ensure their place in the morning drive and its conversation, as well as pave the way towards a more difficult emancipation. The same will happen in romantic affairs. In its worse form, this obsession with the dependent party can lead to jealousy. Other friendships or connections are discouraged or even prohibited, isolating the individual beneath the adaptive person’s faint smile.