The FeSi type emerges when the Fe-Ti oscillation is primary and lead by Fe, while supported by the Si-Ne perception oscillation. As a Je type, the FeSi will demonstrate a natural aptitude for bodily coordination. Their gesticulation will be well delivered, on-beat and embedded with an emotional undercurrent that aims to extend their sentiment onto others.

From an early age the FeSi will be keenly aware of the dynamics and economics by which the world of people operates. This awareness, in combination with their proactive disposition and engagement, brings into mind the question of how to manage oneself in the world and to the FeSi this becomes the central question of their psychology. They will exist in a constant relationship with the world of people – forming and orienting their own presentation, ethics and motivations toward a desired symbiosis with the environment or an alteration of it. 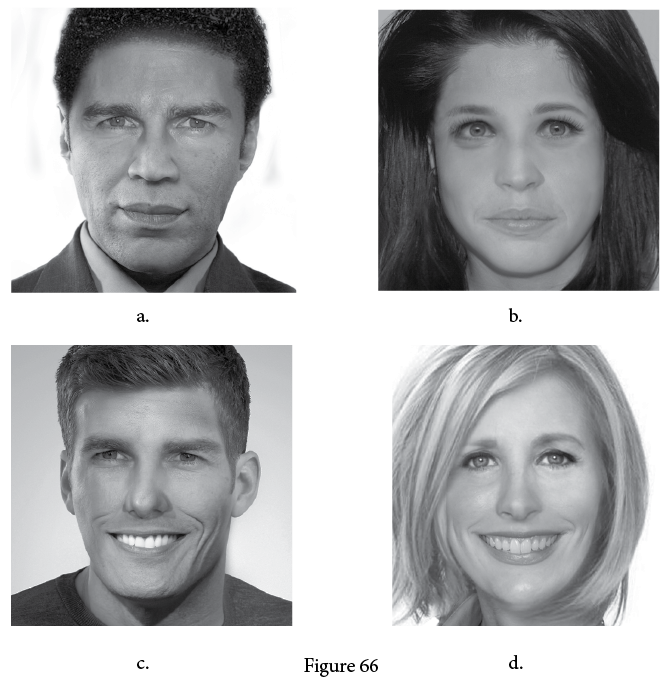 Being a judgment type, perception is not pursued for its own sake. What is gleaned from perception is primarily utilized toward a better understanding of interpersonal dynamics and the optimization of harmony. To that end, the FeSi uses the hypothetical speculations of their Ne and the static datasets from Si to form a concept of social arrangement that emerges from the present cultural context, but which also contains a degree of spontaneity and allowance for diversity.

While the FeNi visionary may seek to uproot or reinvent a societal structure with an imagined Ni projection, the FeSi is rarely so inclined. They will seek instead to amend a culture by working with the existing structure and addressing particular areas of dysfunction or injustice.

The FeSi will also be more receptive toward conflicting mindsets in people, often developing a habit of mentally simulating the experiences of others and running this proxy through Fe to anticipate responses, affinities or sensitivities. This gives them a more democratic character overall, which they may use to act as a mediator between people.

If the FeSi is directive, which is a more typical manifestation for this type, they will act as a moral anchoring point; at once a fellow participant and chauffeur through the many trials and escapades of life.

Unlike many low Fe users, who are more content with using Fe as a tool only for tactful social accommodation, the FeSi may decide to establish needed changes in the social protocol, overriding aspects of it with their own proposed structure. They often land in positions of authority, whether to a small family group or a large community, and become a mentor to those with more ambivalent views.

The matriarch will, like the SiFe eternal parent, be inclined to utilize the paradigm of Si as a blueprint for real-world navigation and teaching. Especially when life experience has allowed for Si to flourish, the matriarch may take the position of life coach, using their many anecdotes to highlight realities about human nature and how to most effectively orient oneself to these realities. Many times the FeSi will rely on proverbs and truisms to explain their framework and social methodology.

An inclination will exist in this type to consolidate experiences into simple and elegant precepts. This stems from the subordinate use of Ti, aimed at the organization of Fe and Si’s expeditions into logically consistent factoids.

However, due to this shade’s heavy reliance on personal narratives and the consolidation of limited experiences into wider principles, their understanding of people and society will risk being more memetic than realistic, and rely disproportionally on the customs of their home culture.

In some cases the ego will not properly differentiate itself from the general cultural wisdom that surrounds them – and through Fe’s conviction to align with others, these ideas will be set as a rather permanent life philosophy. In such cases the matriarch can appear dogmatic, echoing the environment around them while being unaware of the degree to which collective convictions have shaped their consciousness.

This subtype will also be prone to overextend the circumference of their ego onto those whom they nurture. In such cases, the matriarch may begin to manage the emotions of others, intruding into their life affairs and pressuring their perspectives and positions to align with their own.

Attempts may be made to dictate to others what feelings they ought to possess. Here, the FeSi develops a heavy personality which on the one hand appears cordial and friendly, but on the other will continually transition from friend to director. But this endless oscillation between adaptive and directive Fe will, in time, erode away any meaningful connections. The FeSi must learn a level of disassociation from the external environment in order to regain a proper sense of self and to interact with others with an appreciation for their unique and different perspectives.

But a post as a mentor or director is not the only hand this type will play. In different manifestations, they may care little for the advisor role, focusing instead on recreation, liveliness and interaction. They will aim to be likeable, charming and malleable; using their energy to project a fun-loving and charismatic persona.

Ne begins to play a more prominent role, adding its curiosity and childish momentum into the mix. This brings a quirky sense of humor to the FeSi’s personality, and the charismatic charmer becomes a juxtaposition between an authority figure and a child. They will always retain an air of respect and control in their social situation, but simultaneously allow themselves to be spontaneous and silly to such an extent that any other person might loose social favor by it.

We see this mixture in a variety of FeSi males who combine a polished and heavily masculine persona with a comical presentation. FeSi actor Terry Crews is one such composed, confident and sociable man who doubles as a humorist known for his many self-parodies; a duality that can also be found in his personal character. Here, Ne’s humor is utilized as the bridge between personalities, while Fe works to tactfully convert Ne’s initiative into a lighthearted social atmosphere.

We see this again in FeSi Michael Strahan, a former football athlete, current NFL analyst and co-host of Live! With Kelly and Michael. Strahan is no stranger to humor, often adding his own dose of parodies and goofy enactments to his broadcasts while tending to the emotional energies of the crowd and guests.

At times, however, the charmer’s methodologies may be far too general. By relying so strongly on the antics of Ne and aiming to maximize their Fe’s reach, they may appeal to the lowest common denominator in terms of human reactions and repartee.

Like the SiFe silly-serious, the charmer runs the risk of overusing or oversimplifying certain concepts and presenting a cliché performance. This subtype will have the composure of a Je type, but their Fe pushes will have a somewhat gentler execution.

Despite a reduced Je assertiveness, we will not see these Fe pushes glitch or strain in the same way as in the NeTi or TiNe, nor will there be a pronounced presence of Ti’s momentum halting. The combination of Fe and Ne will create a rather easy flow in body and rhythm.

If the FeSi is an adaptive sort, doctrinal assertions will be rare and a relativistic philosophy may be adapted where everyone’s life perspective is seen as right in its own way. An inviting aura is emitted where judgment and criticism are generally waived while diplomacy and collaboration become more pressing motivations.

This FeSi will “meet people where they are” and once at this place, they will aim to use their judgment primarily to help troubleshoot potential discomforts and conflicts. This tendency exists in all Fe users but is most pronounced in the FeSi and SiFe types.

The adaptive FeSi may become so talented at this integration that insufficient focus is given to the self. If the emotional economy does not properly factor in their own necessary reciprocity, the needs of others will be a consuming obligation. All power is yielded to the objective realm of people while the subjective faculties are ignored, earning this subtype the title of martyr.

The martyr will know the importance of all courtesies specific to their society and abide by them ritualistically without the creation of their own renditions. They will be the listening ear which never shies away from a troubled guest or request. Here the ego is invested in the approval of others and Fe’s sense of competence becomes dependent on an external definition of success. If the FeSi is not careful, they may come to feel that their identity has been lost to the collective and grow resentful of the world they so wished to help foster.

Paradoxically, this resentment may be felt even if it was the FeSi that was most keenly holding herself up to such an obligation. Such a psychology will certainly be haunted by an imminent actualization process, whereby the darker, directive and self-focused parts of their nature are to be integrated. The FeSi cannot sustain such an altruistic self-perception without suppressed content which will threaten to errupt in fits of anger due to a fragmented psyche.

When this type’s Ti is well developed, it will act as a centering apparatus; an avenue for arriving at a conceptual refinement of the reasoning behind their ethics. The dispassionate truths sensed about reality through Ti are used as a perspective from which Fe’s motives become even more relevant and important. The following are just some examples of what these philosophies might look like:

“Life has no meaning; we give meaning to life. Our purpose is to create our own destiny.”

“We know from studies that a healthy baby, deprived of human touch and affection, will die. We are undoubtedly a social species. We depend on one another to survive.”

Although there are no doubt many types which can manifest the same conclusions, the above statements demonstrate an orientation toward life, ethics and human nature which draws upon the dispassionate; from the inevitability of death, the arbitrariness of meaning or the scientifically verified. When such quotes arise from the FeSi, logic is used as a subordinate process while Fe’s ethical paradigm is the ultimate beneficiary of these deductions.

The philosophical moralist will retain a greater level of cerebral detachment from the environment when compared to the FeNi academic. The mind will be turned to the theoretical and a greater tolerance will exist for contextually void speculation. As with the TiNe, more philosophical paths are navigated which invite a bird’s eye view of a society’s psychology. Still the aim of the FeSi’s many musings will be oriented toward some eventual manifestation or practical change in lifestyle. The presence of Ti cannot fully abate the naturally forward and invested psychology of this type.

For a complete account of this type’s vultology, we can look at interviews of the following FeSi public figures: