The area immediately surrounding the eyes remains relaxed, as if holding the eyes in a gentle embedding. This area lacks muscular tension and is prone to contract/wrinkle under the intrusion of other muscular contractions on the face. 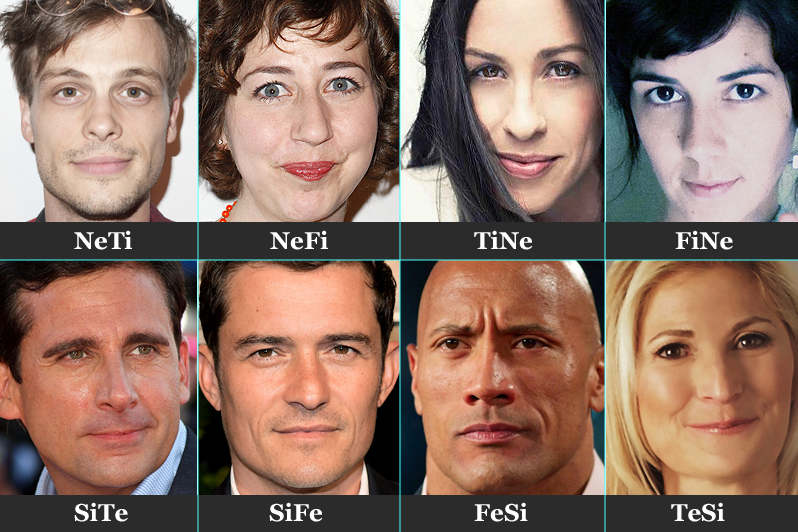 This signal reveals a psychology that is disconnected from the acuity of sensory detail in their environment, and instead perceives reality passively in an associative manner. Rather than taking in reality in a literal form with kinesthetic richness, objects and events are registered primarily by their iconic features and remembered as such.

Below is a diagram showing the muscular tension in eyes of Ne/Si:

The eyes of Ne/Si are taut only in the pretarsal region, which opens the eyelids widely, but the preseptal and orbital regions remain relaxed; causing the area immediately around the eye to be soft/gentle. However, there are a variety of factors that can interfere with the proper identification of Ne relaxed eye-area and Se taut eye-area. Here is a list of the most important considerations when determining if someone has an Ne or Se quality around their eyes:

Age can cause the area around the eyes to sag more quickly in Ne/Si users, as no tension is resisting the effects of gravity. But it is more difficult to tell apart relaxed vs taut eye-area in younger faces where the skin is still very firm. Hence, we cannot depend on visible creases to tell apart the two in youthful faces, but must instead examine how the eye tension cooperates with other muscles in a variety of expressions.

The eyes of Ne/Si on a young face may show no creases or folds, but when the individual starts to smile, perk-up or scowl, the area around the eyes will be far quicker to collapse under the pressure and intrusion of other muscles. In the eyes of Ni/Se, the tautness of the area around the eyes will cause them to resist and clash against other muscular tension that might develop from a layering of expressions. Here is a diagram to demonstrate this difference: 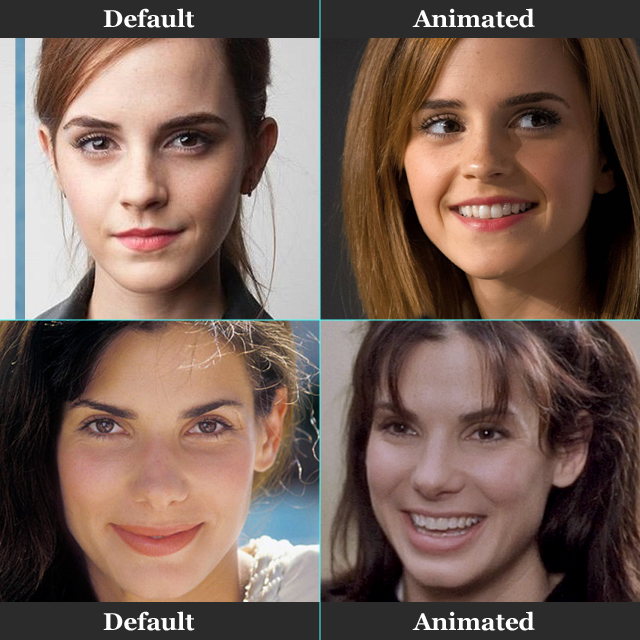 Here, Emma Watson and Sandra Bullock arguably appear to both have tautness around their eyes in their default/resting expression. However, once both faces start to animate, we can see that Sandra Bullock’s eyes retain the tautness around them, while Emma Watson’s eyes become soft due to the lack of an active muscular tension surrounding the eyes. As soon as other facial muscles begin to participate, the eyes are overtaken.

It’s important to remember that this gentle embedding refers to the are immediately around the eyes and not necessarily to the eyebrows which may very well be pulled upward from the outer edges in some cases. This is especially the case if the individual is a conductor type (high Je+Pi). High Je causes a natural “hardening” of the face, defined by a heavier set brow and a forwardness to the eyes. This will cause even Ne/Si eyes to take on certain ‘intense’ attributes. Here are examples of what this hardening may look like in the eyes of Ne/Si: 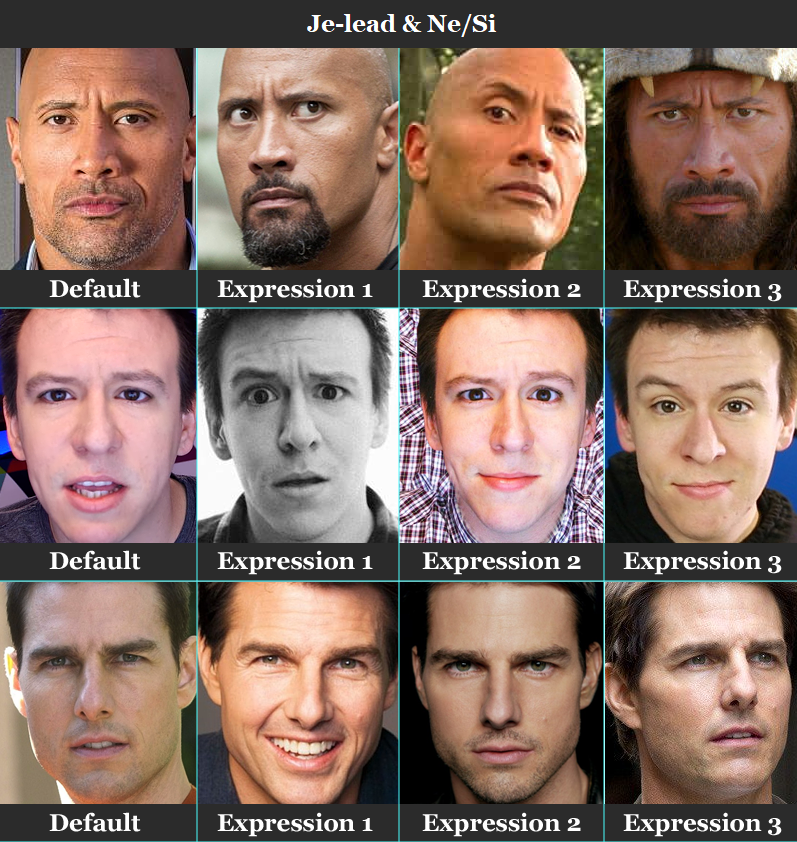 As we can see with the default expressions of these three JeSi types, the gentle embedding is present. However, in certain expressions (row 1:2, row 3:2) the forwardness of their Je eyes causes some of that gentleness to fade. But this effect should be understood according to the baseline. If we compare the same conductor energy on a JeNi type, we see an altogether different quality: 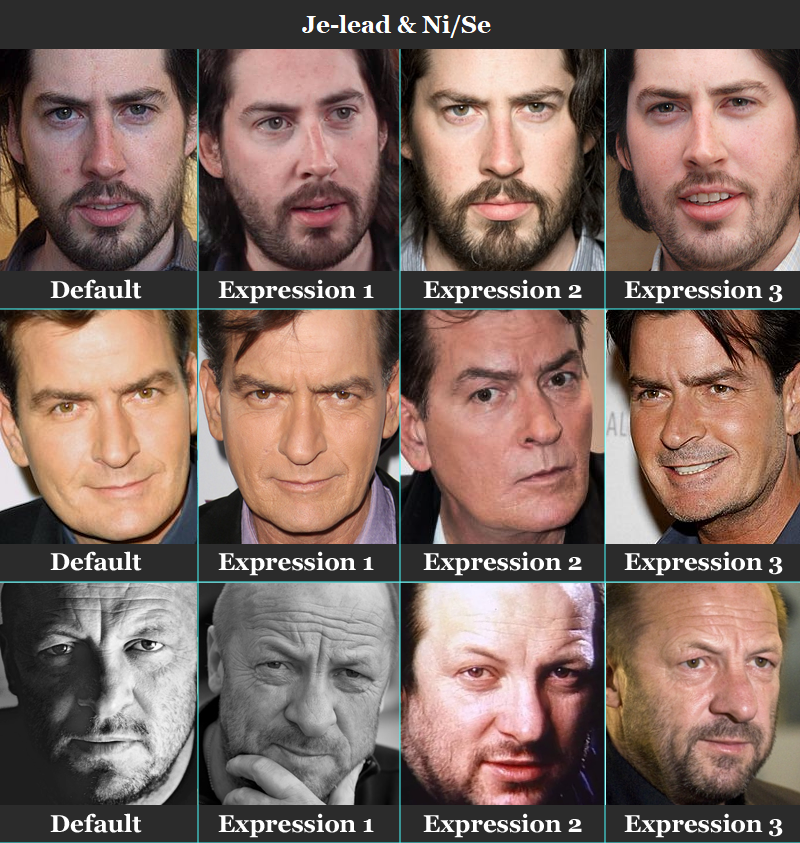 In the last row above, containing Zbigniew, we see a more aged face with sagging skin around the outer edges of the eyes. However in expression #2 when he was younger, Zbigniew’s eyes look unambiguously Se/Ni and even in the images of his old age the quality of his eyes is hypnotic and lacking in the naivete or Ne or dullness of Si. It’s important not to confuse sagging skin for a relaxed eye area. The area around Zbigniew’s eyes looks altogether filled with tension, even with the folds that fall around them. To demonstrate this more closely, here is a comparison between Ni/Se eyes and Ne/Si eyes in old age: 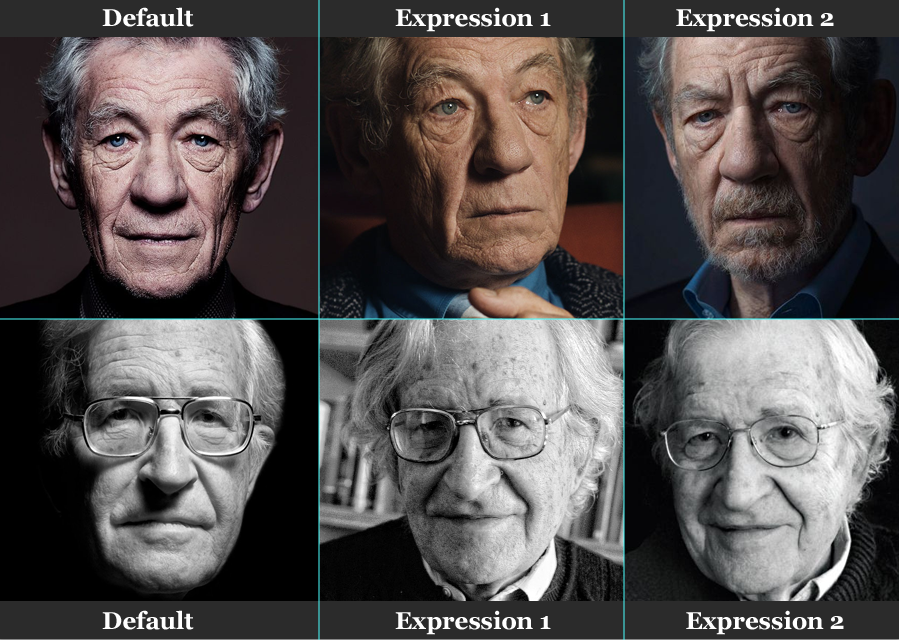 As we can see, the area around Ian McKellen’s eyes is still in a battle with gravity, although many folds have emerged over time. The eyes of Noam Chomsky, on the other hand, are deeply embedded within their sockets due to an absent tension around the eyes that has allowed gravity to have its full effect.

Another potential pitfall we must circumvent is the conflation of the signal with anatomical features. The eyes of asian and black people are especially prone to produce what appears to be natural tautness around the eyes. 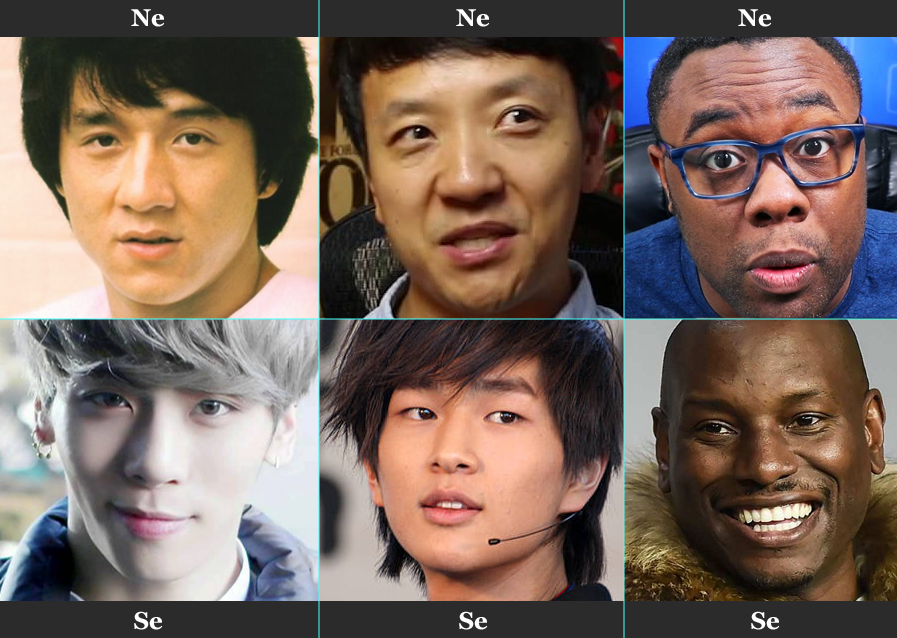 In the top row above we see Ne’s relaxed eye-area as it appears on the eyes of asian and black individuals. The bottom row shows Se’s taut eye area on the same ethnicities. Once again, we must adjust the baseline and discern the signals starting from the resting state of the individual’s anatomy. If we compared an asian Ne user to a caucasian Ne user, the asian Ne user would appear to have Se tautness. But we must instead compare all individuals to the overall racial profile of their parent culture to properly identify the functions.