This signal corresponds to what the Five Factor model calls the neuroticism spectrum, or an index of sensitivity to "negative emotion.” High levels of neuroticism indicates susceptibility to anxiety, depression, bipolar behavior, emotional volatility and the like. The flat affect is a visual signal that stands outside of the CTVC and was discovered by researchers as a common feature in patients with anxiety, depression, schizophrenia or other heavy mental illnesses.The picture above demonstrates what this signal looks like. The image is of Aviv Geffen, who suffers from strong depression. The left side image was photo-manipulated to approximate the difference between non-affected and affected, for the sake of comparison. It would appear that this signal can accurately identify at least the most severe cases of mental illness and depression. The absence of the signal may not discount the possibility of illness, but the presence of it very positively suggests it. The "under stress" sections on this website apply strongest to the individual with a heavy display of this signal.

Flat Affect on the Types

Below we see an example of how the flat affect looks like on several types: 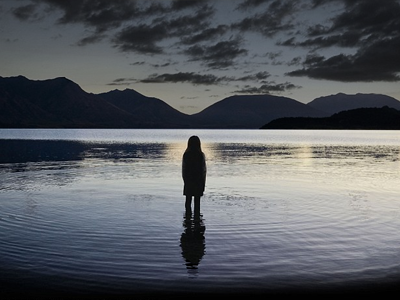 It should be noted however, that depression in the psychoanalytical sense is not only a perpetual state of sorrow/numbness - but a psychic preoccupation with a misaligned internal content. The person's energies retreat away from the world, but are being redirected towards an internal problem; a blockade or injury that is inhibiting an open interface with life. The presence of a severe flat affect indicates an acute psychological reparation process is either pending or underway. One could equate this metaphorically as a journey into the underworld. A dull or perhaps heavy dread will haunt their subconscious, creating the sense that they are living a charade. Life may appear half-real; things appear as a shell of what they were intended to be. And because their energetic resources are being withdrawn from the outer world, this invariably leads to an inability to function in society, as well as a freezing of all talents/skills hitherto acquired. The person may be unable to manifest, create or assert themselves in any capacity. Types with a natively intuitive temperament (particularly an intuitive and introverted temperament) are most susceptible to an immersion into the symbolic and archetypal, however any type with severe flat affect will begin to grow familiar with the archaic substructure of human nature. Often times, such people are driven into a spiritual or mystical journey. They may be haunted by cryptic dreams, sometimes horrifying and other times as visions of transcendence.

Affect: A Rise into Consciousness 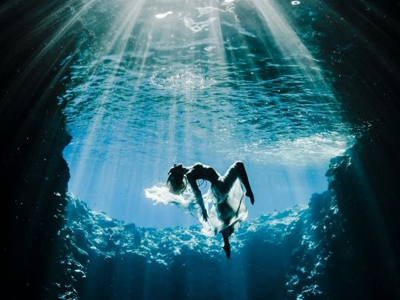 Individuals with severe flat affect usually have a complex function development, with multiple functions often rising out from the unconscious, or having risen into consciousness. It's unknown if the rising of more functions into consciousness is an effect or a cause of flat affect. Their relationship to these functions is always varied, but they commonly manifest as their mythological characters or narratives, and typically in their dark forms.  The conflicts between their functions may not be fully reconciled, causing the struggle of opposites to manifest in their own psychology and lead to volatility. If they're polarized they may oscillate between the lead and polar function, and exist as a fragmented personality that expresses certain functions acutely at certain times. This fragmentation minimizes as emotional health is restored.

The presence of flat affect can greatly interfere with a reading. Not only does it alter a person's countenance, but also the degree of animation of their body. As stated above, it leads to a lower dynamic emotional range overall. Depression can make an extrovert appear more introverted. If a person shows the flat affect, their true type is probably much more animated. For example if someone looks on the fence between FiNe and NeFi, with the flat affect, they're very probably NeFi. If the mental condition is one of numbness/apathy it can make a high-F user appear high-T, so we mustn't conflate a disassociation from one's own emotions with T-priority. Inversely it can make a high-T type appear uncharacteristically affected by emotions, so we mustn't conflate emotional amplitude with ethical priority. Factoring this signal into readings will greatly increase accuracy in understanding others, their current psychological state and what their underlying type may truly be.