Who is Jordan Peterson and Why does it Matter?
November 4, 2017 | By Auburn

Since the mid 1900's, Carl Jung has fallen out of favor in the realm of psychology. Few university classes speak of him anymore. If he's touched on at all, it's in a passing paragraph or two as an afterthought perhaps to the work of Sigmund Freud. A quick internet search for the most influential psychologists of the century comes up with names of behaviorists like B. F. Skinner and Ivan Pavlov. Why is this?

A Surge of Postmodernist Thought 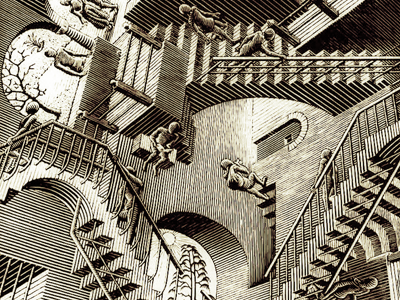 Jung was among the frontier thinkers that insisted against the blank slate theory. The ideological movement towards a 'blank-slateism' in the past decades has contributed greatly in universities to the demise of Jung's popularity, as Jung's entire opus revolved around establishing the legitimacy of a preexisting framework of organization under our collective consciousness that is responsible for our manifestation of religion, government, the family dynamic (mother/father), our mating dynamics and the narrative through which humans experience and live our lives. Jung argued that, like the bowerbird who knows how to build his elaborate nest out of some inborn memory and without any instruction from the outside, we arrange societies in the ways we do due to these historical instincts or memory-complexes in us which he called archetypes. He argued for example that the male sex is archetypally associated (and prone) to themes of provider, protector and aggressor within our deep biology - while the female archetype is associated more to nurturer, comforter and the pursued - claims which have been verified by a number of recent studies.

However, the inequality suffered by the African American community, the LGBT community, and women caused a deep retaliation against the idea of intrinsic difference in people - especially as might be used as grounds of discrimination. For so long, the oppression of women's rights and their inability to vote or partake equally in society remained unanswered, and finally came to a climax through feminism - which sought to refute the idea that there was any intrinsic justification for why males should stand above women.

The slogans of "inferior black race" still echoed through, and jarred our cultural consciousness - leading eventually to a heavy pressure in the humanities to take an egalitarian and non-discriminatory approach to human differences. Behaviorism took the spotlight, and sought to explain most everything that is different between two people by the conditions in which they were raised - with intrinsic nature having little or nothing to do with it. Females, it was said, are "no different than males and can do anything a male can do." The male gender became a symbol of tyranny, and so as with all extremes - a counterbalance was born.

Slowly, postmodernism began to dominate the intellectual thought of the age. Gender roles vanished, and the nuclear family arrangement was thrown into doubt. Gender reassignment became a matter of opinion, and people began to default to a complete relativism when it came to matters of human nature or identity. And in 2017, Bill C-16 was passed in Canada which aims to extend protection against discrimination to gender expression and gender identity and people's preferred use of gender pronouns. As a consequence, the bill essentially makes it illegal for professionals to not call a person by the gender they self-identify as (with the potential to risk their careers), and arguments have arisen about its implications regarding mandatory speech.

Jordan Peterson, a professor of psychology at the University of Toronto, spoke before the senate against the bill before it's passing - and of the dangers of its structure - refusing to use these gender pronouns, arguing that no scientific evidence supports the notion that gender is something relative and subject to personal opinion. And that, quite oppositely, the reality of gender is among the most robustly measurable differences between human beings from a physical & even psychological level. Since then, Jordan Peterson has become an international spokesperson for the legitimacy of male and female differences in psychology, as well as the whole constellation of intrinsic human attributes (such as our ophidiophobia, attraction to the color red, proclivity to create religion, etc).

As Jung himself asserted in his theory of enantiodromia - any extreme effect in psychology (whether individual or cultural) eventually produces its opposite extreme. The resurgence of Jordan Peterson into the popular eye is not so much due to Peterson himself, but is a deeper symptom of a shift taking place in our social-political climate away from the sterility of blank-slateism, and into an understanding of human nature grounded in evolutionary biology and its intersection with psychology.

What does Jordan Peterson Say?

Jordan Peterson asserts the reality of the collective myths underpinning our human narrative in his book Maps of Meanings, tracing their roots through our evolutionary past. As a well-read psychoanalyst, intellectual and lecturer - versed in all major models of psychology - he also presents a scientifically updated and supported paradigm for many of the hypotheses first outline by C.G. Jung and other authors such as Piaget, Rogers, Freud, Dostoevsky, Nietzsche and Kierkegaard. Among these are:

If you are a Jungian analyst, and you wish to update to the 21st century, then Peterson is your ticket to that refined perspective. Dr. Jordan Peterson consolidates many of these concepts and brings them into modern view - returning back the legitimacy of the Nature aspect of humanity. Unlike Jung, an intuitive and visionary personality, of the sort that is often hard to understand, Peterson (who is of a verbal personality) prioritizes the precise articulation of concepts. He is less mystical than Jung and makes sure to remove the superstitious elements of his models - which contributed to Jung's fall from fame - while keeping the genius of the man. Peterson gives clarity to the things Jung described first in intuitive impressions, but which are now confirmed by advances in modern science.

I'm not sure I need Peterson. I'm a typologist, but I don't buy into Jung's other theories

That's fine. But I think you'll come to understand that typology only makes sense within the context of the rest of the psyche. For example, if you start to type people without taking into account the temperamental differences between the male and female sexes, you eventually run into mistyping problems. These have to be considered alongside type, to truly address the diversity within humanity.

Another example you might run into is the confusion in explaining the orientation of unconscious processes. If you ask - "why is my polar function the way it is?" or "If I am an INF temperament, what's my relation to the depreciated aspects of psychology?" The EST attitudes have fallen into your unconscious. But what's the unconscious? ...well, that's where you need Jungian understanding. A comprehension of the relationship between consciousness & unconsciousness helps explain our paradoxical motivations and make sense of why we do things that sabotage us sometimes.

To summarize, the main elements that a Jungian/Petersonian root adds to Cognitive Type can be summarized as follows:

Cognitive Type theory is swiftly moving into this updated understanding of human nature, and tying in what we're learning through vultology with what evolutionary psychology informs us about our intrinsic human nature.