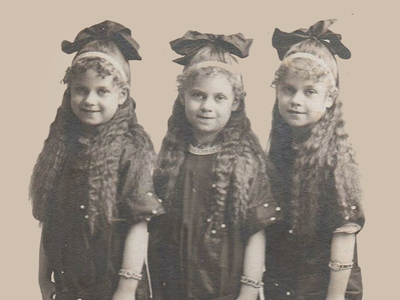 Type in CT is hypothesized as being an objective reality-- at the same level of reality as biological sex and blood type. It is speculated to be a genetic component, given what we have seen of identical twin studies. It's believed to be non-contingent on speculations suspended in a theoretical space, but discoverable and measurable as a physiological constitution of our personhood.
Given this starting premise, CT aspires to provide evidence for their existences outside of self-reporting or self-perception since, from this objective vantage point, type is no more susceptible to changing, based on our concept of ourselves, than is our blood type. Therefore, the primary and most important way to describe what a type is-- is by providing evidence of its reality outside of the confines of self report. If type is real, then the bar for proving it must be set high and be investigated through an empirical methodology. And like the existence of an exotic animal, the only way to show what a type is, is by demonstrating real examples of them in nature. We know that a cheetah exists not because we see paintings of it in old cavern walls, but because we can see and touch it.
Given this premise, the top menu section titled "Types" leads you not to a list of psychological profiles, but to a list of videos. These videos are intended to be a preliminary "proof of concept" for the existence of types. When examined carefully, they provide an argument for the existence of a natural phenomenon; one that requires detailed explanation according to how the phenomenon manifests itself organically.

How to Watch the Videos

The following is a list of the Type articles, in the order they were written, beginning in April 2018. You can think of this as a "crash course" on cognitive typology, approximating about ~10 hrs of time, if all videos are watched. Watching the types in the order below may be helpful, but by no means necessary. I recommend using Google Chrome to watch the videos, as some browsers struggle to load these many videos. 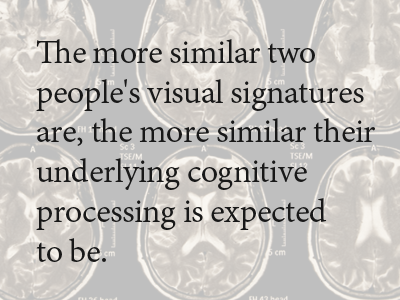 When you click on a type's article, you will see a list of videos populate. These videos are organized into categories and sub-categories according to vultological similarities based on the core hypothesis of CT which is that: The more similar two people's visual signatures are, the more similar their underlying cognitive processing is expected to be.
When watching, keep this principle in mind and evaluate its reality. Please observe the videos from a neutral perspective, not attempting to critique whether or not a certain celebrity's categorization coincides with any previous notion you may have had about them, or types, but instead measure only whether or not the people being grouped together appear to belong to the same vultological category.
Some people have a natural eye for this, but you can visit this page and hover over the signal names to understand the metric that's being applied to gauge similarity. It also helps to watch the videos playing simultaneously. If you see the similarities between the samples in the vultological group, that's half of the battle. We can then at least say that they belong to an objective category -- one of body language and mannerisms -- even if we say nothing about their cognition yet.

The second point to look out for is to ask -- do you see any cognitive similarities between those within this cluster? If the answer is yes, then we have the beginnings of a correlation-- one that can be tested. By itself, one instance of correlation may not mean much, but when there is repeatability, the discussion changes direction.
If you come across another sample that matches the visual group, and find that they also match the group's psychology, then we can at least say that, for whatever reason, it appears that this group of vultologically-similar people also share [x] psychological features, and that more people are expected to fit the pattern in the future. And we can further elaborate on what those features are, through exposure to more samples, rather than peg them into any predefined feature-set.
This is precisely the way Cognitive Typology has constructed itself over years; welcome to the club! In this model, we don't dictate what a type means, we allow types to tell us what they are, by observing multiple copies of them together in nature, under the single assumption that people will cluster together via micro-expressions and body mannerisms as a result of cognitive similarities. But it's up to us to find out which signal clusters are the most persistent ones, and what they evidence about psychology.
The data in this 16 part series is organized through our current model (1), according to what we see as the most clear visual clusters and what we think they mean. It has been organized in an attempt to make it accessible for others to review and to draw their own conclusions from the hypothesis being laid forth. Thank you for taking a look at our data, many hundreds of hours have gone into this project, so we hope you enjoy!

Read this next part after reviewing the 16 type articles listed above. Once completed, you may walk out of this experience feeling a few things:

Thank you so much for your time, and for giving this project, and its argument, a fair hearing. We wish to expand humanity's awareness of itself, and are forever thankful for your contributions to this endeavor.