Note: This article is due for a refresh; some information may be outdated.
Gamma types are those with Fi-Te & Se-Ni as their oscillation pairs. The four gamma types share an opposite orientation toward society and culture. While the alpha and beta types advocate a culture with a decent degree of uniformity, the gamma quadrant aims to meet the outer world with an objective approach and the inner world with a subjective approach. Logistics manage the necessities of life while individuality is cherished and preserved – even though they may not always agree among themselves.
Themes of philanthropy span across this quadrant and their absence of social protocols and obligations is answered with a heartfelt concern for incapable or less fortunate people. Especially in high Fi types, there will be a strong agency for the underdog. While the beta quadrant is susceptible to throwing some under the bus of social condemnation, the gamma quadrant will be passionate about reducing this type of inequality. On the other hand, gamma types will generally expect for people to remain self-sufficient once they can stand on their two feet and will have little sympathy for those who cannot make a success of their life after being given a fair start.
In its worst form, the gamma quadrant can develop a highly utilitarian mindset which feels self-justified in its success and indifferent toward the weak. They may become materialistic and vain, exalting beauty and individualistic perfection. 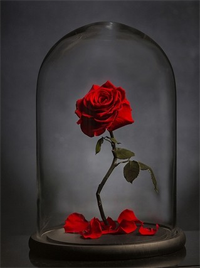 The gamma types have an energy that is simultaneously independent but pronounced or emotionally highlighted. When Se and Fi are the favored functions, the gamma will have the feeling of deep reds and violets. Added to this, there is a polish to their face and energy which gives them poise and in some cases sensuality. Unlike the Betas, this polish doesn’t come from suave presentations or timely articulation. It instead emerges from their emotional independence, giving them a somewhat self-contained and aloof presence. Whether the gamma type is aiming to elicit this sensuality intentionally or not, a level of erotic radiation will emanate from them unbidden. This happens due to their continually seeping Fi energy, which is visible on their face in a very honest and undiluted way. Gammas may feel simultaneously emotionally present, obvious and exhibited, while being private, shielded and very selective – like a beautiful rose kept behind a glass container.
As a result of this aura of forbidden beauty, gamma types may have an air of royalty about them; that of a prince or princess. To the degree that they keep themselves private and emotionally suspended from the world, they will inadvertently create a social dynamic where their emotional openness and involvement with others represents a type of privilege.

This type is private, individualistic, aesthetically minded and sensational. Somewhat nymph-like. Often having an aloof yet alluring quality, like a rose behind glass. They can be haughty, and stand up for what they feel are intrusions on the sacredness of personhood, either their own or that of other animals or human beings. Artistic, often privy to contemporary culture like the Ti+Se types. They’ll thirst for a degree of stimulation and exploration of experiences.
Samples:
– Marilyn Monroe
– Janet Jackson
– Lorde
– Michael Jackson
– Prince

Individual, ethereal and hypnotic. Similar to the Fi+Se types, but less connected to “reality” and more thematic or avant-garde in their art and self-expression. Often oriented toward archetypal aesthetics. Embodying the muse. Can be esoteric; psychic. In less extreme iterations also spiritual drawn toward a kind of animism belief, valuing nature and the life principle in all things. Advocating an expansion of our awareness of what is alive, and what is conscious. May swerve into certain beliefs like synchronicity, astrology, panpsychism, etc.
Samples:
– Kate Bush
– Bjork
– Jane Goodall
– Elvis Presley

This is the deadpan. Often seen by others as cold/aloof and militant. They hold a panoramic view of “process operations” and can identify inefficiencies in the conceptual or practical expression of systems. Thus also often effective and efficient in anything they pursue. And prone to pursue business enterprises with success. Can be political and often in a critical way. They won’t mince their words. No bullshit. But also not necessarily ill-willed. Just direct and honest in ways few other types are. Cutting right to the core of a matter and addressing what isn’t achieving outcomes.
Samples:
– The White Rose
– Zinnia Jones
– Donald Trump
– Aubrey Plaza
– Hilary Clinton

Articulate, often avalanching forward in their speech with fervor and power. Very snippy, to the point of being overbearing – often even to themselves. Opinionated. Militant. Outcome-oriented, driven personality. Little tolerance for irrelevancies. Can tend to be impatient, not waiting to listen. Productive, business-minded, capitalistic. Lazzie-faire. A bit hedonistic at times, or at least unafraid to explore the sensational unapologetically according to their personal Fi values.
Samples:
– Charlie Sheen
– Camile Paglia
– Martin Shkreil
– Rosie O’Donnell
– Josh Constine