But… hm, this begs another question:  are you making the case that a mythical narrative of a hero story is always Fe, regardless of the types of the characters?

Here is a segment from the mythology section of this article.

They are archetypes which occupy a role in the individual mind as well as in the collective. The net effect of these archetypes existing in the population produces large-scale social structures which define our political and global climate.

Due to this influence, the archetypes are also able to penetrate society as a whole, not just individuals with the function in question. All people can experience analogs to all the 8 myths whether by direct contact with them from their own psyche or from exposure to it from the outside. If it is from the outside, the dynamic is one of a super-ego relationship. An Fe type may be overtaken by the rationality of the Te myth which is praised in their parent culture –causing them to be driven by the myth through their own Fe function.

The mythology material of CT is not something necessarily existing at the individual level, but is part of a collective mythology. So for example, an Se-lead can be driven by an Fe hero myth. An example of this is Korra from The Legend of Korra, who is an SeTi character pushed into an Fe myth. 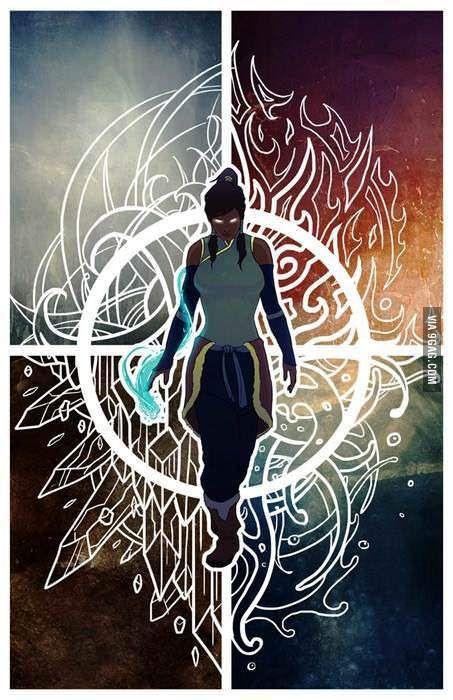 The myths don’t belong to any one type. There are plenty of Ti-leads driven by Fe hero myths, and it’s even possible for a non-Fe user to be driven by the myth as a kind of super-ego relationship (via their own Te). We even see this in how FiNe’s can be taken in by an Ni myth, and our member @umbilicalsphere also seemed very Ni-esque for a while there because of his fascination with the subject.

This is why the mythology section is the 4th layer, and the most removed from the source, but also the most “epitomized” expression of a function. It’s as though you take 100 Fe users, and super concentrate all their Fe qualities into an extract, in order to discover what the essence of Fe is; what it’s trying to get at fundamentally.. and that is the myth or archetype. As Jung would say, the archetype is eternal, formless, and abstract. It only manifests in specific instances imperfectly, but it itself is undefinable.

Now, an Fe-lead is actually in a unique position of becoming a living representative of that archetype (and so forth for all types). But many Fe-leads don’t choose to embody the archetype which they might have the option to embody. Someone like Jordan Peterson is twofold, he’s an Fe-lead and he’s in an Fe myth — which makes him a contemporary manifestation of the eternal Aler.

But again, the spirit of the myth can be cultural. An entire culture (including those of different types) can act out a myth. So for example, Japan is very Fe/Ti in its culture, even though it surely has many Fi/Te users. Those Fi/Te users will be participants in this narrative and to some degree may also integrate the philosophy into their being.

America as a whole is driven by a Te Meritocratic myth of the King. So some Fe users within the USA are driven by Edar. This is possible again because the “archetypes” are not specific to any person, but are part of a collective unconscious. At least, that has been my observation of how myths play out in reality. I am still learning about them too, and it’s a very voluminous –but fascinating– domain.