So while on topic, I’d like to also explain how P+ ties into libido, from the psychodynamics perspective.

Psychodynamics brings other aspects into focus, such as the qualia of pleasure and pain. If we propose that all cognitive processes are not just mechanical/computer instructions, but that they have a living motive & aim for acting, then the operation of P+ is also driven by some willful desire. We can also frame this from a neurological angle and say that all actions are ultimately driven by an instinct from the reward system.

From this view, we can say that P+ doesn’t just perform brute computation but it does so in the context of a reward system, wherein pleasure is the qualitative result felt when it locates new objects, while pain results when it cannot find any new objects.

We can then imagine the little robot car above being ‘excited’ or ‘curious’ when it sees new objects: 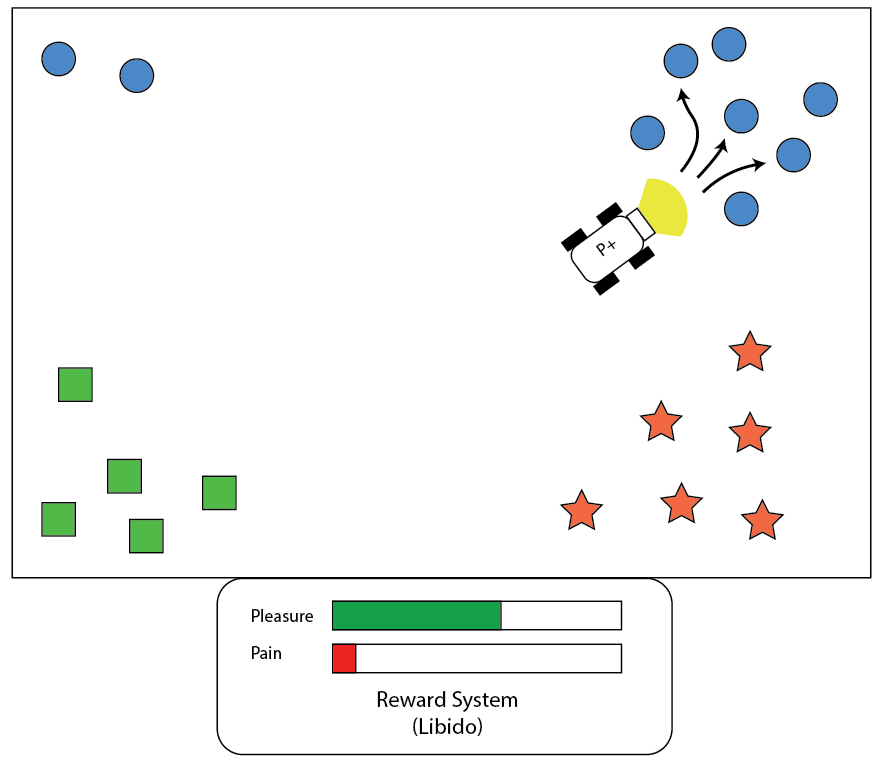 ….and maybe ‘frustrated’ and ‘restless’ when it spins around not finding anything else: 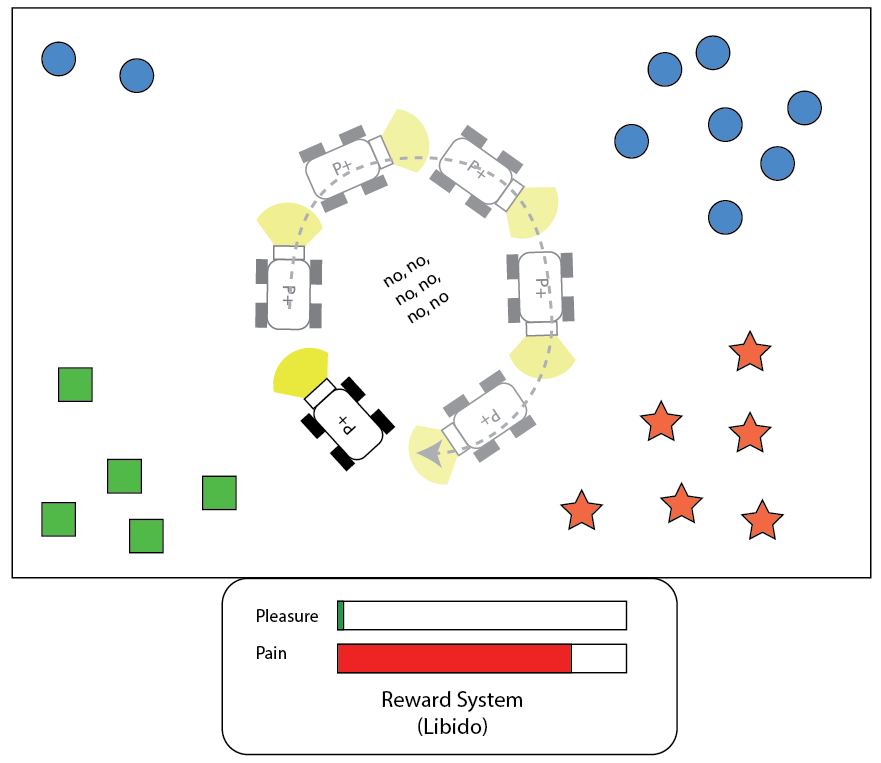 Framing things this way allows us to examine all sorts of implications. For example, we can examine the correlations that may exist between P+ and social media addictions. As you scroll through a news feed, every new post is a new object you see, and thus it triggers a micro-reward through P+, because new objects are streaming into the environment.

At the mildest level, P+’s tie to libido can lead to a healthy curiosity and sense of wonder/adventure. At the heaviest level, if this single neural pathway is over-relied upon, it can lead to a loop where all pleasure is sought from the experience of new objects streaming through. The individual may become dependent on a stream of new objects, for their gratification in life — and this is where we see crossover with things like enneagram’s type 7 descriptions (“gluttony”).

But it’s important to note that P+ is not itself the reward system. This is very important because being P+ lead does not necessarily mean your reward system will exist in a way where it’s dependent on this reward pathway for satisfaction. A person may have other very enriching sources of satisfaction in their life that make it so they don’t seek pleasure excessively from this one pathway. Or they may even have a different fixation. It does make it more likely though, because it’s an easy pathway to get pleasure from if you’re weighted towards P+, but many other life variables contribute to what happens to someone’s emotional response patterns.

Framing things this way allows us to both correlate P+ to said fixations/impulses, while not making it equivalent to it. And it’s one of the reasons why I find parsing out computation from psychodynamics to be important.

I wonder if that makes sense?

Let me know what you guys think! Any feedback or thoughts are welcome.

Or if it needs more clarification, please don’t feel shy to ask.