{Sometimes I wish there was a way for me to record my own thoughts as they spontaneously arise from my subconscious, raw, and then listen to them again when I attempt to actually word them out on paper. Random//}

Tbh, I don’t even know if the Void is really a Ti thing.. or a phenomenological quality that is rooted in something else (like Ji in general) but in the case that it is..

Personally I don’t see Ti’s lack of activity as synonymous with ‘the Void’ nor as a product of having reached certain conclusions. I see Ti’s inactivity as a function of it being a self-sufficient introverted function that doesn’t seek to influence the external world. I agree that Ti doesn’t need nihilism, depression or an acceptance of meaninglessness to be inactive. It just is due to its properties.

Therefore, to say that its inactivity is a byproduct of the cessation of the deductive process “once a line of thought has been brought to conclusion”, is to assume additional dependence of the function on circumstantial output (“The sentiment is, after ‘the answer’ has been found, there is rest.”).

I would assume all types may experience a ‘rest’ when they deduce or otherwise come to an answer that feels satisfying to a question that has irked or more neutrally captivated the mind. Or they may experience a ‘rest’ when the ontological questions become ‘“circular, always settling on absurdism” and the only answers answered are thus “the essential question of ‘how to be’” – but not the why or what for.. — this seems to be describing an existential approach to accepting life’s unanswerable questions as such. This may indeed give a sense of peace or inactivity, but due to the emotional attitude (living within the absurd paradoxes) and philosophical reasoning having reached a ‘conclusion’, rather than due to a deductive process unique to Ti. Whereas, Ti lacks activity regardless.

As for the Buddhist Zen phenomena, I’ve seen it as being very widespread across the West, and in other places like Israel, in a way that seems less related to type and more related to a post-modern search for a non-systematized spirituality that allows for transcendent experiences and instrumental wisdom devoid of mythology. But I agree that its axioms are more correlated to the phenomenology of Ti as a function.

While I share the inactivity of Ti, when I think of the Void, I think of a different experience, and give it a different reasoning. For me, the Void has been experienced in my teens and early twenties, when my Ti was heaviest, as very literal and visceral. It felt like an empty hole inside of my gut, a type of irritating existential dissatisfaction, that seemed to come from a phenomenology inclined towards a sense of the futility of a finite existence. Sometimes the void ached or itched, sometimes it was masochistic divine bliss, and most often it was numb and silent, But it was always there as part of my default state of being. There was a “nothing” inside of me, yet it was not a “nothing”, as I could experience it. I was an oxymoron, as absence existed inside of me.

I don’t see it as plausible that the Void was a function my Fe seeking meaning, as my Fe was virtually non-existent, and because if anything, it was the integration of Fe that may have assisted in its gradual diminishing. Rather, I think it may be the essentialist quality of Ti that may have given rise to my experience. This reminds me of a conversation I had with Auburn about a year ago:

there is a forever remaining question mark in life

its not a question mark that asks a specific question

its just. THE question mark

it doesn’t know what to ask..

do you wish to have an answer to that question mark..?

its not sure what the question is

i donno what the question is

so that the question mark goes away for a while, ..while life is good?

but the question mark is still there

perhaps it’s not really a bad thing– ..maybe it’s part of being human..?

when the question isn’t

what do you think it means..?

maybe that’s why ppl seek transcendent experiences. they fool them into thinking they have broken out for a while..

but even the ‘breaking out’ is confined.. to what is humanly possible to transcend

(…) i want the question mark to reveal its question to me — and then have it answered. and as always – i desire truth and love in their utmost purest ideal

i want there to be a way to know things with certainty, to have a verifiable way to know truth from fallacies, and right from wrong

i want to have a way to know how close/far i am from truth, and morality – objectively

the most painful of the ‘wh’ questions^

because there is resistance behind it

why – desires the reasoning for things/events

So it appears that as I seek to grasp the utmost essential — The pre-questions ‘Question Mark’ that transcends my limited time-space phenomenological capacities to articulate, I arrive in the Void (or as the Kabbalists term it – ‘Chalal Hapanuy’ – the ‘pre-existence vacuum of empty space’). As it is pre-existence it is pre-speech and ultimately remains non-verbal. All answers that are circumstantial to our limits as humans remain insufficient and are thus stripped of their ultimate meaning. In this way I relate to the enneagram 5 description of “life is meaningless unless ultimate meaning is found” or as I would say “life remains a Question unless the Ultimate Answer is found”. All other answers remain relative and contextual, fragments of a larger, deeper but ever elusive Answer.

But we don’t even know what the ‘Question’ is.

Dives into the Void 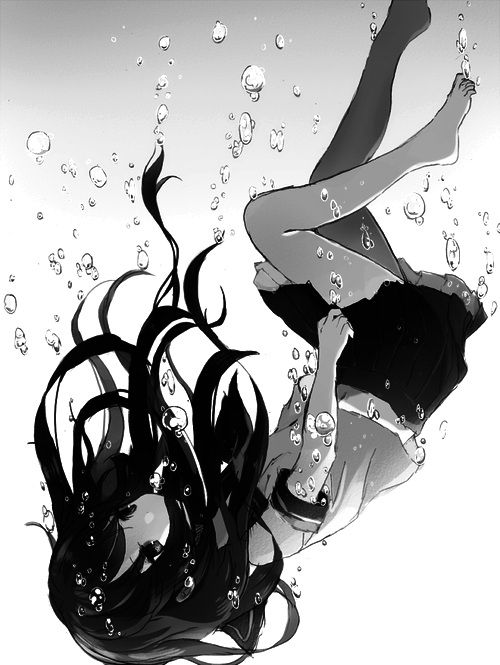 Today I no longer experience the Void in the same way. It is no longer an acute experience. It’s more subtle.. but it’s the same fundamentally — for me the Void has less to do with the aspect of ceasing to deduce after having reached a conclusion, and more to do with realizing I can never truly reach a conclusion to the most fundamental questions.. it’s the knowing the ultimate *full* Truth is out of my reach.. which leaves me with ‘nothing’. It is thus the essentialist nature of Ti ‘s deductive process which seeks to capture what is by definition out of reach (‘an absence’), which seems to give rise to my existential psychic void.