Whenever he is not righteously saving the world from evil (Fe), he is being silly and quirky (Ne) with his friends. This character is very similar to Naruto; it depicts the same “Hero” archetype that this type may take. Goku has less dimensions to him than Naruto, but he still captures perfectly the sort of ideals this type commonly holds, and the show itself is a type of embodiment of this internal dream. It is an FeSi’s dream to be a Goku; a champion, protector, hero, friend to all, yet playful and curious, optimistic soul.

Fe: Much like the Naruto anime, the Dragon Ball Z saga has a series of “bad guys” that are out to destroy the world/universe over and over, and the recurring theme of the story is to stop them and save the planet/universe. There are themes of Good vs Evil happening constantly, and it is made very obvious who the bad guys are. And though the FeSi never wishes for evil to occur, when it does, they shine in showing their bravery and strong willpower against it. Never giving up. Getting back up after every blow. Having faith. There is also a magnetic quality to this type which is exceptionally captured in the following:

“But it’s not just how strong he is, Trunks. Goku has this incredible feeling about him. When you’re with him, you just know everything’s going to be okay.” – Bulma

Si: is seen most clearly in another aspect of how this saga is meshed together. During the whole first series of Dragon Ball, Goku goes about fighting one opponent after the other and befriending them after their battles. In the sequel series (Dragon Ball Z) his friends, which have long outlived their practical plot-based use by this point still remain in the show – as spectators and “old friends” – which accompany Goku on most all missions, even though they are severely inferior in power than he and not really needed. This sense of camaraderie and loyalty is quite keenly Fe+Si, and the “Z warriors” stick together all the way to the end of the series.

Ne: Now, contrary to popular belief, it’s actually not too common for FeSi to be hardnosed and OCD, nor is Goku. That is just one particular shade of FeSi. The role that Si plays in the FeSi is only partly more significant than Ne. In Goku, as well as Naruto, it is seen how strong a role Ne can play in this type. More than once Goku let the clearly “bad guys” escape, believing there was hope they might change their heart in the future. The natural, perhaps naive optimism that Ne brings leads this type to have goodwill toward people, sometimes to their detriment. For Naruto, this show in the way in which he never gives up hope for Sasuke to return to normal. In Naruto’s case it is also in part due to stubborn clinging to Si-nostalgia for the good old times. 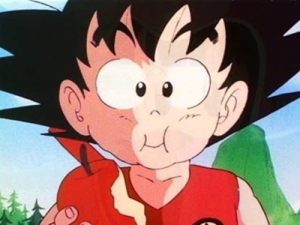 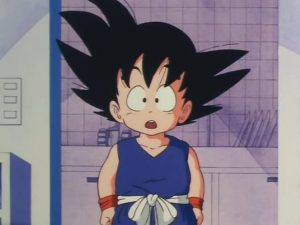 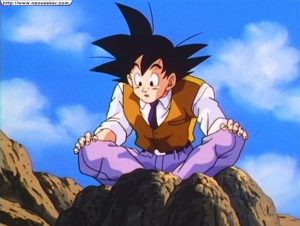 Notice the trademark Ne look of innocent confusion which can also be seen in Naruto. But then it can change from one second to the next into a very serious looking, stern Fe face when it comes to facing their enemies.

Unconscious Ti: is not seen very much in this show; even less-so than in Naruto.

A real life person that is this particular shade of FeSi is Jackie Chan.