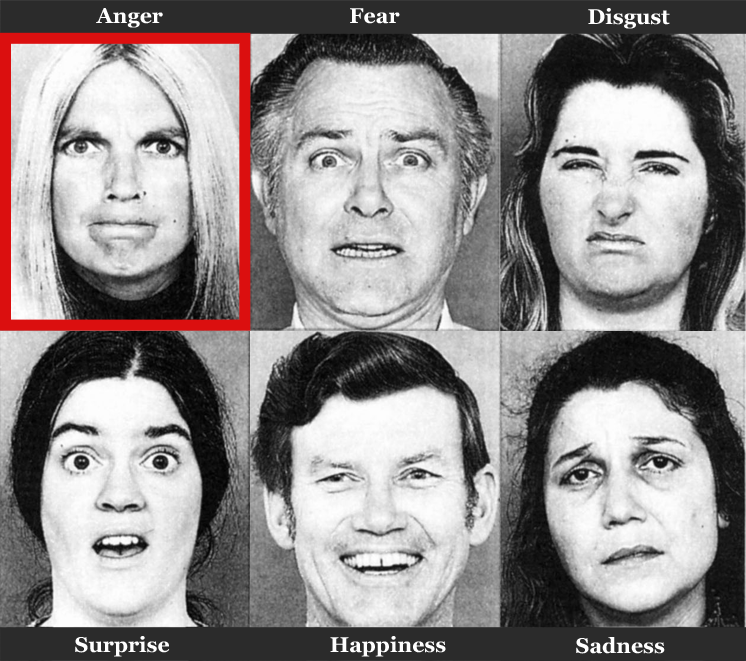 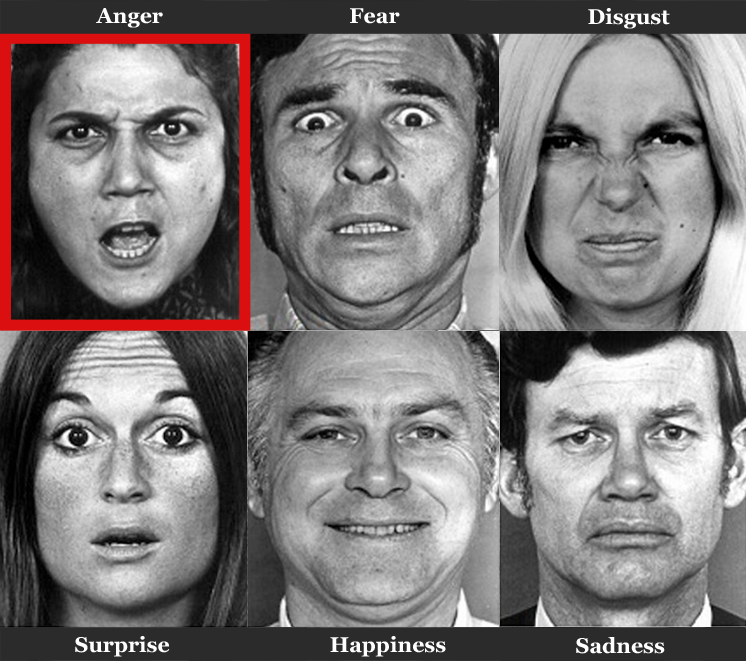 This signal indicates an internal experience of anger, aggression or disapproval. It’s an indication of negative emotion. The psyche is actively rejecting an idea, proposition or situation. This can happen in conjunction with a reply such as “how could you even think that!” or “I’m not doing that!”

In the CTVC, both Si and Ni utilize the brow in scowling as a means of memory recall. It becomes important then to differentiate when a scowl may be due to anger, and when it may be due to memory recall. The most straightforward way to identify the difference is the context. If a person looks off to the side and says “Where did I first meet her, was it in Miami?” alongside a scowl, we know the scowl is a recollection. If a person looks directly at you, and says “That’s not what I told you to do” then we know the scowl is from anger. The Anger expression is accompanied by a glare, often directed at their subject, while the Pi expression is retracting their gaze from the literal world to pursue an inner memory (Pi). This causes Pi’s eyes to break eye contact, or if contact is kept it’s because they have zoned-out or dulled their eyes as they retreated inward. The eyes then remained fixed forward, but the person’s attention is absent.

Another point of confusion might occur with the mouth of Anger and Fi’s signal of disgust or snarling. While the Anger expression sometimes has pouty lips, at other times it’s combined with a sneering – which probably has its roots in the instinct to display one’s fangs as a means of intimidation. This will cause an upward sneering to occur, but we mustn’t confuse this with Fi’s resting tension. Here is a diagram showing Fe users with a sneer:

As you can see, the upper lip is slightly pulled towards the nose. However, there are multiple differences between this expression and that of Fi’s snarling. Chief among them is:

When anger or disgust are displayed by an Fe user, the mouth will lack the “H” shaped pulling around the rest of the face. Without this signal, we cannot suggest the snarl emerges from Fi. Additionally, the timing of this expression will be different — often following aggressive or disapproving commentary. Inversely, Fi’s disgust signal is an automatic/incidental expression that often happens with little connection to an actual subjective experience of anger/disgust. The mouth of Fi snarls upwards just as often in moments of joy. If an individual continually demonstrates an anger/disgust signal like the above, while lacking the “H” shaped Fi tension, this suggests a constant underlying anger is present in the person that is not due to Fi but simply due to an emotional attitude.