Note: This article is due for a refresh; some information may be outdated.
Delta types are those with Fi-Te & Ne-Si as their oscillation pairs. We have seen that among all delta types run themes of quirkiness and nerdiness. Whether it’s in the form of the eccentric nerd, the walking encyclopedia, the unsocial yet sensitive seelie, the tinkering collector, or the fantastical entrepreneur – all share the qualities of independence and off-beat spontaneity. They are imaginative but not always to any conventional means. They are efficient and productive but also quite scattered and roundabout; expending energies in novel directions with signs of promise or resonance with deep personal conviction.
Like the alpha types, deltas will have a higher level of leniency toward human failure and weakness. They will aspire to create an arrangement that allows for privacy, freedom and functional support. At their best, delta types will be keenly sensitive to the most ethically sound position, however obscure or unconventional, and find novel ways to organize their life to suit that ethical sense. They may also pioneer a new field of study, trailblazing into uncharted territory with the empiricism and mentality of a researcher and the heart of a child.
In their worst form, their nerdiness can manifest a rather autistic persona and mechanically-minded detachment from people. A father may be an expert at tennis, with halls of trophies in his house and a CEO position, but have an aloofness toward his children; a lacking parental touch. The emotionally oblivious delta type can remedy this by turning their attention within. A connection with their own private world is necessary for this quadrant to avoid the desensitizing steel of capitalism and allow for a convergence of life and work. 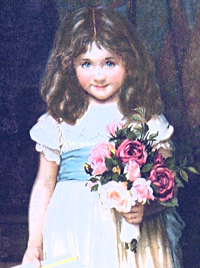 The delta types have a variety of energies which manifest from different developments. On one hand, their energies may be militant, bureaucratic and business-like. One the other, they can be dreamy, forlorn and whimsical. In most cases they’re at least a little bit quirky, and share a certain aura of eccentric practicality and historical affinity.
If the delta is proactive, they will often be quick witted and clever. Like gamma types, they will retain a degree of distance between themselves and others, but their energy isn’t so much poised as it is elusive or flighty – like a butterfly who plays with you, but which you can’t quite catch. As they drift from topic to topic they leave a sparkly trail behind which others may find magical. Yet, their fantastical energy can also appear tragic, as they radiate a raw emotional atmosphere which can be as merry as it can be pained.
Conducting deltas can also take well to logistical positions and practicality. For these types, their energy will be a bit uppity and responsible, like the old librarian lady who asks you to keep it to a whisper. Or the strict inspector who leaves out no detail in the report. Here, their Fi particularity translates over into logistical particularity. Notwithstanding this aura, even conductor deltas will carry a somewhat humorous or witty edge to them, which accompanies their every word and gesture.

This type is the epitome of the Fi fairy archetype, and the most like the typical INF description. Very dreamy, with head in the clouds. Child-like and a bit magical. Usually artistic, sensitive, ephemeral and highly receptive to ideas and to the hearts of others. Prone to love experimenting with their own identity and making a somewhat eccentric artpiece of themselves. Colorful. Sing-songy. Whimsical. Almost always seelie, but can also be very private. Very curious. They are deeply affected by the world, but are ever-guarded underneath.
Samples:
– Evanna Lynch
– Florence Welch
– Regina Spektor
– Aurora Aksnes
– Linda Liukas

Fi+Si (SiTe-Fi, FiNe-Si)
This is a very nostalgic, gnomish, and seelie sensitive type. Not having the spunk or energy of the Ne+Fi types, they are more mellow and slow-paced but every bit as disarming in their composure. People of this type appear a little odd, often making unusual but forgivably innocent facial expressions and having a soft, whispery voice along with a grandpa aura. They may enjoy hiking, painting, bird watching, nature walks and other earthy activities which call deeply upon private resonances.
Samples:
– Mark Rylance
– George Bush
– Ben Carson

This type is the epitome of the pragmatic logistics expert. Very intrigued by how causalities work, and quick to discover how to steer logistics in any given direction. Efficient, economical, often political and dutiful. Cautious with radical changes, preferring incremental refinements. Although often seen as uptight, they have their quirky side which comes out in a witty (often knee-jerk) sense of humor. Can be very loyal and supportive (usually financially) to those they care for, and for causes they believe in.
Samples:
– Mitt Romney
– Brian Williams
– John Kerry
– Elizabeth May
– Ted Cruz

This type is the innovative but scattered entrepreneur. They have a powerhouse of creative + logistical energy. They’re funny, having a fast pace sense of humor and off-the-wall commentary. They’re usually always juggling multiple interests (often nerdy/science-y), and tend to perform well in all of them. Busybodies. Can be found in just about any profession. From researcher, to biologist, to economist, to artist, to dancer, to physicist, to vlogger. Multitaskers. But can also be scatterbrained and miss things. Prone to make many logistical miss-steps as their Ne upsets the structure of their Te.
Samples:
– Eesha Khare
– Vanessa Woods
– Stephen Colbert
– Phillip DeFranco
– Conan O’Brien