Note: This article is due for a refresh; some information may be outdated.
Alpha types are those with Ti-Fe & Ne-Si as their oscillation pairs. In the four alpha types we find a special sense of humor which invites social participation and calls upon culturally known (and “safe”) memes. And since humor relies heavily on the unexpected, the more Si-heavy alpha types can manifest as being cliché and unoriginal in their socialization style. But if Ne is engaged creatively they may be great hosts and entertainers, surprising guests with their off-the-wall commentary. The alpha types will try hard to create harmony and will be quick to see solutions for social arrangements. They will be optimistic about avenues for connection, diplomacy and peace.
On the flip side, these continued efforts to gain and maintain a positive social opinion may be overdone, raising suspicions of neediness and lack of personal identity. They may become social doormats, keeping their hands full with the troubles of others and the obligations they put themselves into. Their receptiveness to alternate ideas may backfire and cause them to listen too eagerly to information, especially if it comes from sources predetermined to be accurate.
But this quadrant does have a special countermeasure to these shortcomings in their philosophical edge. In their best form, the alpha quadrant’s ideas will be constructed from axiomatic logic as it pertains to human nature; specifically coordinated at an improved societal architecture. They may be the idealists which remind the rest of society that collective opinions create the limitations we perceive as so unmovable. 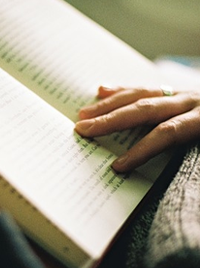 The energy of alpha types will have a feeling of incompleteness to it, even when they assert matters with confidence. They will lack the final layer of polish – the wax coating – that Betas and Gammas so often have. This, combined with their desire to be shepherding at times results in a casual parental energy. Alphas, with their technical speech and history-referencing advice, create an aura that is informative but also earthy. Many may lead rather humble lives and develop an affinity for familiarity and community. Others may also make a habit of giving this parental advice and can appear naggy and repetitive. Their sense of diplomacy may add to them an equalizer quality, both socially and conceptually, as they strive for universal etho-logical convergence.
For conducting alphas, their energy carries an element of stability and dependability. There is an appreciation for the time-tested and a level of respect for past lessons learned. For a man, we may sense a jolly lumberjack vibe: a brawny, earthy laborer. For a woman, the equivalent may be a stay-home mother aura or that of an elementary school teacher. And on top of this base aura will be a playful and silly energy which invites a level of acceptable spontaneity.
For revising alphas, this unprepared energy will augment itself further into an aura that is speculative, open-ended and philosophical. The philosophical element of revising alphas, when prominent, will have crossover with the parental element of alphas and create a ragged professor. There can be a sort of historian or librarian energy to alphas, especially when the worldview function is strong. If instead the explorer energy is more emphasized, the alpha will be childish and quite malleable both socially and conceptually.

This type is the armchair philosopher. He who loves questions for question’s sake. A disconnected speculator of everything, which likes to use a combination of language and mental object manipulation to churn out different hypothetical scenarios and arrangements; aiming to arrive by this activity closer to some universal axioms of life or the nature of the universe. But maybe just as well doing it for the joy of mental exploration. Can be artistically inclined, often creating fantastical creatures or stories. Quite absentminded and impractical.
Samples:
– Matthew Gray Gubler
– Adam Savage
– Lawrence Krauss
– Jason Brammer
– Arin Crumley

This type is the scholar; a thinker who thinks in very historical terms and develops a view of the world that is chronological, coherent, and cohesive. Usually experts on a few personal topics, they will have a very nuanced understanding of their subject matter that goes far beyond the typical definitions and into subsets of their own interpretations and philosophies. For them, conclusions are only the end trails of a long ancestry of Ti data-sorting. And so to explain any one point, the scholar often walks you through the entire deductive pathway, as a narrative. Prone to be dry.. TL;DR …but feeling that sharing anything less than the whole background material would make the conclusion less useful to others. Unlike the Ti+Ne types whose knowledge relies a bit more on pure deduction and “a priori”, their conclusions and philosophies are only supported through an elaborate material database and lead to very earthy, grounded answers… but answers one wouldn’t normally come to without going through such meticulous care.
Samples:
– Noam Chomsky
– Lynn Hoag
– David Abram
– Mark Kessell

This type is inclined toward the parental; to discovering things about the world and sharing their learning through guidance/council/storytelling/coaching. They see the world as a journey in which we meet others and learn from others. Share in their pain, and give/take back. Participating in that emotional economy. Often interested in anthropology, and the customs of other cultures and people. Having an affinity for the little idiosyncrasies of those traditions and enjoying participating in the “community” sense offered by that established set of roles. Passing wisdom on to children. Seeing the unbroken timeline between the past and present.
Samples:
– Thomas Moore
– Alain DeBotton
– John Francis
– Tony Robins
– Tom Cruise

This type is charismatic, charming, funny and sociable. They would be suave except they’re a little too goofy to be suave, but it comes out charming nonetheless. Affable, generally using humor to grease the wheels between different personalities; prone to use themselves as the clown in the process. But also passionate, motivated to “do” and to make something that others can enjoy and partake in. Humanitarian at heart, and compassionate towards groups of people. Wanting to use the power of optimism and courage to inspire others.
Samples:
– Terry Crews
– Dwayne Johnson
– Michael Strahan
– Jim Carrey